Why I'm Nominating Leah Remini For a Profiles In Courage Award

Kira Davis
|
Posted: Feb 01, 2019 12:01 AM
Share   Tweet
The opinions expressed by columnists are their own and do not necessarily represent the views of Townhall.com. 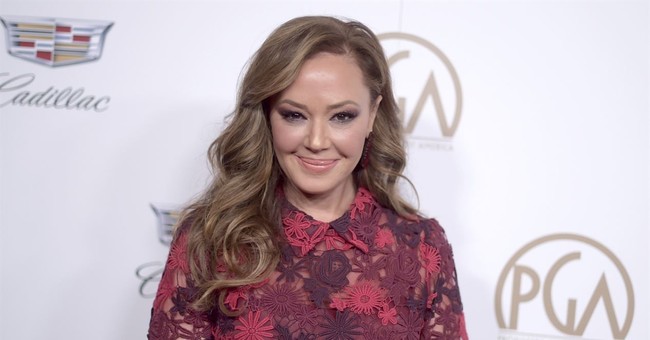 I’m nominating Leah Remini for this year’s John F. Kennedy Profile in Courage Award. Let me tell you why.

For as long as I can remember I have been obsessed with the “religion” of Scientology. As a child I was a big fan of L. Ron Hubbard’s science fiction writing. My mom used to get me a subscription to Isaac Asimov’s monthly sci-fi publication and often there were short stories from Hubbard.

One day I mistakenly checked out his Scientology handbook “Dianetics” and while I was grossly disappointed to discover it was not the sci-fi romp I’d hoped for, it did launch my lifelong obsession with the weirdness that is Scientology.

By the time Leah Remini’s very public denouncement of her former religion came about I had probably seen or read nearly every available documentary or publication challenging the Church of Scientology (COS).

This is where I need to stop for a moment and offer Ms. Remini a sincere apology. I don’t know if she reads much of her press, but even still I owe her this much. When Remini first started making the rounds on the talk show circuit and wrote a book about her split from COS, I thought perhaps it was a publicity play; an actress was looking for some attention and trading on her involvement in a sketchy cult to get it. Having now seen every episode, outtake and trailer from her award-winning show Scientology and the Aftermath I now have no doubt she is 100% serious and sincere in her desire to see the vicious COS dismantled for good.

And vicious is the right word to describe COS. You don’t have to look very far to learn about the tactics they’ve used to control their members and destroy their detractors. Remini’s own show spends a lot of time highlighting and talking to people who have been harassed, followed, threatened and litigated into submission by COS - including her faithful friend and co-SP (suppressed person) Mike Rinder, a former big-wig in Scientology.

Episode after episode Rinder and Remini profile horrific stories of brainwashing and forced imprisonment, child labor and forced abortions, smear campaigns and aggressive litigation against detractors. Many of the activities COS has been accused of are definitely illegal. There are heart wrenching stories of children being separated from parents and forced to work in what are essentially labor camps.

There are stories of people who have had to flee the COS compound in the dead of night, in the trunk of a car, or sometimes just deliberately causing a public scene so the police have to arrest them and take them into custody.

Others have lost their livelihood and businesses to the egregious litigiousness of COS. In fact, the Church of Scientology can call themselves a “church” because they incessantly and scandalously harassed and sued individual IRS agents for years until they agreed to push through the COS application for tax-exempt status just to make it all go away.

When Hubbard decided he wanted an entire town for his organization, COS began a methodically calculated plan to take over Clearwater, Florida. This plan reached full steam after they were able to successfully slander and smear (the late) mayor Gabriel “Gabe” Cazares who fought for years to warn Clearwater and America about the nefarious intentions of the cult.

The COS knows no boundaries when it comes to destroying the lives of their critics. They have no shame, seemingly unlimited resources and are protected by their tax-exempt status by the very government that is tasked with protecting its citizens from abusers and predators.

It is for this reason that I believe Leah Remini should receive the John F. Kennedy Profile in Courage Award this year. The organization’s website defines the award as one that “recognizes a public official (or officials) at the federal, state, or local level whose actions demonstrate the qualities of politically courageous leadership in the spirit of Profiles in Courage, President Kennedy’s 1957 Pulitzer Prize-winning book, which recounts the stories of eight U.S. senators who risked their careers by embracing unpopular positions for the greater good.”

While the award is particularly set aside for public officials, it has in the past been given to those outside elected office including “the people of Egypt” and Liberian peace activist Leymah Gbowee. It’s also worth noting that Christine Blasey Ford has been mentioned for this year’s award.

Scientology has demonstrated the ability to destroy careers and lives. They are not some funny little sci-fi cult with a deranged leader. They are dangerous and loathsome. They are criminal and their criminality has been aided by both local and federal governments. Remini isn’t just taking on this behemoth organization and all that entails, she’s taking the government to task. One can only imagine the legal fees she’s amassed thus far trying to protect herself and her family. Yet, she continues on. For the greater good.

Even though Scientology reaches far enough to affect her acting career, even though she knows what it can do to her family, even though she knows she will be putting a target on her back perhaps for the rest of her life, she is still marching forward and loudly proclaiming the dangers of this cult that has been publicly tolerated for far too long.

Remini isn’t the lone voice out there crying for people to pay attention, but she has thus far been one of the most effective and given the enormous pressures she’s up against in the name of justice, I think she is an excellent nominee for the Profiles in Courage Award. If the award is about “politically courageous leadership” then Remini’s  struggle to strip Scientology of its tax-exempt status and hold it accountable for its many crimes against humanity is the embodiment of this award. If the nominating committee has any cojones they’ll agree.