Kimberly Fletcher
|
Posted: Oct 03, 2018 12:01 AM
Share   Tweet
The opinions expressed by columnists are their own and do not necessarily represent the views of Townhall.com. 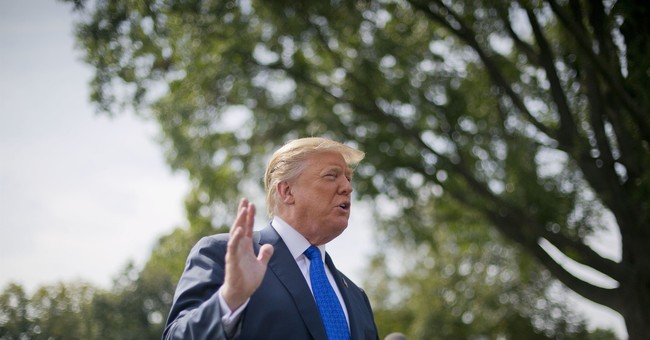 Anyone who read my articles leading up to the 2016 election knows that Donald Trump wasn’t my choice. No I did NOT support Hillary. I wrote in Ted Cruz because he’s a constitutionalist statesman and I thought he was our best bet at getting our country back on track. It was very clear to me, however, after waking up the day after the election that Donald Trump was the only one who could have pulled off what happened in 2016. The tsunami of hate that ensued against President Trump and anyone who even remotely supports him has just confirmed why it is he won--and won so big.

The American people have been bullied, ignored, mocked, and even vilified, from an elitist class of media and politicians for decades. We’ve been choked with a barrage of burdensome regulations stifling our family businesses and ever-increasing taxes that make it hard to stay ahead each month. We’ve been labeled as potential terrorists for owning guns and reading the Bible, extremists for bringing up the Constitution, and uncaring idiots when we don’t agree with unconstitutional laws and over-reaching government policies. We’ve been targeted by the IRS, threatened by the Justice Department, maligned by members of Congress, and relentlessly disparaged by the media.

As Rose Tennet recently stated at a Phyllis Schlafly Eagles Conference, “We didn’t need a Saint, we have plenty of those.  We didn’t need a savior, we have the one and only. What we needed was a Bodyguard.”

And that, ladies and gentlemen, is what we got! Donald Trump is the bodyguard for freedom, the Constitution, and the American family. He goes toe to toe with the mass of bullies who keep referring to themselves as media and mops the floor with them. The American people came face to face with “Fake News” when the Tea Party movement—a literal cross section of the American people—rose up to fight big government. We were called racists, radicals, and mean-spirited. Nothing could be further from the truth but truth isn’t what the media care about.

A bodyguard needs to be strong to face brutal dictators and elitist bullies. Strength is what we got from Donald Trump. That has been even more evident through the Kavanaugh confirmation process. Most politicians and presidents would shrink from the vicious, relentless, underhanded attacks from the Democrats—Trump calls them out. He even mocks them. And the American people love it because they see it for what it is—a diabolical scheme to shatter the Constitution and destroy the very fabric of our nation.

What they have done to Judge Kavanaugh is despicable beyond any comprehension. We saw a clear representation of the real deplorables in our country—from the Democrat members of Congress who orchestrated it to the radical feminists who implemented it. They came at Kavanaugh like ravenous attack dogs, not because he is unfit to serve but because he is. The last thing they want on the Supreme Court is a constitutionalist judge who will strictly interpret the Constitution because their agenda is unconstitutional.

The American people have already spoken on this issue. When Donald Trump ran for president of the United States he didn’t just say he would nominate constitutional judges to the bench; he released a list of the judges he would choose from. It didn’t matter who the president chose to replace Kennedy. They would have been relentlessly attacked by any means necessary to stop the confirmation. But they underestimated the Bodyguard on duty.

I have been more impressed by Donald Trump than ever before this week. He has called out the obstructionist senators using their grandstanding speeches and diabolical smear campaign to raise money for their future presidential elections. He has called out the media for their obvious one-sided “reporting.” And more than anything, he has stood by a good man. He hasn’t, like many of his predecessors, shrunk from the fight. He has, unlike many members of Congress, shown great strength amidst the storm. Strength is what we need now more than ever—strong men and women in Congress who serve the American people with honor, respect the rule of law, and defend the Constitution at all costs.

I guess you could say Donald Trump is America’s candidate.  He’s hated by politicians in both parties and supported by Americans from all parties. He is the outsider who can’t be bought and the bodyguard America needs.

Even America’s Bodyguard can’t do this on his own, however. We need strong, constitutionalist statesmen at all levels of government. If you were as disgusted as I was by the grandstanding fiasco and public massacre of Judge Kavanaugh last week, then take that disgust to the polls on Election Day. We can’t afford to sit home. Our very Republic hangs in the balance and the stakes are just too high.

Now I know what Phyllis Schlafly saw when she endorsed Donald Trump. We didn’t need a saint or a savior. We needed a bodyguard. And we got one!

I didn’t vote for Donald Trump in 2016, but I’ll be skipping to the polls in 2020 to vote for him. And after the way Democrats crucified Kavanaugh for nothing more than political gain, a lot of women are saying the same thing.