Kevin McCullough
|
Posted: Sep 05, 2021 5:00 PM
Share   Tweet
The opinions expressed by columnists are their own and do not necessarily represent the views of Townhall.com. 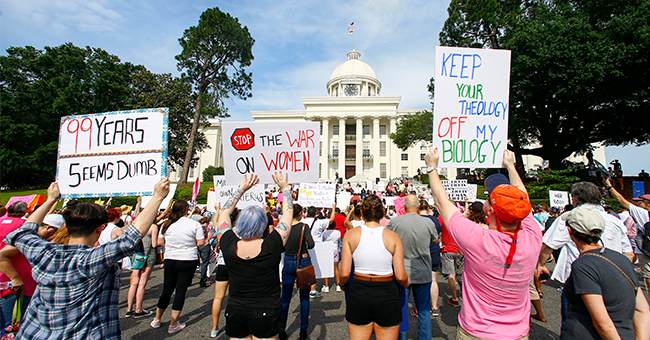 You know that old adage, “A stopped clock is correct twice a day?”

Well let’s give credit where credit is due, any 75 year old woman who is advising younger female adherents to avoid casual sex is just such a truth telling virtue seeker.

Either that or an old embittered hag who hasn’t had the opportunity for true love in more years than she’ll ever admit to.

In either case the advice being passed on by said embittered advice giver is sound.

In case you missed it, that’s exactly what Bette Midler advised this week, "I suggest that all women refuse to have sex with men until they are guaranteed the right to choose by Congress.”

Truly significant of course because every woman under 70 follows so closely the advice being handed out by the former actress and musician. But also noteworthy because she inadvertently gave said young women the best advice possible.

Sure she’s “protesting” the “moral outrage” of saving human beings who have measurable heartbeats. She finds it despicable that the LAW would dare to protect a creature with 100% human DNA AND was actually alive.

She objects to a law that clearly states that a person with a beating heart is legally protected from being murdered in our society.

So the best she can think of is to encourage presumably younger unmarried women to deny men sex because of the law.

Which prevents the need for the law to exist in the first place.

Woke keyboard warriors took to social media accounts all week attempting to come up with some witty thought that could explain to their followers in 280 characters or fewer why the law was so obscene. Yet they all fell short.

It doesn’t really matter how witty you think it is to have pair of ovaries “flipping the bird,” or screaming about the right to “health care,” you wish to convey, this law comes down to one central truth.

If a person’s heart is beating—he or she is alive.

That we’ve had con-artists attempt to sell us some twisted half-truth otherwise since 1973 changes nothing.

In fact through very advanced technology we’ve learned an immense amount about just how developed that little person is. Whole generations of brothers and sisters have had a chance to see their sibling in the womb — increasingly in full color long before their birth.

Make no mistake one of the reasons the last 8-10 freshman classes in college have been so markedly against abortion is because they have not been forced to take it on faith that life is in the womb—but that they’ve witnessed that life for themselves.

The fact that an abortion takes an innocent human life without regard to its humanity and biological potential, does not diminish its importance or value.

After all we were all once in the same situation.

We were all extremely fortunate to have had a mother, father, and doctor who didn’t randomly decide for us that the world would be better without us.

By curbing the random sexual appetite and habit of those thoroughly unprepared to take on the care of an additional human life, then abstaining from such circumstances that would bring it about only makes sense.

And though she’s far too dense to understand that, Bette Midler is assisting the universe in getting that message out there.

So good on her!

Go on a sex strike young ladies! Keep unmarried and non-committal men out of your bed and body. You will thrive in ways you can’t imagine, and you will have another sense in your life Midler may not have anticipated either.

Confidence that you, your heart, mind and body, are doing the greater moral good for yourself and those who will yet come to populate your life.

And every unborn female whose heartbeat is thumping this minute will someday look back and say, “Thank You,” because you did!