Kevin McCullough
|
Posted: Jul 12, 2018 12:01 AM
Share   Tweet
The opinions expressed by columnists are their own and do not necessarily represent the views of Townhall.com. 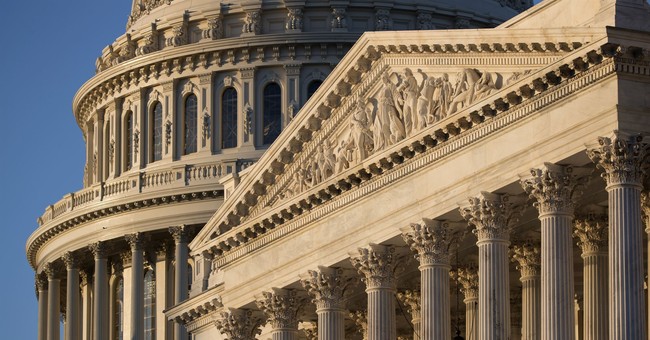 The ugly mouth-foaming on the footsteps of the Supreme Court of the United States on Monday evening, following the naming of President Trump’s nominee, proved a simple truth. Actually it was nothing more than the latest piece of evidence entered into exhibit in the indictment of the left concerning this truth.

What is this said truth?

The left doesn’t just hate America, it wants literally nothing to do with her!

In several different ways they have proven this over recent years, but the raging hysteria that some seem to be exhibiting now is unmistakable in how it points to the fact that the core left in America dislike, disregard, and have no use nor attraction to traditional American values, ideas, and culture.

Let me just highlight a few.

SCOTUS - The American left does not want any justice who is able to be classified as an “originalist.” Think about this for a second. The document that we have constructed all of our society around, is literally disdained. They’ve no use for original intent, language or meaning of what the founders wished. They dislike the words on the actual paper. They don’t want judicial opinions that reinforce those words. They literally want justices who will dismiss them. They want it to take wholesale meaning other than what it does.

CANDIDATES - The American left greatly desires a different breed of candidate for modern elections. In short they want socialists. Think Alexandria Ocasio-Cortez, a former Bernie Sanders aide, who after displacing a moderately traditional democrat immediately shot to stardom as the “new face” of the Democratic party. They desire European modeled programs. They give deference to foreign entities—even those who despise us (Iran.) They appoint judges who undermine the Constitution. And their last national leader literally—as President—apologized for our nation. They even demand abortion—not to be “safe, legal and rare”—but rather literally—on demand—the killing of our own citizen’s offspring—hence our future “us.”

BORDERS - The American left holds no exceptional idea of America therefore they see what we have here as really nothing much worth protecting. They desire policies that erase boundaries. They’d love wholesale “openness.” They’ve introduced legislation—this week—that seeks to prevent security and enforcement of immigration law. This should be no secret though. After all, practically speaking, they need an influx of new bodies (voters) because they dislike and have no desire to “convince” genuine American voters to their viewpoint. They’ve also strongly encouraged the aborting of 66 million voters.

FAITH - The American left sees deeply held convictions, beliefs and practice as always the enemy of their distinctly (non-American) “progressive” goals. Any faith system that advocates an objective morality is in their crosshairs. But any faith that encourages its observers to practice a holistic life of said belief is of special concern. Hence any use of the Bible, the God of the Bible, the Jesus of the Bible must be shut down, repudiated, mocked, shunned, and eventually eliminated. They feel this way because of all the things that faithful Bible believers, Evangelicals, Catholics, Jews and others also hold to as a result of their faith. They dislike the defined morality, the self-limiting practice of sexual activity, the overt taking of responsibility for the consequences of such. They feel judged by all who simply disagree with them. And for them simple agreement to disagree isn’t sufficient. As it pertains to faith, moral codes, and the simple question of right/wrong the left wants there to be no objective truth. They want no definable outcome of good versus bad. They are dependent upon it for the rest of their worldview to hold up. But simply knowing that someone, anyone has an opposing view bothers their conscience and this is something that weighs on them when no one else is around.

The truth is they hate America, because in large measure they refuse to know truth. And without knowing truth, finding and doing good—which in large measure is the only thing that brings real happiness—is elusive.

The theological, cultural and political left dislike most things about “America.” Very few have little if any wishes to sing patriotic songs. To mock the true Americans who do, comedians on Netflix would rather have a “patriotic parade” celebrating abortion—the killing of future Americans—rather than the formation of our liberties. They daily are forced to sort of an imaginary (if not literal) sitting in the corner rubbing their arms and rocking back and forth repeating to themselves how “embarrassed” they are at the President and even more so his supporters.

And what is the President’s supporters’ great crime?

A literal love of America and to see her elevated as “great.”

It’s an astounding reality, but Democrats do not love America. They love nearly everything opposite her, and are intent on creating her into everything other than what she can be at her very best.

What a sad thing to not realize the very blessing they enjoy!