Kevin McCullough
|
Posted: Oct 23, 2016 12:01 AM
Share   Tweet
The opinions expressed by columnists are their own and do not necessarily represent the views of Townhall.com. 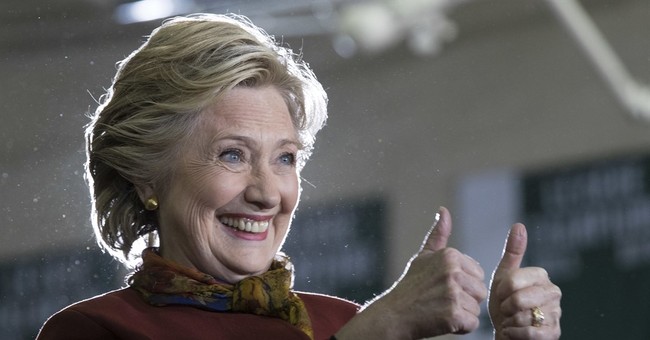 This past week, a talk radio colleague created a stir when she asserted that those who were refusing to vote for Donald Trump on moral grounds were both misguided but also hypocritical.

She went so far as to describe those that did not choose to support the only candidate who can defeat Hillary Clinton as in essence supporting the expansion of abortion.

Laura Ingraham was correct in her assertions.

Though I do not make any assumption of intent to do so, I very much agree that those who refuse to stop Hillary, are assisting her efforts. On the campaign trail this year she has pledged to quadruple the current tax-payer funding of Planned Parenthood. We currently send more than one half billion tax dollars to the organization that kills 387,000 children per year (and increasingly in turn makes more money from the selling of their body parts.) Hillary has pledged to quadruple these efforts.

So if you’re comfortable with Hillary Clinton spending two billion of our tax dollars (money you work hard for to feed your kids with) to kill upwards of 1.2 million children, then do nothing.

But the moral mandate to oppose Clinton goes far beyond the killing of unborn children.

Her economic policies would continue the choking regulations on small businesses. Doing so means fewer jobs are created. Fewer people feeding their families. Fewer people doing good with their tithes and charitable giving. Fewer resources to ever help those who have fallen through the cracks. She has no plan to address the issues of the urban centers. She has not met and formulated action plans with community leaders in Detroit, Chicago, Philadelphia, Baltimore, and DC. She has no plan to help end addiction, dependency, and entitlement drains. She is fine with allowing those who are suffering to continue to suffer, so long as they vote for her. This approach is morally wrong, not merely fiscally.

Her national security positions are impossible to trust. She openly flaunted national security concerns by installing and using a nearly completely unsecured server. Her shrug-of-the-shoulder approach to classified information being left vulnerable on her server stood in sharp contrast to nearly every military or intelligence official who has had their statuses revoked for much smaller infractions. Considering also that the FBI agents who worked the case investigating her unanimously felt she should never be given a security clearance again should be telling. Considering that the six DOJ attorneys who worked her case believed she should’ve been prosecuted should seal the deal as to whether the moral trust the nation will have to put in it’s top intelligence officer. Indifference to the law is as immoral as breaking it. Her willingness to ignore the plight of the boys in Benghazi, lie to their families faces and ask Congress “what difference it made” also speaks to her willful and immoral lack of care for those in her charge. She is morally compromised, and demonstrated it while serving in government.

Her approach to the rule of law speaks loudly to the lack of moral code she would continue to encourage at higher office. Everything from encouraging Black Lives Matter to go further in disturbing law and order in their protests, to making smarmy and arrogant jokes while wholesale denying things we later found out to be true speaks to her own willingness to skirt any law that is inconvenient for her. She is without equal in public brazenness and overly prideful in defying lawful orders, subpoenas, and court instruction. Not ironically those are usually issued because of an earlier refusal to comply with written laws.

Lastly and perhaps the most important reason that she must be opposed on moral grounds is very simple: we’re not merely electing one person to one position. The president will bring with them nearly 3000 bureaucrats. Which leads those not committed to stopping Hillary to answer some tough questions.

For instance, what's the rigorous intellectual difference between what Laura Ingraham said and what conservatives have argued about democrats who claim to be pro-life but refuse to raise a finger to stop

Every argument made to vote for Bush in 2000 once Keyes and Bauer were out of the running was "he's better than Gore... even if imperfect." Every argument made for McCain was that while he may have not been a perfect conservative we would get more from him than Obama. The same for Romney.

You fight the battle for purity in the primary, but you should fight for the survival of civilization in the general.

It's not just Trump v Clinton. It's Pence v. Kaine. It's it's Christie vs. Lynch. It's Ken Blackwell vs. Cheryl Mills. It's a cabinet of competence vs a cabinet of corruption.

To continue to pretend that "doing nothing" is in some way being pro-life at this time is rigorously intellectually, and mathematically false.

It makes me uncomfortable to have to level such confrontation in writing. I have so many cherished friends who likely disagree with me here. But what I’ve said is true.

If you are not committed to stopping Hillary—especially on moral grounds—then you are helping her win.

And if good people choose to do nothing, then evil prospers.

Sir Edmund Burke would be the first to say so.

IRS Data Proves Trump Was Right About Tax Cuts
Spencer Brown
'We Made a Mistake': San Francisco Restaurant Backtracks After Refusing Service to Police Officers
Julio Rosas
CNN 'News' Anchor: My Party Needs to Be Like Mitch McConnell and Nuke the Filibuster
Guy Benson
Schlichter: You Get What You Voted For