"Uncle Sugar" Is Putting It Lightly 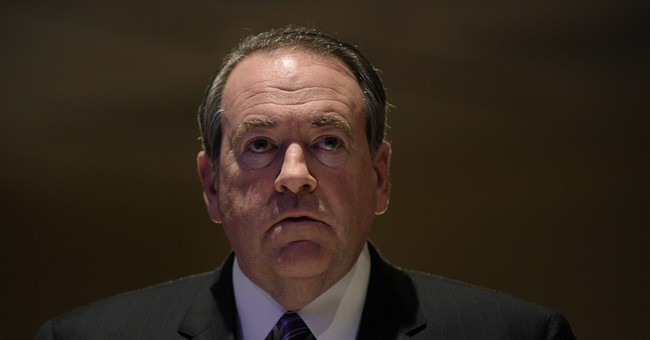 Evidently there is no longer a valid requirement to be able to diagram a sentence, pass basic English Composition--say on the sixth grade level, nor have any command of what used to be understood as "context" to land a job at CNN or NBC these days.

Dana Bash and Kacie Hunt what say you?

These two "journalists" were assigned the lapdog duty this week of reporting from the Republican National Committee meetings. Evidently their primary task was to send out inflammatory tweets. They are quite good at this--even if they have to lie to do so. Their abilities to begin flame wars in the Twitter universe was easily proven on Thursday.

Huckabee: Women "helpless without Uncle Sugar coming in and providing them ... birth control because they cannot control their libido"

The only problem both are blatantly false reports.

What Governor Huckabee actually communicated was that women are viewed by Democrats and the Democratic party as being victims who needed "Uncle Sugar" (elected Dems) to provide for them tax-payer funded birth control, because supposedly they should never say no to the idea of having a never-have-to-say-no sex life.

The Governor's actual sentiment was that women are so much more than their sex drive, that Republicans believe this, and that the messaging should be much more broad than what the progressive left continually pushes the discussion towards.

The left have an idea that ever denying oneself sexual fulfillment is in some way a betrayal to one's own true essence.

In multiple studies the differences are starkly noted.

In a 2008 study by Garcia and Reiber women by a margin of 25% are less satisfied the morning after a casual sexual encounter than men. One large sample (1400+ participants) Web-based study found that 1 in 3 women felt embarrassed by a casual encounter, one in four reported emotional difficulties, and one in five experienced an abject lack of respect following an uncommitted sexual encounter. In a recent controlled Canadian study of 200 women 78% experienced regret for sexual activity in an uncommitted relational framework.

None of this is surprising given that science has shown us that the body produces hormonal reactions in the bonding sexually of one person to another and when that bond in not committed and reinforced the reaction to the breaking apart is toxic.

So Governor Huckabee's assertion that progressive leftists want women to be dependent upon items that help erase consequences of what nature causes to happen naturally in the framework of a permissive, disrespectful, and dishonest sexual context is--in a thought--entirely correct.

The Democratic party tells women to have as much sex as they wish, to use birth control and abortion to eliminate the "consequences" in doing so.

Women's own conscience, physiology, and emotional make-up know that this mentality is dangerous--even harmful to them emotionally, physically, and spiritually.

The societal engineers that want leftism to be the dominant worldview in our culture--by necessity--must tear down traditional morality. Yet that's not because of their desire to empower women.

It's done to enslave them.

It's also one of the reasons why fewer and fewer women fall for the feigned outrage of "reporters" like Bash and Hunt, or "leaders" like Wasserman-Schultz.

The selective idea that you can be a sexual slave to one idealogical group and be in essence empowered and free in the other areas of life is laughable. It's why no one took Sandra Fluke seriously. Who honestly ever has need of $3,000 dollars worth of ta-payer funded birth control? Well less-than-dignified persons who dislike themselves a great deal--maybe.

But not healthy, normal, vibrant people.

I know it's a lot to ask of CNN and NBC, to require their reporters have a basic grasp of the English language in order to be able to report on political stories.

But I think a lot of women that I know personally, and many million more who listen to me each day, would much prefer to reserve the angst and anger towards men who disregard the needs and cares of women for those who demonstrate true dastardly intent.

And since more than 98% of women would choose never to have an abortion, except that a powerful (read that progressively liberal) man in their life put immense pressure on them to do so, I think we've got I good place to start.