"I've Never Had A Job That I Was Better Than" 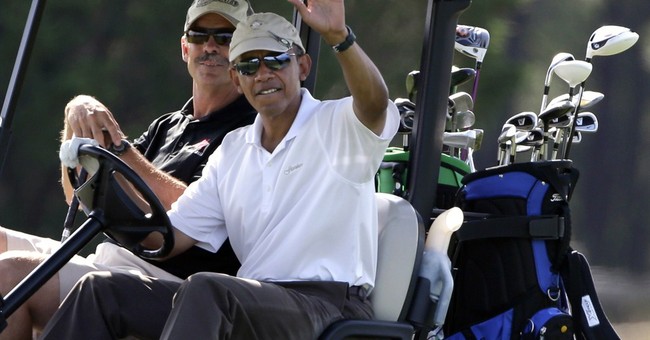 For many years I've made a fundamental assertion about the American culture. There is a divide within the U.S.A. that is more divisive than homosexuality, abortion, and just about any left/right debate that can be imagined.

The trouble is it shouldn't be.

The singular difference that separates the two halves of America is repulsive, but it is dressed up as compassion. The issue creates enslavement, but the reality is--it should be liberating. It is manipulated by "civil rights" leaders, though they profit directly from the slavery. It is held in silence in America's pulpits less someone think that in discussing it a pastor comes off as too self righteous.

It is the only thing that separates the income levels people achieve.

And it is the solution to nearly every problem that Washington DC seems to take great delight in making aggressively worse these days.

People will be labeled racist for merely bringing it up, though it has zero to do with the origin, race, nationality, ethnicity, or biology of a person.

In many ways this issue is both a sign of hope, and a sentence of death for the nation that America could become. So what are we to do about it?

The issue is a mindset, a way of viewing the world, when Americans awake in the morning.

On one hand a man swings his legs over the side of his bed, plants his feet on the floor, first thing in the morning and makes a personal vow to himself that his children, wife, and self will not eat unless he does his job. That the true success of their family depends on him, and he knows that he must take personal responsibility for them in order to survive.

On the other hand is a man who swings his legs over the side of his bed, plants his feet on the floor, first thing in the morning and makes a public proclamation that the reason he can't get ahead is because the world is stacked against him, he needs President Obama's help, his Obamaphone, federally provided health care, welfare, food stamps, and more.

Not all humans fit neatly or perfectly as one or the other, but their way of thinking does. One sees himself as humble, responsible, and morally obligated to serve his family for the good things in life to be enjoyed. The other sees those who have more than himself as people who are the problem and should be forced to pay for his suffering, misery, and failure.

Typically progressive leftists prop up many of those types as political pawns to enjoin votes from the disaffected masses.

Which makes the words that Ashton Kutcher said to the Teen Choice Awards so profound.

Kutcher is a celebrated actor, married to Demi Moore--who is considerably his elder, and appears to have maybe the most fun of anyone in all of Hollywood.

When he was honored by the Teen Choice Awards he even rebuffed their courtesy by saying he was the "old guy."

But it was his assertion following that joke that stood out in the viral internet noise this week.

He told the teens that to him "opportunity" in life, looked to him a lot like "hard work."

He told of a series of jobs he had before getting into acting--all of them manual labor, all of them non-ideal, and then he added what may be the most profound thing to be said by a member of Hollywood... ever.

Meaning he found dignity in the opportunity to work a job... any job... every job, and to provide for himself.

The fact that the video has gone viral with thousands of copies racking up millions of views across the web, only serves to reinforce how rare this message is today.

And yet he couldn't be more correct.

There is a dignity that comes from working hard, sometimes in life working even harder than what you believe is endurable, but with it comes the confidence that you will be prepared for a better opportunity (more hard work) when it is presented to you.

If every American adopted this mentality, we could become a debt-free economic machine that could feed every family in our borders and pour philanthropy across the globe.

But while we have administrative handouts, disguised as "programs that help people", we won't gain freedom--but rather extended enslavement.

And that is a sad picture of America's new tomorrow!