Why Obama Wants America to Fail 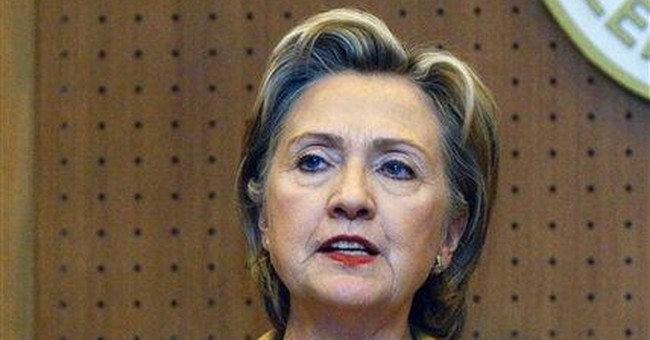 "Not letting a good crisis go to waste."

This idea popped up multiple times in the past seven days as multiple members of Obama's administration seemed to be in total agreement. Their conclusion: by not quickly solving the crisis of the American economy, we can create drastic social and structural change. Not surprisingly, this is the path even President Obama alluded to in his Saturday address to the nation.

On Saturday the President challenged his country to see its hard times as a chance to "discover great opportunity in the midst of great crisis."

But is that what "we the people" hired him to do? To use "great opportunities" to change the face and fabric of the nation?

So I don't find it surprising that recently even Obama supporters are now openly questioning his plan to revive the economy.

As of last month, we know that more than 55% of the American people wanted help for the economy to come primarily through the reduction of taxes. The same poll found that only a little over 20% think more government spending was the answer.

Whoopi Goldberg surprised even herself on The View this week, unintentionally criticizing President Obama's plan to tax the American people into better economic conditions. She doesn't believe that she should have to turn around and write a check to Washington DC for nearly 40% of what she earns.

Who could blame her?

Yet it is important to point out that there are now far more economists on record that have advised the President against larger government and pushed him towards tax relief, than those who supported the increased centralized control of a soft socialism that President Obama seems destined to aim for.

And "We the People" should be asking ourselves why?

If it makes no sense to the free market economists that populate the best economics programs across the nation, if it weakens the ability for the average family to make ends meet, and if it does not increase the number of people actually working, why is President Obama so stubbornly continuing to pursue his economically diabolical plan of destruction?

Because it's part of the master plan to "not let a good crisis go to waste."

President Obama knows the history of recessions and how Americans get out of them. He knows, for example, that if he gave back to the American family in just pure cash handouts what he is instead planning on taxing them (with interest) in the days to come, that the number would loom between $25,000-$65,000 per family, for every family in America.

But pretending to be doing something about the problem is only half the strategy for Obama. He truly intends to see socialized health care, and European styled labor agreements become reality in America. He knows the consequences of doing such things, he's seen all the projections and what the outcomes would be, but he's doing it anyway.

But there is one tiny problem standing in his way to getting there--"We The People!"

He knows that in order to be forced down paths that we don't wish to go, the only way he gets us to change our mind is to create abject suffering and misery.

Then in Venezuelan styled cries for help, he can promise to take America to a better place economically, a place of greater care, a place of true serenity. A place like Venezuela.

Rachel Maddow told Jay Leno this week that she found it "creepy" that someone would want the President's policies to fail.

I find it creepy that Rachel Maddow is so ignorant that she refuses to think analytically concerning her President's plans for this nation. After all she is one of us--"We The People."

President Obama and his team do not intend to solve this crisis as quickly as they possibly could--like he promised on the campaign trail. Instead, his intention is to let us bleed until the whimper we are expressing now finally builds into an all out, gut wrenching, cry of anguish. He does not care what must be done to arrive at that reality, only that we arrive there.

Many think the Obama administration is incompetent, and surely they've proved this, from the vetting of their appointments to handling the limited foreign relationships they've entertained thus far.

But on the domestic agenda they are as sly as foxes, and our future is the henhouse.

And in refusing to allow a "good crisis" to go to waste, the strategic move to remake Amerika anew has begun.