7 Takeaways on the Biden Presser

Kevin Grieve
|
Posted: Mar 27, 2021 7:09 AM
Share   Tweet
The opinions expressed by columnists are their own and do not necessarily represent the views of Townhall.com. 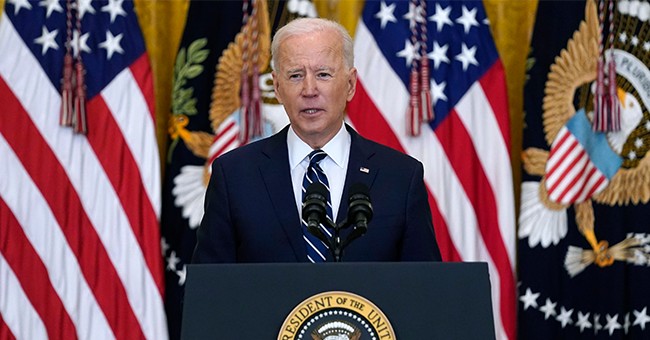 Pravda Press – The difference between a New York Times reader and a Russian reading Pravda is that the Russian knows he is being lied to.  Softball questions from the compliant media allowed Biden to read, without looking up, from pre-printed note cards.  He chose reliable, liberal reporters (partisan activists) from a pre-selected list. The worst question came from NPR’s pandering Yamiche Alcindor who attempted to explain away what is tracking to be the worst southern border migrant surge in 20 years because Biden is a moral and decent man.  Proving once again that the mainstream media is the propaganda arm of the Democratic Party.   Later, there were no complaints when Biden confirmed he will continue his media blackout at overcrowded CBP facilities until an unknown “later” date.

Cognitive Decline  – Throughout the press conference, Biden lost his train of thought, fumbled through his prepared notes, and had multiple awkward pregnant pauses. This was not the Biden of five years ago much less three years ago.

Border Catastrophe – Biden downplayed the southern border.  He did not take accountability for his policy changes that were the catalysts for the crisis we are now facing.  His answer to “fix” the problem was to accommodate, add more beds, and assign the job to inept Kamala Harris.  Biden will spend over $90 million on hotel rooms for illegal aliens; ironic given our homelessness challenges in the US. Leaks of border conditions would be described as squalid, decrepit, and in direct violation of our Covid-19 protocols.  He didn’t use this platform to deter, discourage, nor dissuade future migrants; Translation, open borders indefinitely.

More Lies – Biden blamed Trump for the border surge.  There were no border surges in 2017, 2018, nor 2020.   A surge in 2019 was rapidly met by Trump and declined precipitously. Seasonally, surges happen in May with the warmer weather.  Biden’s surge started in February.  Biden’s bad policies and rhetoric told migrants to come to the US during the campaign, stopped building the border wall, revoked Trump’s ban on sanctuary cities, and ended the remain in Mexico diplomatic success. There are now 15,000 illegal alien children in the US.

End the Filibuster – Biden derogatorily described the Filibuster as a relic of the Jim Crow era. The United States Senate is the greatest deliberative body in the world.  Our system of government was created to avoid tyranny of the majority which Democrats now want to employ, ignore the minority, and avoid drafting bi-partisan legislation.  The filibuster was established in 1806, used regularly in the 1800s, and was updated in 1917 to allow a 60-vote majority to override the filibuster.  In a polarized country, with a 50/50 split Senate, Democrats want to be able to operate as if they have a 60-vote majority and were given a mandate by the American people for their socialist policies.

China Drools – When asked about China, Biden didn’t discuss Uighur genocide, Hong Kong suppression, nor correct China’s disdainful comments about America in Alaska. Instead, Biden said that he “didn’t criticize China for their goal of wanting to be the most powerful country in the world.”   JFK was unprepared for Khrushchev in the June 1961 summit in Vienna and the Cuban missile crisis happened a little over a year later.  Biden (and Blinken) are seriously unprepared for China and are putting the US in a dangerous position to be aggressively tested by CCP.