New Film Shows Adoption as a Journey of Thanks

Kerri Toloczko
|
Posted: Mar 24, 2018 12:01 AM
Share   Tweet
The opinions expressed by columnists are their own and do not necessarily represent the views of Townhall.com. 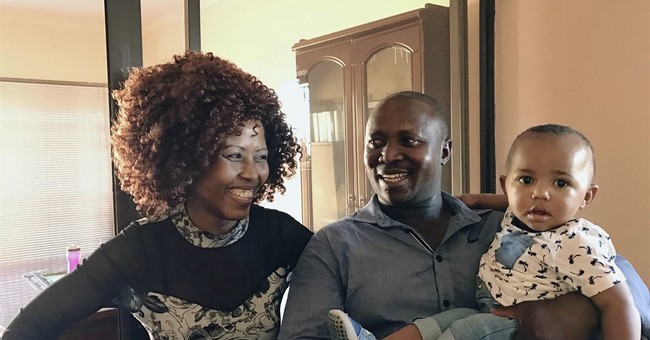 “Hi, honey, how are you?” were the first words my birth mother ever spoke to me. It was over the phone, I was 40, and 30 years of worry melted in an instant.

The newly released internet film, “I Lived on Parker Avenue” (https://www.ilivedonparkerave.com) takes only 30 minutes to incorporate the joy, fear, guilt and love that surrounds adoptees, parents and birth parents. It follows a young man named David Scotton who reunites with his birth parents with his family at his side.

Many aspects of David’s journey dovetail with mine. When asked when he “found out” he was adopted, he answers he “always knew.”  I always knew. He talks about growing up an only child and then discovering siblings. I have that blessing. David notes the importance of seeking his birth parents and thanking them. That was the impetus for my journey.

Much has changed from my adoption in 1957, to David’s 1990s adoption, to now. The legalization of abortion in 1973 changed the landscape drastically, and a prime focus of this film is David’s birth mom’s latent guilt over almost aborting David.

The only living option for a pregnant woman unable to raise her unborn child is adoption. As the culture becomes increasingly accepting of terminating unborn babies, the opportunity for adoption to flourish is tragically diminished. The wonderful, living young man who is David Scotton punctuates that point.

Abortion happens every 30 seconds, but a baby is not just a number, it is a tiny life with a mother attached. When David’s birth mother entered the abortion clinic she heard a protester call, “your baby has ten fingers and toes!” With this stuck in her heart, and her faith in God, she could not go through with it.

The aborted baby is often not the only victim; it can be a life sentence of regret for the mom. The Human Coalition, dedicated to ending abortion, carries stories on its website of women served by pro-life counselors in their time of fear and need who turned from abortion and now celebrate their precious children.

Pro-life pregnancy centers in California helping pregnant mothers with non-abortion options are under fire by the state. Their First Amendment case is now at the Supreme Court as these centers are mandated by California to provide pregnant women with abortion information, the exact opposite of their mission.

Acceptance of abortion with the open assistance of liberal governance is profound. According to the National Council for Adoption, only .5% of all live births in 2014 resulted in adoption. There are 1.3 million abortions every year but an estimated 1.5 - 2 million people waiting for a child. Aborted babies ARE wanted.

Adoption is more open. In my case, it took years of back channel sleuthing to find my amazing birth mom. For David, the information was available through the adoption law firm, making it easy for him to connect with his birth parents. Adoptions through public and private agencies are now fully or partially open.

"Whit will be who he will be, and all the facts of his life will contribute to the man he becomes.  Mostly, I hope he makes the decision to be a Christian and find his identify there and not in earthly things.

"I often hear assumptions about birth mothers’ situations. While there are many important things about individual birth moms, no other fact about her matters more than she gave her child to another to love and raise.”

Giving up a baby is not giving up, as exemplified by Stacey and Whit. David’s story demonstrates it with sensitivity and stunning cinematography.

Adoption is a selfless, lifetime gift. For adoptees and parents, there is love. For birth parents, nothing to forgive, only much to thank. When David ponders whether his parents love him differently because he was adopted, his Mom’s response is perfect: “no, it’s irrelevant.”

It is in the last 30 seconds of the film that the brilliant meaning of the title “I Lived on Parker Avenue” is made clear. It is a magnificent, breathtaking jolt to the heart.

Abortion is losing a child. Adoption is saving one. It heals a hole in another human’s heart. Nothing could make it clearer than David Scotton’s story.