What the Legacy of China's One Child Policy Can Teach America 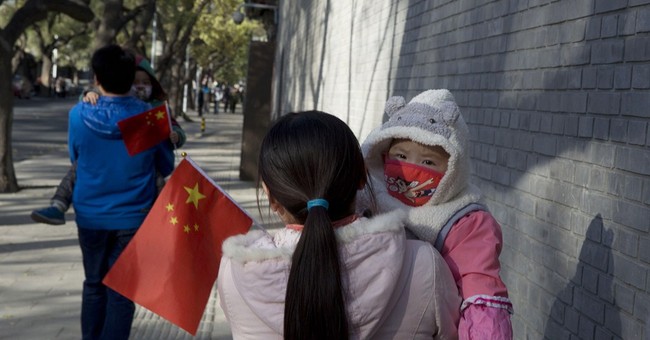 News broke this week that China has reversed its infamous one child policy after 35 years, increasing the permitted number of children per family to two. The Washington Post ran a story reviewing the history of the policy, a brutal and heartbreaking legacy of forced abortion, corruption, and despair. China's one-child policy is a prime example of what can happen when a country takes a utilitarian approach to governance with no regard for the sanctity of human life.

"It's policy." This, the routine justification employed for the brutal tactics used to enforce China's one-child policy, tactics that included forced late term abortions (in which a "family planning team" forcibly removes a pregnant women from her home and subjects her to an abortion against her will), and punitive actions against family members guilty of aiding and abetting illegally pregnant mothers.

"In 2012," according to the Poststory, "6.7 million women in China were forced to have abortions under the one-child policy, according to official statistics. Rates in previous decades often topped 10 million a year. As a result, experts say, suicide rates among women in China are significantly higher than among men, in contrast to global norms."
CARTOONS | AF Branco
View Cartoon

Thirty five years of a policy that resulted in ten million children a year being aborted. That's 350 million unborn children, wanted children, sacrificed on the altar of Communist China's central planning and all the corruption and bureaucratic inhumanity that it entails. Thanks to this short sighted approach to population control (and a bureaucratic appetite for bribes), China now faces a demographic crisis similar to that facing many other countries in the developing world and elsewhere: growing labor shortages paired with a rapidly aging cohort of citizens. A quick look at the population trends of many of the world's major industrialized nations reveals that these countries are dying – literally, while countries like India are confronting a massive gender imbalance due to an increase in sex-selective abortion.

Most Americans probably believe that such a thing could never happen here, but they are wrong. While America is still relatively young and fruitful by comparison, our own shrinking family sizes and our society's embrace of abortion as a constitutional right have resulted in many of the same challenges. In the past few years the leading edge of the Baby Boomers have begun retiring in droves, taxing an already strained entitlement apparatus. Pair this with the fact that seniors are living much longer than they used to and you have a recipe for financial disaster. This demographic crisis is exacerbated by a culture that is increasingly ambivalent about the value of unborn life. For too many Americans, abortion is still viewed as a critical component of "women's health" and thus represents a sacred political cow. There is still a robust pro-life contingent making their voices heard at all levels of government, but pro-choice advocates have a lot of resources at their disposal and they only double down in the face of a challenge. Planned Parenthood's response to the gruesome fetal body part videos testifies to this fact.

The American government may never impose a one-child policy upon its citizens, but it doesn't need to. American culture is changing, and her values are changing with it. More and more couples – well-educated, financially stable couples in particular, are choosing to delay parenthood or forgo it altogether in favor of a lifestyle centered around career and leisure. Low education, low income individuals are having abortions, and when they do have children, these kids are plagued by the disadvantages that come along with being born out of wedlock and deprived of the kind of nurturing and stability that young people need in order to develop into thriving, functional adults. In response to these trends, our government makes its position known through the polices it advances. Abortion is promoted – and subsidized – by a federal apparatus that defines the killing of unborn children as an exercise in constitutional liberty.

A culture increasingly ambivalent towards the natural family and a government dedicated to the expansion of power and scope of regulatory control is a perfect recipe for disaster. And this is precisely what's in store for America if we don't wake up and make some major changes. We used to believe that part of our civic duty was to contribute to the future strength of the nation by having children and raising them to be productive, virtuous citizens, but we've lost our sense of intergenerational duty. Today we are told to focus only on ourselves, to pursue our passions, to eschew inconvenient commitments. We know that we are facing an impending entitlement collapse, and yet we lack the political will to address it in a meaningful way. Current retirees are terrified of losing their benefits, and current workers are unwilling to sacrifice their benefits in the name of saving the system for future generations.

We don't have much time before these chickens start coming home to roost. Americans must learn to value human life again and take the long view, not only for the good of society and the national economy, but for the good of their souls.
WSJ Slaps Liberal Media Across the Face for Its Embarrassing Meltdown Over Trump's Mt. Rushmore Speech
Matt Vespa
Well, That Schiff Development Pretty Much Shreds the Credibility of this Russia-Taliban Bounty Gate Story
Matt Vespa
McEnany Drops a Truth Bomb on the Media After They Failed to Ask These Questions
Katie Pavlich
Jim Jordan Calls for Park Police Chief to Explain How They Plan On Defending Federal Monuments
Julio Rosas
Investigative Journalist: Here's How Blue States Implemented a ‘De Facto’ Gun Ban on New Residents
Matt Vespa
McEnany Highlights What Headlines Are Missing About New Wuhan Coronavirus Cases
Katie Pavlich