Taking Care of People, Not Problems 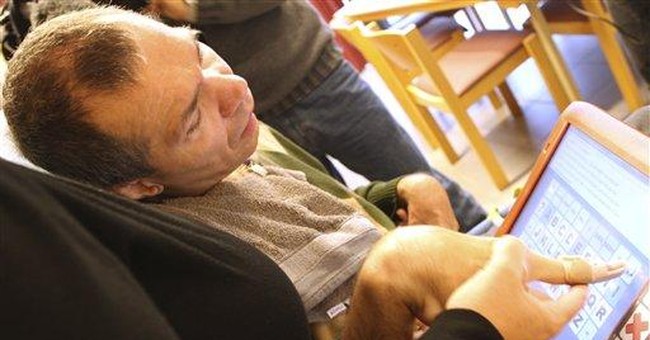 Three years ago, the medical community was stunned when Rom Houben - diagnosed to have been in a persistent vegetative state since a horrific car crash in 1983 - was discovered to be fully conscious and aware. Unable to speak or communicate, he’d lived as a prisoner in his own body for over two decades. Doctors had performed test after test, concluding repeatedly that Houben’s consciousness was “extinct.” It took 23 years for technology to prove that the opposite was true: Houben’s brain was not dead, and his consciousness was not extinct. “I shall never forget the day when they discovered what was truly wrong with me - it was my second birth.”

Many Americans have never heard of Rom Houben, but you would be hard pressed to find an American who hasn’t heard of Terri Schiavo.

On March 31, 2005, Terri Schiavo died, almost two weeks after the tube that provided her with nutrition and hydration was removed by court order. After collapsing in her home in 1990, Terri was diagnosed to be in a persistent vegetative state. The battle between Terri’s husband and her parents over whether to remove life support put Terri’s story at the center of national attention, igniting a firestorm of debate.

Proponents of removing Terri’s feeding tube generally offered three arguments for why ending her life was the ethical choice. Citing “expert” medical opinion, they emphasized that Terri was profoundly handicapped with no hope of recovery; therefore, there was no real “point” in sustaining her life. Next, they argued that since Terri lacked any conscious awareness of her surroundings, she wasn’t really alive anymore - at least not in any way that counted. Finally, they argued that Terri’s condition made her unable to feel pain, and were therefore dismissive of the gruesome suffering that would otherwise accompany her starvation and dehydration.

The advocates of her death prevailed, and Terri Schiavo finally exited this life - gaunt and hollow-eyed, with parched lips and tongue - after having been deprived of food and fluids for 13 days.

Perhaps no one has more cause to be horrified by Terri’s story than Rom Houben and others like him. His incredible story of rebirth could easily have been a forgotten tragedy of silent suffering and death. After years and years of testing, it was only thanks to one final test, one last chance, that Rom Houben’s life was saved. A new report published in the New England Journal of Medicine this month confirms that there are, indeed, many others like Rom Houben - individuals deemed cognitively “extinct” whose humanity was vindicated at last.

In response to this new study Terri Schiavo’s brother, Bobby, laments the fact that his sister wasn’t permitted that one last test, questions the wisdom of standard “bedside” evaluations for brain activity and encourages other families facing these kinds of situations to ensure that their loved one is tested thoroughly before making irreversible life and death decisions:

“As in the case of my sister, they’re using this diagnosis as a criterion to kill. . . . Nobody should have to earn the right to hydration. We should do everything we can to care for these people, regardless of how responsive or unresponsive they are. . . . We are morally obligated to care for these people. They should stop any further dehydration deaths, because we’re learning how inaccurate the PVS diagnosis is.”

Thanks to the work of the physicians that conducted this new study, we now know that our idea of what it means to be in a persistent vegetative state may be radically inaccurate. It’s entirely possible that the “professionals” that passed judgment upon Terri were wrong in their assessment of her level of awareness. But even if they weren’t - even if Terri lacked conscious awareness - her handicap should not have resulted in the revocation of her membership in the human family.

As creatures created in God’s image, our “humanity” is unalterable, even though we are subject to change. Our humanity is not contingent upon our mental or physical fitness - at least, it shouldn’t be. We have worth, value and dignity - not because of our capacities or achievements - but because the Creator made us and gave Himself for us. Yet every day in America what it means to be human is being redefined according to ever-evolving, ever-narrowing “quality of life” criteria which treat the unborn, the elderly, and the infirm as little more than “resource hogs” or “lifestyle impediments.” More and more, these individuals’ right to exist is being assessed in light of “functional capacity studies” and “cost-benefit analyses.”

This utilitarian mindset was evident in the rationale of those who maintained that Terri’s poor prognosis, lack of awareness and inability to feel pain disqualified her from the right to basic nutrition and hydration. By their way of thinking, the only logical solution to the “problem” posed by her continued existence was to end it.

This utilitarian approach to life and death issues represents an impoverished view of humanity and poses a grave threat to the future of civilization - especially to the weak, the frail and the vulnerable. As human beings, our right to life should never be subject to a litmus test. Our net worth is far more than the sum of our assets and liabilities. Furthermore, we are obligated by our very humanity to care for the weak and frail among us.

If we live long enough, the day will likely come when each of us will rely on someone else to care for us. I, for one, hope that when that day comes, I live in a world that looks at me and sees a person, not a “problem.”