Population Control in an Aging Society 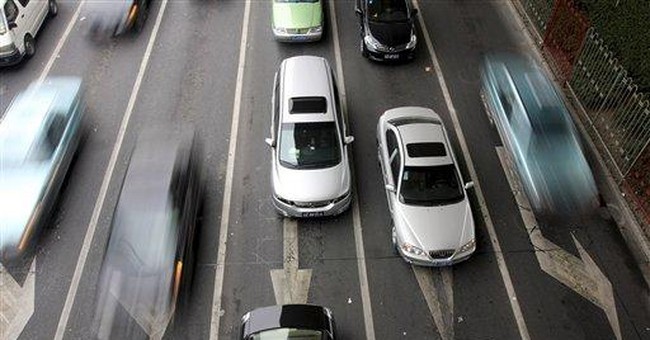 Most would agree that conserving resources and minimizing adverse impacts on the environment make sense, but something has gone terribly awry within the Green Movement.  Environmental extremists championing "population control" as a means of protecting Mother Earth show that they have little regard for the human species.

Some recent comments by prominent Green advocates suggest that one of the simplest and most effective ways to reduce the global carbon footprint is to reduce the population.  As means to that end, they advocate aggressive birth control and abortion.  Their argument is simple enough: fewer people put less strain on natural resources, use less energy, and generate less pollution.  Wealthy countries, so the thinking goes, are particularly suited to implement this strategy because they have ready access to birth control and legalized abortion.

The "Extreme Green" are perfectly comfortable with encouraging members of the human species to destroy their young, but mortified that human beings would disturb an eagle's nest or a turtle's egg.  Setting aside this moral confusion, there are significant social and economic implications of population control policies on societies already struggling to cope with a rapidly aging population.

A quick look at the population trends of many of the world's major industrialized nations reveals that these countries are dying—literally.  This problem has gotten so bad in places like Japan and Russia that their governments have established monetary incentives to encourage people to have more children.  While America is still relatively young and fruitful by comparison, there are many challenges on the horizon.  We are facing an enormous age wave as the leading edge of the Baby Boomers hits 65, seniors are living much longer than they used to, and entitlement programs for the elderly (Medicare, Medicaid, and Social Security) are rapidly approaching bankruptcy.  In 1950, there were sixteen working Americans for every retiree.  In 2005, there were only three.  Since America's entitlement programs are run on a pay-as-you-go basis—and with our widening age-gap—it's clear that future generations will not see much of a return on their "investment" in these programs.

So the question arises: If Americans stop having children in the name of going "green," who will sustain our society as it ages?  Who will finance housing, medicine, and other vital needs of the elderly?  Who will care for those unable to care for themselves in their twilight years?  How long before society's young workers decide that they are tired of supporting an ever-growing cohort of retirees with their tax dollars and come to regard the elderly as expendable?  In the face of scarce economic resources, who's likely to be deemed less worthy than others and pushed to the back of the line?

This mentality is already at work in the current debate over health care reform.  As America's population ages and demand for healthcare resources threatens to outstrip supply, proponents of a centralized approach promote ideas like "comparative effectiveness" as a way to ensure an "optimal" distribution of those resources.  Elsewhere in the developed world, the rationing approach to health care is already a daily reality for the very young, the very old, and the terminally ill.

Apparently, however, these problems don't register on the radar of the extreme environmentalists.  Through their myopic lens, humans are seen as a blight upon the earth that must be reduced and contained.  They view mankind as little more than "resource hogs."

A more balanced perspective is needed—a humanistic (note the small "h") perspective.  If western society wishes to preserve itself and occupy a healthy place in the future of the planet, it must restore the institutions of marriage and family to their rightful place and start having children again.  We should not sacrifice the vitality of Western society on the altar of a radical left-wing social agenda.  There are plenty of ways to live responsibly, reduce our carbon footprint, and care for the earth without making ourselves extinct.