Conduct and Consequences: Putting the Bailout in Perspective

Ken Connor  |  Mar 08, 2009
The opinions expressed by columnists are their own and do not necessarily represent the views of Townhall.com.
Top Columns
Trending on Townhall Media 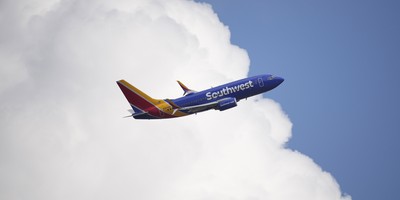 In a move that surprised no one, mega-insurer A.I.G. and car manufacturers General Motors and Chrysler have all asked the federal government for more bailout money.  G.M. and Chrysler's fate is up in the air, but, with the Democratic dominance in Congress, it is likely that they will get the extra $22 billion they are requesting.  A.I.G., on the other hand, was given another $30 billion almost immediately, increasing their total take to $180 billion.

When will the government refuse to subsidize failure? If the government is willing to bail out A.I.G. a fourth time, when will it ever put its foot down? By rewarding incompetence and ineffectiveness, the federal government is encouraging businesses across America, even successful ones, to play it fast and loose. After all, why not swing for the fences? The government has your back if you strike out. We need to stop the "if you fail we will bail" cycle before we bleed the American taxpayer to death.

The "too big to fail" argument is premised on the proposition that unless government props up gigantic companies that made gigantic errors in judgment, their demise will bring about the demise of the American economy.  This proposition is, to say the least, debatable; so where did this notion come from?  It should come as no surprise that A.I.G. and the auto companies themselves are the authors of that story.  According to a recent article in The New York Times, A.I.G. peddled a 21-page document in the halls of Washington titled "A.I.G.: Is the Risk Systemic?"  Now we know that the loudest voices proclaiming that these companies are "too big to fail" come from the companies themselves.  Apparently A.I.G.'s arguments were persuasive enough to convince Capitol Hill that a company that couldn't stay afloat on $150 billion deserved another $30 billion.  In fact, lawmakers felt so generous that they converted ten percent of the federal government's A.I.G. shares into shares that won't pay any dividend at all.  This is true, notwithstanding that the American taxpayers were promised that they would receive a substantial return on their "investment" in A.I.G.  Now, it appears, the federal government is just giving money away like candy corn to trick-or-treaters.

General Motors and Chrysler have been selling the same story.  On February 17th, they asked Congress for another $22 billion to keep them afloat.  The $9 billion President Bush gave them in December was simply chump change to keep them afloat for a couple of months until they could write a recovery plan and ask for billions more.  CNN's Chris Isidore is skeptical about this expanded plan.  If the federal government goes down this road, he believes it will cost "up to $130 billion to save Detroit" by the time the government is done taking care of all the manufacturers, dealers, suppliers, and needy consumers.  What is the G.M./Chrysler argument for their share of this gigantic sum?  They're too big to fail, of course!  They produced estimates that supposedly demonstrate how much more it will cost them to go through bankruptcy and rebirth than the paltry $22 billion they're asking for now.  Funny how G.M., Chrysler, and A.I.G. are so confident in these dire prognostications.  Too bad they didn't have such foresight when they were dealing with their competitors and the labor unions.  If they had, we could have avoided this debacle.

Truth be told, no one really knows what will happen if these companies fail. Quite likely, their failure will have an adverse impact on the economy, and more jobs will be lost, and more companies will fail. But it looks like this is going to happen whether or not we spend the combined income of the next several generations. If we cut off these companies now, at least their death will be swift. Then healthy companies and responsible Americans can cut their losses and move on. Why waste the money of responsible Americans on companies that come back for more and more? Let the successful, responsible Americans keep their money and continue to use it wisely—who knows what great things they might achieve if they are allowed to keep their own money? They can provide jobs and build profitable enterprises with the money that is currently being funneled through inefficient government to failing companies.

Even worse than this financial folly is the precedent being set by the federal government. They are paying no heed to the incentives they are establishing for future financial institutions. Incentives boil down to the simple idea of the carrot and the stick. Punishment (the stick) discourages action and reward (the carrot) encourages it. This basic principle has been understood for millennia. The Apostle Paul referenced it in his second letter to the Thessalonians: "For even when we were with you, we gave you this rule: 'If a man will not work, he shall not eat.'" (2 Thessalonians 3:10 NIV) Paul recognized the power of incentives. Even a lazy man's hunger will drive him to work eventually.

Establishing proper incentives is a simple concept, but the federal government doesn't seem to get it. By shielding companies like A.I.G., G.M., and Chrysler from the natural consequences of their decisions, they encourage irresponsible behavior. All companies weigh risk and reward. The organizations which choose poorly ought to be punished by the market. The market rewards hard work and wisdom and punishes laziness and folly. By protecting these companies from the natural consequences of their profligacy, the federal government is encouraging poor decision-making and risky behaviors, while simultaneously discouraging the hard work and sacrifice of responsible individuals and companies.

In the long run, America will be better off if we let these companies take their licks. Let the people who sacrificed, saved, and made wise decisions keep their money—they obviously know how to handle money better than the companies that are spending billions and still going under. It may hurt more in the short run, but our economy will be stronger and healthier for it.