Ken Blackwell
|
Posted: Oct 11, 2019 12:01 AM
Share   Tweet
The opinions expressed by columnists are their own and do not necessarily represent the views of Townhall.com. 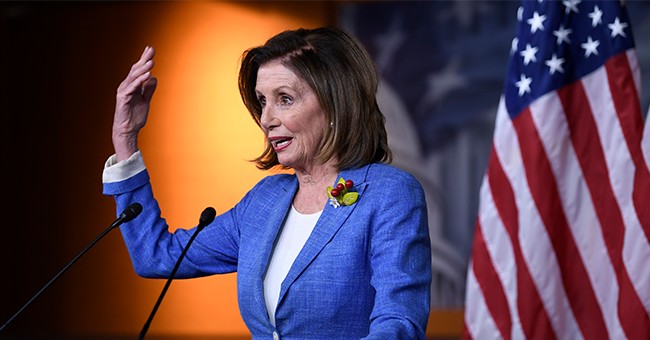 House Speaker Nancy Pelosi recently announced the details of her long-anticipated prescription drug reform plan. Not surprisingly, the plan is more of the same from the Democrat leadership – price controls, government meddling in the marketplace, and disincentives to invention and innovation.  As the Democratic Party is engaged in a full march towards socialism with “Medicare for All,” free college, higher taxes, and government control over every industry - this drug plan fits right into that radical agenda.

Some have suggested that prescription drug reform is one area where President Trump (and the GOP) can find common ground with the Democrats.  While there are common-sense reforms that can be pursued – the Pelosi plan (and similar proposals) are not it. Socialist policies are the Democrats’ specialty, not the Republicans.

Like other big-government solutions that promise lower prices, the Pelosi plan would limit access to life-saving drugs and stifle innovation.  In the key component of her plan, Pelosi claims that her plan will lower drug costs for Medicaid recipients by allowing the government to “negotiate” the price.  Don’t be fooled. There is no such thing as “negotiating” with the government. You are told your price.

Even worse, under the Pelosi plan, hefty fines await companies that refuse to join government officials at the “negotiating” table. As the Washington Post reports, “The bill would impose severe penalties on drug makers that do not reach an agreement with the government or refuse to participate in the negotiation. They would face a noncompliance fee equal to 75 percent of the gross sales of the drug negotiated from the previous years.”

The result is that drug companies would effectively be forced to “sell” their products to the government at unrealistic prices.  The resulting price controls will discourage investments in new drugs, limit production and even put some companies out of business, as has been the case in many countries where policymakers have imposed similar rules and regulations. Consequently, the Pelosi plan “could limit Americans’ access to lifesaving medicines and impede the development of new treatments for deadly and debilitating diseases,” according to former White House policy advisor Doug Badger.

The drug companies who survive in such a stringent marketplace won’t simply absorb the added expense. Instead, pharmaceutical companies in an effort to make up the difference will be forced to increase the price of other products that aren’t as heavily regulated and available for purchase to those who aren’t on Medicaid.

In the words of the Wall Street Journal editorial board, “These losses would be recouped by higher prices in commercial markets. A bigger rebate won’t help Medicaid beneficiaries, whose out-of-pocket drug costs are capped at a few dollars for a prescription.”

If federal lawmakers have the audacity to enact this legislation, however, the biggest losers won’t be taxpayers but the patients in need of a marketplace that encourages risk-taking and the development of groundbreaking pharmaceutical research and medicine. While Democrats point to low drug prices in Europe and other nations, the reality is that patients in those nations often face longer waits for new drug therapies

The key to medical innovation is a system that encourages risk-taking and investment.  It costs, on average, $2.6 billion to develop a single FDA-approved drug, and only 12 percent of molecules that make it to clinical testing receive FDA approval. Discouraging investment in an industry with such gargantuan start-up costs isn’t wise policy, especially if lawmakers like Speaker Pelosi want to improve patient outcomes.

Those with greater access to innovative drugs face fewer trips to the emergency room and, as a result, pose less of a financial burden to taxpayers in the long run, as every additional dollar spent on drugs for certain patients that follow doctors’ orders generates $3 to $10 in savings on ER visits and inpatient hospitalizations.

There are common-sense solutions to address prescription drug costs.  The Trump administration, and many in Congress, have proposed a reform of the rebate system to ensure rebates are passed on from pharmaceutical companies to consumers, and not landing in the pockets of middlemen.

The Pelosi drug pricing plan is a heavy-handed pie-in-the-sky fantasy one expects from a more authoritarian government—not our own. It’s time for lawmakers to get their head out of the clouds and put forth sound, workable measures that benefit taxpayers and patients nationwide. Lawmakers otherwise run the risk of graver patient outcomes and crippling an industry that supports many American jobs.

Republicans say they want to work with Pelosi, using her bill as a starting point.  But they should remember this simple motto: Democrats support socialism, Republicans don’t.

Ken Blackwell is an adviser to FRCAction and a member of the Donald J. Trump for President Advisory Board. He is on the Boards of Directors of both the Club for Growth and the National Taxpayers Union.