Ken Blackwell
|
Posted: Nov 18, 2018 12:01 AM
Share   Tweet
The opinions expressed by columnists are their own and do not necessarily represent the views of Townhall.com. 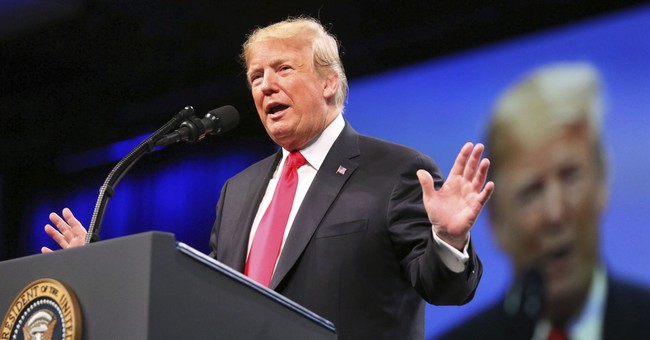 The FIRST STEP Act is the beginning of a transformation of America’s federal criminal-justice system into what it should have always been: a system that makes America safer. This legislation unites conservatives, police and civil rights advocates, civil libertarians, business leaders and supporters of social justice. Supporting this legislation means supporting ideas that all Americans want - from police to Democrats to Republicans - an America that is fair, an America that puts Americans first, and that makes America safe.

The fact that law enforcement groups like the Fraternal Order of Police and The International Association of Chiefs of Police support this legislation indicates this is nothing of what critics’ claim.  In fact, it is a conservative issue whose time has come at the federal level.  I have battled with many of my friends about what criminal justice reform is and what it is not.

As conservatives, we should ensure that the punishment fits the crime.  Our judicial system should not be one size fits all.  Yet, an adherence to rigid mandatory minimum laws means that federal judges too often must impose a sentence that cannot be adjusted based the specific facts of the case. This is not a conservative position.

It is also not a conservative position to put faith in a bureaucratic system like the Bureau of Prisons as a tower of virtue.  We know what bureaucracies do, primarily spend too much money with a lot of overhead and no real solutions to problems.  A prison population that is overwhelmed with low-level crimes like selling an elephant tusk on the internet or throwing three fish back that is in violation of a fishing license is absurd.

Or take Weldon Angelos, a man who was sentenced to 55 years in federal prison because he sold marijuana while possessing an otherwise legal firearm, even though he never used the gun. The judge in this case had no choice but to impose an absurd sentence for a low-level drug offense.

Even as we feel a moral command to ensure our criminal justice system reflects our values, it is important to remember that the First Step Act is not an article of faith, but based on proven results in states across the country. Indeed, it is red states most of all like Texas, Georgia, and South Carolina that have proven we can both cut crime and incarceration at the same time.

Part of these states’ recipe for success was expanding proven rehabilitation programs, including those with a faith component, which has been excluded from the federal component.  I have many friends and colleagues who have been in prison ministries that see results, whether it is through education or helping prisoners turn their lives around, the empathy we show the less fortunate is a mandate by God, to do justice, but to love mercy.

This legislation provides a way for prisoners to reenter society and become productive citizens again, through education and job programs that get them back on the right track. Ninety-five percent of prisoners who enter federal prison will one day get out.  Why would we not do what we can as a society to make sure they are connected with their families, that they are connected to jobs that will prevent

The First Step Act invests $250 million over the next decade in such programs, but research suggests by reducing recidivism we will obtain a strong return on this investment.

This legislation is a win for the American people, but it is also a win for this President. Not only would he be transforming the lives of millions of Americans, he would be achieving something his predecessor only gave lip service to.  Even when he had complete control of Congress, Barack Obama didn’t even try to move legislation that would impact the African-American community most notably.

I see the leadership of this President, a man who has not forgotten about people in prison, the little guy, the disenfranchised that the Left always says they are looking out for, as leadership for all Americans.

This is a law and order President who believes in justice and the First Step Act will get us closer to true justice.  It is surprising that supporters of President Trump would not see how significant and important this would be for the President and the country. It would show he can work across the aisle leading with conservative principles as he has for the past 2 years.

It's time to get it done!