The Liberal Attack on Our Right to Listen

Ken Blackwell
|
Posted: Aug 10, 2018 11:01 AM
Share   Tweet
The opinions expressed by columnists are their own and do not necessarily represent the views of Townhall.com. 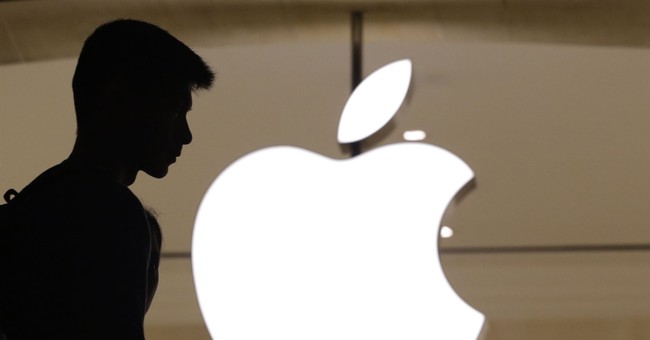 American liberals have always professed to believe in tolerance, diversity, and freedom of speech. However, today’s reality is very different. As the Left gained control of the commanding heights of culture and increasingly business across the nation, the new liberal philosophy became freedom for me but not for thee.

Consider the saga of Alex Jones, the radio talk show host who manages the website Infowars.com. He is controversial, to say the least, having pushed various conspiracy theories. But then, some left-wing activists attack anyone to the right of Hillary Clinton as a racist and fascist.

Apple, Facebook, Spotify, and YouTube all banned Jones, sharply restricting his ability to reach readers and listeners. Only Twitter did not delete him; CEO Jack Dorsey explained that Jones had not violated the company’s terms of service.

But now Dorsey has come under fire from outraged liberals because he did not complete what Jones called a “purge.” For instance, former Reddit CEO Ellen Pao predicted that Twitter “will get overrun and collapse” for “allowing this hate and harassment.” She didn’t say whether she intended to do the overrunning.

If the government did what the tech monopolies did, Jones could appeal to the First Amendment. Government cannot shut down opinions it doesn’t like.

But the Founders never imagined a world in which private companies would gain de facto monopolies over the means of communication. Today if Silicon Valley doesn’t like your message, it can stop you from reaching a wide audience, or any audience for that matter.

With the First Amendment we talk about government violating a person’s right to speak or write. But does anyone have a “right” to force a private company to broadcast his or her views?

Ironically, liberals once might have argued so. Just a few years ago they demanded that government redress the supposed monopoly power of television and radio stations with the so-called “Fairness Doctrine,” which put Washington in the middle of programming decisions. However, that was then. Now the Left doesn’t believe in fairness when it comes to anyone else.

Instead of focusing on Jones, we should consider those who want to hear him. The tech giants are not just shutting him up. They are interfering with the right of Americans to listen to him. What is the value of free speech if others don’t hear it?

Sure, one could argue that his views don’t belong in the public square. That, as David Folkenflik of (taxpayer-funded) NPR declared, “The ideas that Jones shares are particularly noxious.”

There obviously is neither intellectual nor press freedom if government officials can prohibit people from espousing “particularly noxious” ideas.  But it wouldn’t be much better if a tax-subsidized journalist could impose the same judgment.

However, increasingly it is liberal techno-geeks along or establishment corporate managers who make this decision.

Yet it isn’t clear why Jones was banned - and banned now. What you get is what you have always gotten with him. Give him credit for consistency: he hasn’t changed his message.

Did an Apple executive suddenly notice Jones and decide to drop his podcasts? That seemed to set off a rush for the exits at other companies. Apparently, no one wanted to be left behind.

All of them acted without detailing why. Although there has been much talk about “fake news,” noted Facebook, “none of the violations that spurred today’s removals were related to this.” Then what was it?

However, the basic issue isn’t about him. It’s about the rest of us, and our right to listen. “Who will stand against tyranny and who will stand for free speech,” Jones asked in a tweet?

Liberals once insisted on allowing everyone to have their say. And on containing monopoly corporate power.

Do they really believe it is okay for large tech monopolies to silence someone for his views? If so, what is to stop Facebook, YouTube, and the others from doing the same to mainstream conservatives?

YouTube already has taken down videos from Michelle Malkin and Pamela Geller. Google and YouTube restricted access to Dennis Prager’s videos as part of “Prager University.” Twitter deleted the account of Peter Van Buren, a contributor to The American Conservative. Jones is just one more in a lengthening line of commentators on the Right targeted by increasingly authoritarian tech moguls.

There is much to criticize in contemporary political discourse. However, the only proper response, in America, at least, is to improve the dialogue, not shut it down. Liberals, of all people, should understand that.