The Climate Change Trial: A Case Pitting Reason Against Extremism

Ken Blackwell
|
Posted: Mar 28, 2018 12:01 AM
Share   Tweet
The opinions expressed by columnists are their own and do not necessarily represent the views of Townhall.com. 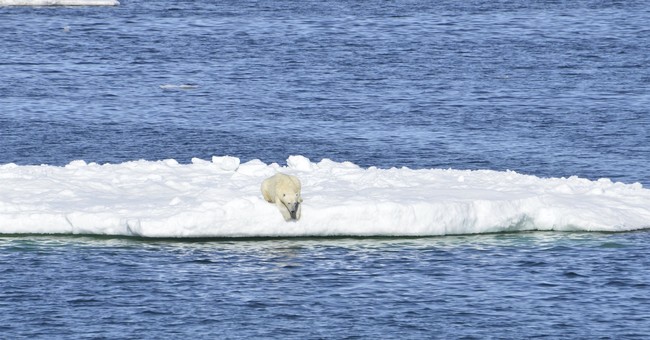 The legal battle against oil companies for their purported role in contributing to a climate change crisis is starting to take shape. This past Wednesday, a federal judge in San Francisco made history, holding the first-ever U.S. court hearing exploring the impact of climate change. Lawyers representing the cities of Oakland and San Francisco as well as five of the largest multinational oil companies named in the lawsuit, participated in a climate change “tutorial,” a chance to explore both sides’ positions on several questions related to climate change. Here’s what we learned from the hearing: future litigation will pit reasoned dialog in line with mainstream climate science against the politically charged rhetoric of climate change extremism.

Attorneys from the two California cities allege that rising sea levels and other extreme weather phenomena are the result of climate change, which will force the municipalities to spend unspecified billions of dollars to mitigate the damage. Further, the lawsuits they filed last fall seek to pin all the blame and financial responsibility for the purported damage on just five publicly traded American energy companies: BP, Chevron, ConocoPhillips, Exxon Mobil, and Shell.

Climate change is a global issue, yet greedy trial lawyers are targeting the five major energy companies exclusively because they see them as a potential jackpot in attorneys’ fees; a whopping 23.5% of the entire multibillion-dollar payout if they succeed. In truth, we all share a responsibility for climate change. The petroleum industry is primarily interested in extracting, producing, and promoting petroleum products or fossil fuels. Third-party consumers use fossil fuel materials to heat their homes, run their vehicles, and power industry and manufacturing.

The case is flawed and relies on fundamentally weak arguments that have been tried before and failed in court. The plaintiffs attempt to portray a handful of energy companies as solely responsible for climate change. Interestingly enough, they might succeed in making the oil companies seem like the only adults in the room.

Oil companies recognize that climate change is a long-term issue which requires global attention. Each of the companies named in the lawsuit is making significant strides to take a balanced and measured approach toward addressing unique problems associated with climate change. These five companies have invested billions of dollars into efforts to develop technology solutions that boost energy efficiency, expand the supply of cleaner burning fuels, and lead industry engagement toward positive policy solutions. The oil industry is interested in understanding and addressing issues associated with potential climate change. This was made abundantly clear at the hearing on Wednesday.

The energy companies were able to present a fair and objective answer to every question. Their analysis was based on the most widely-accepted peer-reviewed scientific views on climate change. This wasn’t an opportunity for advocacy of a specific position but rather a forum to present dispassionate scientific findings in line with most mainstream climate science. It’s also worth noting that Judge Alsup did not warm to the cities’ argument that the oil and gas industry has been conducting a conspiracy to suppress climate science from the public. San Francisco’s city attorney had charged that the companies “have known for decades that fossil fuel-driven global warming and accelerated sea level rise posed a catastrophic risk to human beings and to public and private property.” In dismissing the plaintiff’s conspiracy accusation, the judge gutted the core component of the bizarre lawsuit. It was a big test for the energy companies and they won.

While Judge Alsup’s evenhanded approach to the tutorial may have been praiseworthy, U.S. climate policy is inherently complex and impacts every American. It is therefore preposterous to suggest that such a matter can rightfully be decided by one judge acting alone in a California courtroom. But unless, as the Supreme Court has already ruled, this case is left to the EPA and the Congress to resolve, that is exactly what will happen.