The Time Has Come For Gridlock Reform

Ken Blackwell
|
Posted: Aug 17, 2017 12:01 AM
Share   Tweet
The opinions expressed by columnists are their own and do not necessarily represent the views of Townhall.com. 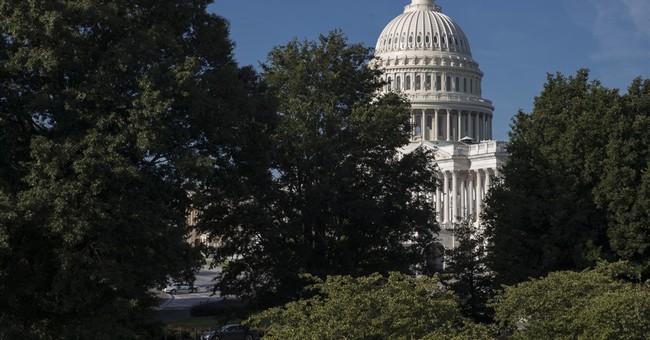 When the Senate confirmed Judge David Nye to a federal district judgeship in Idaho, he became an acute illustration of what’s wrong in Washington right now.  Judge Nye was originally appointed by President Obama for the judgeship and enjoyed wide support from Senate Democrats, but when President Trump – in a good will gesture toward bipartisanship – re-nominated him those same Democrats delayed his confirmation for the maximum amount of time under Senate rules.

Now, why would they do that?

Senate Democrats have now become the doctors of gridlock. Forsaking the good will the minority party usually shows to the new party in power after a presidential election, the Democrats have also decided to prevent the President from actually filling important positions in the administration. This has the cumulative effect of preventing the public from getting action from the government it has elected to serve them.

This includes delaying (or outright blocking) exceedingly qualified individuals – such as Judge Nye and others – from filling well over 100 vacancies on the federal bench, threatening a backlog in the courts that could last for years.

President Trump was greeted with 105 judicial vacancies upon being sworn into office; more than four out of his five predecessors including twice as many as President Obama and three times as many as President Reagan. Even as Trump has nominated people to fill these vacancies, even more have opened up while the Democrats stifle the process.  The total has now ballooned to 138 judgeships that need to be filled.

The Democrats’ gridlock strategy is twofold: 1) demand a full 30 hours of debate on the Senate floor for each nominee.  At that rate Mr. Trump would need more than a full term as president to fill these seats on America’s courts, and 2) invoke a Senate “tradition” known as the blue-slip process. When a nominee is put referred to the Senate Judiciary Committee, it has been tradition to wait until that nominee’s home state Senators pass a blue slip to the committee, effectively giving their blessing for the nomination to go forward.

The rationale for this strategy? The courts are the one place liberals are trying to control after losing Congress, the White House, a majority of governorships and state legislatures across the country. It’s purely political; if Americans have to wait endlessly for important legal disputes and questions to be settled, so be it.  They don’t care.

Republicans can provide a solution, a “gridlock reform” strategy to get these vacancies filled so the American people can bring cases before them and have their day in court without any further delay. First off, they can and should abandon the blue slip process as it has no legal standing and is being abused by one political party for political purposes to keep the government from working. Secondly, Republicans should adopt a proposal by Senator James Lankford (R-Okla.) that would cut the maximum hours of debate for nominations to eight hours or less.

The public has given the GOP an historic opportunity to steer our country back on track after eight years of partisan divide that accomplished precious little, leaving their faith in their government highly in question.  Senator Lankford’s ideas have merit and should be acted upon as soon as possible.  Republicans would be delivering a needed service to the American people and will undoubtedly be rewarded for it.