Strike Back At ISIS and All Forms of Islamic Extremism 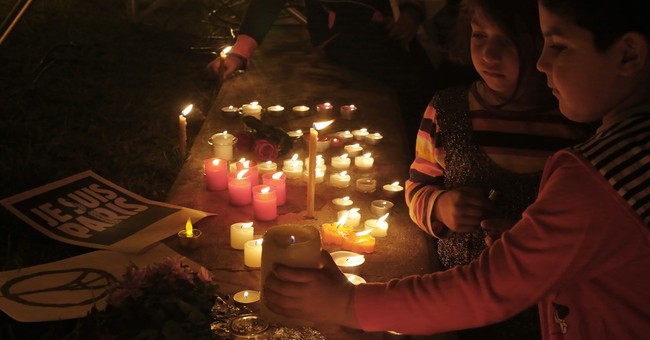 In leading his country in the confrontation of a unique set of challenges Winston Churchill famously said: “This is no time for ease and comfort. It is the time to dare and endure.”

Scenes of Pregnant women hanging from the balcony of a Paris concert hall and screaming for help on an otherwise serene Friday evening; young men desperately pulling the severely wounded down to the street to save their lives; blood-drenched public spaces; chaos: all of this is too familiar. It was sadly reminiscent of what we experienced and endured on 9/11.

And it was the product of the same enemy: Islamic extremism.

The urgency of confronting this growing menace has never been greater.

Amidst growing outrage and justified calls for action one has to be careful not to equate the savagery of Islamic extremists with Islam or Muslims as a whole. This would be a huge mistake and would simply play into the hands of extremists, further complicating the already complex situation.

It is of great significance that moderate Muslims have been the primary and first victims of Islamic extremists. A case in point is in Iran, where the ruling ayatollahs have executed 120,000 dissidents, primarily activists of the People’s Mojahedin organization of Iran (PMOI/MEK), the principal Iranian opposition movement and representatives of a moderate interpretation of Islam.

Maryam Rajavi strongly condemned the terrorist attacks and massacre of defenseless people in Paris as “crimes against humanity” in the first hours after the carnage. Mrs. Rajavi is the president of the National Council of Resistance of Iran, the political coalition that includes the MEK as its largest constituent group.

She offered her condolences to the French President, government and people and in a compassionate message and said: “Today, our hearts bleed for the French nation. The people of Iran deeply feel the bitterness of these crimes. In these difficult moments, the Iranian people can empathize with the French people and share their grief, because for the past 37 years they have been suffering under the religious and terrorist dictatorship, which is the Godfather of ISIS.”

Rajavi has also emphasized that fundamentalism has nothing to do with Islam, whether that fundamentalism takes the form of absolute rule by Shiite clerics or Sunni extremism like that of ISIS. Thus, in her statement she called on “all Muslims to strongly condemn the crimes committed in Paris and to not allow the conduct of these ruthless terrorists to occur in the name of Islam and Muslims.”

The target of the Islamic extremists is not limited to the US, or France, or Europe. The target is the entire West and all of its values and achievements. So we have to hold firm and respond swiftly to ISIS. It has to be crushed with all available military, policing, and intelligence means, within the context of a cohesive, comprehensive, multi-faceted strategy.

There can be no compromise with such an entity. Experience has shown that making concessions to terrorists, extremists and fundamentalists is a recipe for disaster. It would embolden them to continue their crimes with even more vigor.

To defeat ISIS at its core, it is essential to realize that it was able to grow and control a large swath of land by exploiting a particular situation.

The main hub for the growth of ISIS has been in Syria. The regime of Bashar-al-Assad provided the suitable political and social ground for the growth of ISIS through the killing of 300,000 innocent Syrians who demanded nothing but freedom and democracy. It also forced more than half of the Syrian population out of their land.

As long as this dictatorship rules in Damascus, ISIS will continue to survive and it will be able to export its bloodbaths from the Middle East to Europe as we witnessed in Paris last week.

Thus an immediate, unconditional end to Assad’s rule is a prerequisite to permanently defeating ISIS. But getting rid of Assad cannot be achieved without addressing Tehran’s role.

Since the outbreak of the civil war, Tehran’s ayatollahs have been the main backer of Assad, providing all kinds of support, from dispatching large number of IRGC personnel (including some of its top brass), to providing military hardware, intelligence and huge financial assistance (by some estimates up to $15 billion annually).

Tehran’s senior officials, who view Damascus as an integral part of their survival strategy, have repeatedly said that without Tehran’s direct interference Damascus would have fallen a long time ago. It should come as no surprise that official Iranian media brazenly blamed the French government for the Paris attacks and urged it to ally itself with Bashar Assad.

And on this side of Atlantic, President Obama’s hands-off policy and “leading from behind” strategy has been a total failure. It has simply played into the hands of Tehran’s ayatollahs and their Russian friends.

Thinking that Iran can be an ally or partner in finding a lasting, durable solution to the Syrian catastrophe is as logical as asking an arsonist to help putting out the fire he started.

Islamic extremism can be defeated, both in the lands where ISIS is running rampant and in Iran where the ayatollahs have been espousing fundamentalist Shiism for the past 37 years.

In this fight, the West needs to be allied with moderate Muslin forces and leaders like Maryam Rajavi. This is part and parcel of any sound strategy.

But to crush ISIS, Assad’s unconditional removal is a must and there should be zero tolerance for Tehran and its meddling in Syria.

As Sun Tzu said in the Art of War, “In the midst of chaos, there is also opportunity.” In the midst of the present chaos, we can strip the Islamic extremists of the opportunity that they have sought, and turn the situation to our advantage instead. In fact, the entire arc of modern history may just depend upon our doing so.