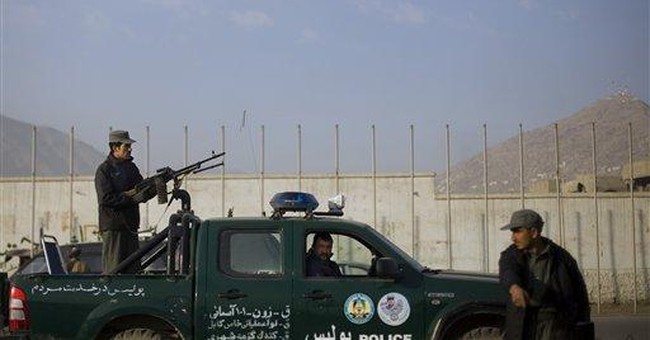 “Cost of indecision about Afghanistan is mounting.” That’s not a headline on Townhall.com. It’s the title of a column by the dean of liberal Washington pundits, David Broder.Even David Broder is concerned about President Obama’s failure to decide on a proper course of action in the war the President himself called “a war of necessity.”

Broder points to the drawn-out indecision as making the war on the ground more dangerous. He believes that the American people and, most significantly, America’s allies, are being demoralized by what the White House calls a process.

Our NATO allies joined us in Afghanistan because the U.S. had been attacked by Al Qaeda. It was an acid test of the NATO alliance: For the first time since 1949, NATO went to war. Can we afford this extended failure to act?

What will become of NATO, the most successful example of Democratic Party leadership? Let’s not forget, it was Harry Truman and his party that put NATO together. Ohio’s “Mr. Republican,” Sen. Bob Taft, wanted no part of NATO. That’s why Ike challenged Taft and beat him for the 1952 Republican Presidential nomination.

All of that is now at risk. Well, liberal Obama supporters say, Afghanistan’s Hamid Karzai is corrupt. Right. And have you heard that Churchill drank too much? That’s what opponents of a forceful U.S. policy in World War II said in defending their indecision. The Karzai regime is guilty of human rights abuses, liberals say. I wonder how long the allies considered Joe Stalin’s crimes before pledging aid to “the Russian people.”

After Hitler’s unprovoked attack on the USSR on June 22, 1941, Churchill responded with speed. “If Hitler invaded hell,” said the Prime Minister, who had been a lifelong anti-communist, “I would at least make favorable reference to the devil in the House of Commons.”

Al Qaeda did not invade hell; they invaded our homeland. We had the full support of NATO in going after them where they lived—Afghanistan. Even the French rushed to our side in pressing that war.

This is the war that candidate Obama accused George Bush of neglecting. He charged Bush “took his eye off the ball” to pursue the destruction of Saddam Hussein. Well?

Now, Obama seems not able even to find the ball. We should not be surprised. In early 2008, candidate Obama produced a 52-second YouTube video to send to the “Peace Caucus” attendees in Iowa.

You have only to google “52 seconds” and “Obama” and you can watch it. Candidate Obama promises not to “weaponize space.” He seems unaware that ballistic missiles capable of carrying nuclear warheads have been traveling through space since 1957—four years before this youthful and inexperienced candidate was born. He pledges “a world without nuclear weapons.” So did Reagan. But Reagan would make sure that the U.S. possessed a nuclear shield—his famous Strategic Defense Initiative—before lowering our nuclear sword.

Notice how this most fluent of speakers stumbles over the word quadrennial. It means he’s reading a script. No harm in that. Many candidates do. But it also means he had not spent enough time in the corridors of power even to recognize the word. QDR—the quadrennial defense review—is a phrase as familiar to national security experts as GDP—gross domestic product—is to budget analysts.

Obama was unprepared then. He’s still unprepared. Harry Truman was a liberal Democrat. And he was thrust suddenly into the White House. But Harry could make a decision. He put a sign on his desk: The Buck Stops Here.” Obama should read that sign.