Our Foundation is Crumbling 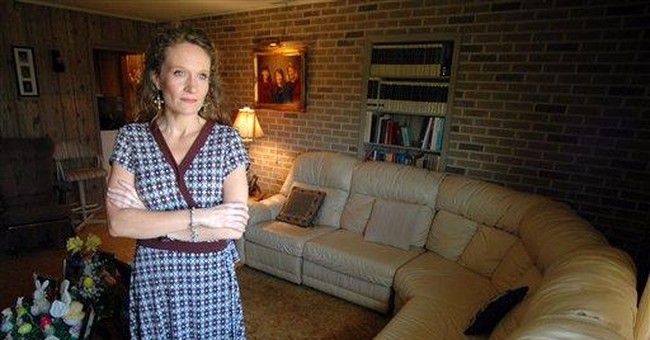 The latest figures on out-of-wedlock births should be setting off alarm bells in every corner of the country. After a number of years at the wholly unacceptable level of one of every three births out-of-wedlock, the numbers in the last three years have lunged to 40 percent. This is a crisis direr than the economy, more dangerous than foreign enemies. America cannot remain a superpower abroad with a crumbling family structure at home.

The crisis these new numbers represent is a crisis in male-female commitment. We are facing increasing gender rejection. Something is deeply and dangerously wrong between the sexes. Young American men are increasingly unable to commit to the mothers of their children.

In 1965, Daniel Patrick Moynihan saw a 24 percent out-of-wedlock birthrate in the black community and sounded the alarm. All the great gains of the civil rights movement were threatened by the breakdown of the black family, Moynihan warned. He suffered then the fate of the prophet without honor. As the messenger bearing the bad news, he was very nearly stoned. His unheeded warnings about crime, drugs, educational failure have become the collection of pathologies that all Americans know too well. Today, Moynihan’s distinguished public career is honored, but his message is too little heeded.

What is driving these menacing numbers? Why are 40 percent of American children being deprived at birth of their fathers? By the time they reach age 18, fully 60 percent of young Americans have seen their mothers and fathers break up. This comes either from divorce or from the breakup of cohabiting relationships. Or it stems from never-formed families. How can the young learn commitment if their parents remain uncommitted?

What can be done? First, do no harm. Or do no more harm. We must recognize that federal family planning efforts have contributed to this crisis. All data shows that young people who have multiple sex partners are less likely to marry and, if married, are less likely to remain married. Why then should our tax dollars subsidize a “hook up” culture?

We are shoveling money at groups whose sole purpose is to facilitate out-of-wedlock sexual activity.

Second, we must recognize that religious attendance is positively correlated with marriage, family formation, and family stability. The federal government can never directly fund churches and synagogues, but it can observe the “do no harm” rule.

The administration’s announced plans to tax major givers could deal a crippling blow to religious institutions. These are the primary beneficiaries of larger donations. The administration’s pre-K proposals may not be designed to pry children away from church-based child care, but they will necessarily have that affect. Churches, especially those in inner-city neighborhoods, play a crucial role in helping many fatherless children to escape the snares of a host of social pathologies. Let’s not fire on these ambulances of the poor.

Finally, let’s sustain marriage as a social institution. Too many spokesmen on the left and the right have made marriage a political football. When a libertarian radio talker calls for the state to “get out of marriage,” he is encouraging the further breakdown of the family, the only institution that can supply the needs of children. As Prof. Michael Novak memorably put it: The family is the original department of health, education, and welfare.

For libertarians to call for a laissez-faire policy on marriage is to guarantee a greater role for the federal government in a futile attempt to stave off the disaster of family breakdown and to deal with the predictable consequences.

Family Research Council’s Mapping America project provides the hard social science evidence of the importance of family structure and religious attendance to the national well-being. There is virtually no area of public concern—education, health, avoidance of criminal behavior, abstinence from drugs, even bullying in schools—that has not been studied and reported on by Dr. Patrick Fagan’s project. I urge all concerned Americans to read the study on the Mapping America website.

By taking timely action now, we can reverse these dangerous trends. That, more than anything else government could do, will be the kind of change that will bring hope.