Tolerance: The Right to Disagree Without Coercion 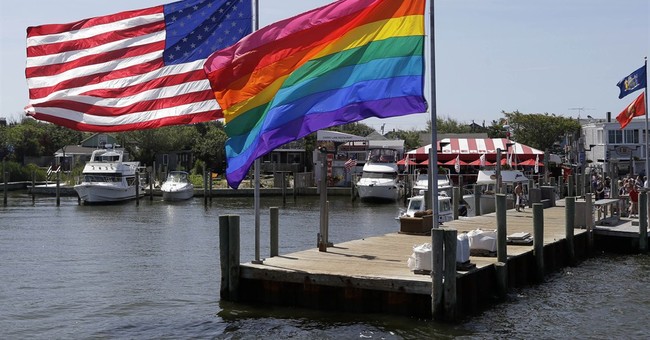 Many in the media are suggesting that the “battle over same-sex marriage” is over. Nothing could be further from the truth.

In fact, the assertion is obviously false when the majority of states—38 to be precise—define marriage as between one man and one woman. These states join the company of 94 percent of countries worldwide that uphold what, up until the last decade or so, has been a truth recognized throughout history: that marriage is the unique relationship that unites a man and a woman—rooted in the biological fact that reproduction depends on this union and rooted also in the reality that children do best with a mother and a father.

If we’d really lost the battle, the majority of states in the U.S. and countries worldwide would no longer affirm the unique relationship between one man and one woman. If the fight was truly over, litigation efforts would not be continuing around the country as Americans continue to uphold and defend the truth about marriage, even against, at times, a charade of justice and a bypass of the rule of law.

Furthermore, the very attempt of some to defend the position that the battle is already over by dismissing those with “religious sensibilities” actually undermines their assessment of the state of the marriage battle. Americans who uphold a belief about marriage are facing discriminatory attacks precisely because there is a debate going on in our country.

If we’d “effectively lost the battle,” or no longer cared about the institution of marriage and what it means to children, family, and society, these legal and political conflicts would not be taking place. But multitudes of people of good will continue to vigorously defend marriage against government coercion and persecution.

Indeed, far from being over, the battle lines are still being drawn as men and women across the country are courageously standing up for the truth about marriage for the sake of their children and grandchildren. And the truth of marriage is being defended despite the backlash of legal persecution and marginalization by those who disagree, including some state governments.

Jennifer Rubin of The Washington Post is correct to say that tolerance contemplates “living with others’ views that you might not like,” but she fails to recognize that while you might respect others’ views, tolerance does not give the government license to coerce you to conform to those views against your conscience. The First Amendment is very clear about this. And it is the First Amendment that guarantees protection for the diverse opinions in our society.

We cannot maintain a free and robust democracy unless we all are free not just to speak, but also to exercise our conscience. This then begs the question of whether champions of “tolerance” are prepared to in fact tolerate those with a different viewpoint or vision.

The Supreme Court’s recent opinion in the DOMA case—authored by Justice Anthony Kennedy— fell short of this ideal. Instead of recognizing that people of good will exist on both sides of the marriage debate, he opined that the only reason both houses of Congress and President Bill Clinton could possibly have had to enact the Defense of Marriage Act was a desire to “injure,” “disparage,” and “degrade.”

It is truly appalling that the only motivation fathomed by the Supreme Court’s majority opinion for the 342 Democrats and Republicans in Congress, plus President Bill Clinton, who affirmed the truth about marriage in 1996 by enacting DOMA—before any state had redefined marriage—was pure bias against couples in same-sex relationships.

Kennedy’s decision further implies that those Americans who uphold marriage as the union of a man and a woman are motivated by dislike for those individuals in same-sex relationships, rather than motivated by the truth that marriage benefits society in a way no other relationship can. This shocking perspective threatens the dignity of the millions of Americans and their elected officials who have voted to pass laws that tell the truth about marriage.

But even a misguided judicial fiat does not alter the reality that millions of Americans across the United States continue to defend marriage. The truth is that this debate about marriage, although in its nascent stage, is alive and thriving across our great land, and those who support what has been the status quo for thousands of years should not be discouraged or allow themselves to be bullied by those seeking to discriminate against them for their views.

The only thing that is inevitable is the fact that Americans will continue to debate this important issue well into the future. The task then for citizens who care about marriage and children is to continue to fortify the marriage culture and underscore that there are indeed good reasons for the belief that marriage exists to bring a man and a woman together as husband and wife.