Abortion Is ‘Bad for Business’: CEOs Work in Countries Where It’s Banned

Katie Yoder
|
Posted: Jun 14, 2019 3:00 PM
Share   Tweet
The opinions expressed by columnists are their own and do not necessarily represent the views of Townhall.com. 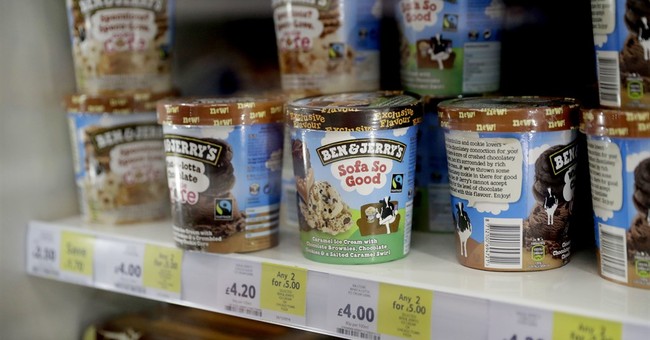 American companies recently made headlines for saying that abortion is good for business and essential to women’s equality. But their actions indicate otherwise.

Nearly 200 CEOs and company executives publicly expressed support for U.S. abortion in a full-page ad that appeared in The New York Times on June 10. Since then, others have added their names to the list called “Don’t Ban Equality.” But many of their companies, from Yelp to H&M, not only cater to countries where abortion is outlawed but also to cities where women suffer discrimination – such as the inability to pursue certain careers or even travel without a man’s permission.

But the new ad didn’t focus on that.

“It’s time for companies to stand up for reproductive health care,” it read. “Equality in the workplace is one of the most important business issues of our time.”

That equality, the CEOs argued, relied on abortion.

“Restricting access to comprehensive reproductive care, including abortion, threatens the health, independence and economic stability of our employees and customers,” the statement insisted. “Simply put, it goes against our values, and is bad for business.”

Just above the signatures, the ad continued, “We, the undersigned, employ more than 108,000 workers and stand against policies that hinder people’s health, independence, and ability to fully succeed in the workplace.”

The CEOs didn’t do this on their own. Four main abortion groups organized the effort: Planned Parenthood Federation of America, NARAL Pro-Choice America, the American Civil Liberties Union, and the Center for Reproductive Rights.

As Leana Wen, president of Planned Parenthood, stressed, “We are grateful and inspired to have so many business leaders standing with us” because “reproductive health care, including abortion care, is necessary for all people to live healthy, successful lives.”

Except for the unborn, that is.

The ad showed preference to 37 companies by listing them first, in a larger font. Of those 37 companies, 30 of them have, do, or offer business with countries that have stricter laws on abortion than the United States.

That’s not a difficult status to achieve. As reported by the Charlotte Lozier Institute and confirmed by The Washington Post, only seven countries allow elective abortions after 20 weeks. Those are Canada, China, Netherlands, North Korea, Singapore, the United States and Vietnam.

Several of the companies have or offer business in the Philippines, a country where abortion is completely prohibited, according to the Guttmacher Institute. Those are Bloomberg, Everlane, H&M, Kenneth Cole, MAC, Quintessentially, Yelp, and Zendesk.

Others have business in countries like Brazil, where, according to the Guttmacher Institute, abortion is allowed only to save the life of the woman and in cases of rape. Those include companies like Ben & Jerry’s, DVF, and Teads.

In other words, abortion restrictions appear to be just fine for business. Or, at least, abortion law is not a determining factor for these companies’ international business models. If they want to take equality seriously, these CEOs should take a look at their business in countries where women are prohibited from certain jobs and can’t even travel without permission.

Bloomberg, DVF, Everlane, H&M, Lush, MAC, and Quintessentially all do or offer business in Saudi Arabia.

In that country, according to Human Rights Watch, women can’t travel internationally or obtain a passport without a male guardian’s permission. To marry, a woman again needs a male guardian’s consent. But there’s no minimum marriage age, and some reports say that girls as young as 8 are still married off. Victims of domestic violence face challenges reporting it. There’s also employment discrimination against women, who are not allowed to pursue professions as drivers or judges.

According to Quartz, mothers aren’t equal guardians to their children there. Human Rights Watch adds that women still lack a fully-implemented system to fight against workplace sexual harassment. The criminal justice system is still struggling with the number of rapes and to encourage the reporting of crimes against women.

China allows many abuses against women, according to Human Rights Watch. The law bans sexual harassment, but doesn’t define it. Companies prefer men. The government turns a blind eye to trafficked women. And, with its two-child policy, women still aren’t allowed to have as many children as they want.

Abortion could be something these companies take into consideration. But not for the reasons these executives outline. That’s because abortion not only destroys millions of future workers but also countless future consumers.

Nothing could be more demeaning to women than for CEOs to call abortion “equality.” In doing so, they suggest that giving birth and raising children means falling behind or becoming somehow unequal. They indicate that women’s bodies should operate like men’s, instead of being empowered by what makes them beautifully different: the ability to grow a human person.

They also place the burden solely on women to find a solution. If these companies want to promote equality in the U.S., they should start by accommodating women with family-friendly policies – the choice to pursue both professional success and a family.