Katie Pavlich
|
Posted: Jul 23, 2021 4:35 PM
Share   Tweet
The opinions expressed by columnists are their own and do not necessarily represent the views of Townhall.com. 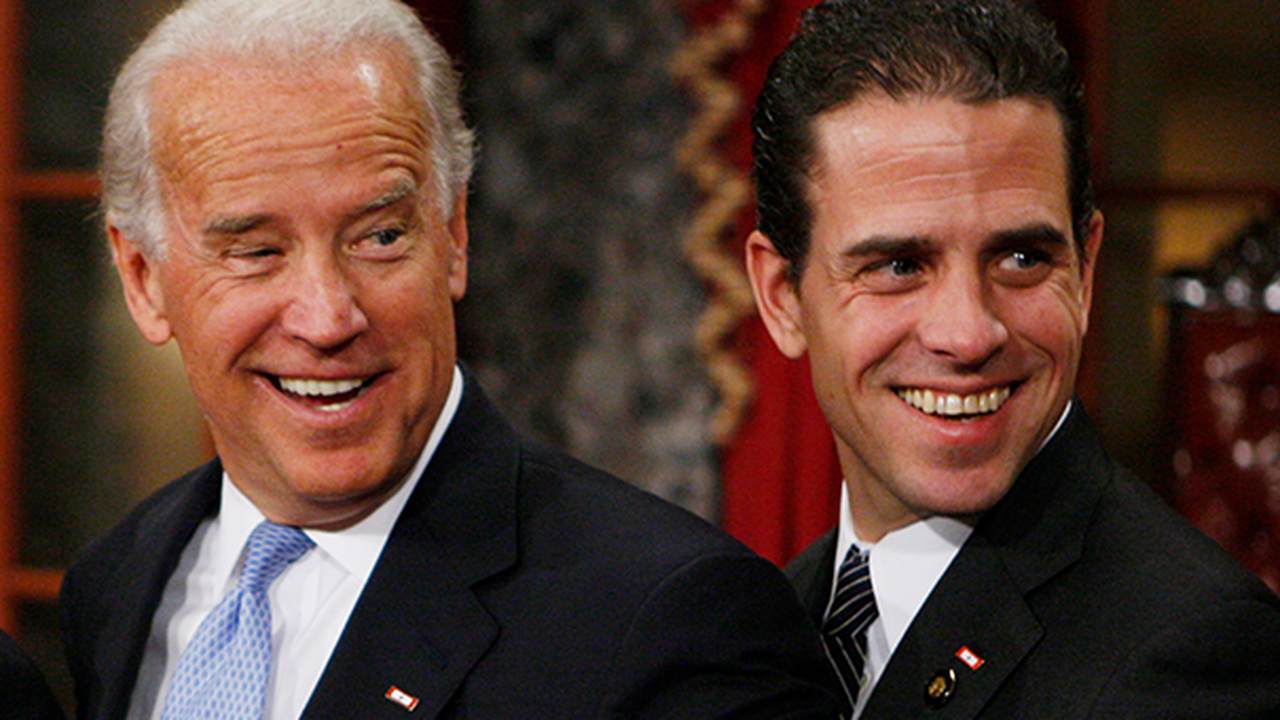 Despite making upwards of $80,000 per month working for corrupt Ukrainian gas company Burisma and landing multi-million dollar deals in China, where he still owns a 10 percent stake in Bohai Harvest RST Equity Investment Fund, Hunter Biden just can’t help himself, and neither can President Joe Biden.

The White House is bending over backwards to defend and hide Hunter’s latest money making scheme as a so-called artist. Hunter plans to sell pieces created in his pool house — by blowing paint through a glass straw — for $500,000 each. Press Secretary Jen Psaki describes him as a “child” who has the right to pursue his new “profession.”

"I can tell you after careful consideration a system has been established that allows for Hunter Biden to work in his profession within reasonable safeguards. Of course, he has the right to pursue an artist career, just like any child of a president has the right to pursue a career but all interactions regarding the selling of art and setting the prices will be handled by a professional gallerist, adhering to the highest industry standards and any offer out of the normal course would be rejected out of hand and the gallerist will not share information about buyer or prospective buyers with Hunter Biden or the administration which provides quite a level of protection and transparency," Psaki said.

But not only is the White House using taxpayer resources to manage Hunter’s new career, they’re lying to the American people about how the process will really work.

We were originally told Hunter wouldn’t be meeting the purchasers of his art in order to avoid a conflict of interest. Now we know Hunter will in fact meet prospective buyers.

“Hunter Biden is expected to meet with prospective buyers at two art shows where his paintings will be on display later this year, according to a spokesperson for the New York gallery retained to sell art made by the president's son,” CBS News reports. “The shows, a small, private affair in Los Angeles and a larger exhibition in New York City, will give Biden an opportunity to interact with potential buyers of his paintings.”

Money laundering is something Hunter knows a lot about and part of the reason he is currently under FBI investigation. Even President Barack Obama’s former ethics chief says the situation smells bad and is a breeding ground for corruption.

“They’ve put an art dealer in charge of keeping a secret and really what he’s doing is keeping a secret from the public,” former Office of Government Ethics Director Walter Shaub told CNN. “Hunter Biden we now know is going to be at two art showings where he will meet the universe of bidders on his art so they left that detail out when they told us he had no way of knowing who is buying this art.”

“The problem is they are buying it from the president’s son at prices that you would never see for a first-time art sale,” he continued. “It really doesn’t matter whether anyone likes his art or not, the question is can you find anybody but the president’s son who showed up on the scene and started selling for the cost of a house and a half.”

Has anybody thought to tell Hunter he can continue to spit on canvas and call it art, but that he shouldn’t be selling anything while his father is in the Oval Office? That’s the obvious solution here. The fact that President Biden isn’t willing to put his foot down only breeds suspicions about how he’ll benefit, especially given his past work with Hunter on a number of shady business dealings as “the big guy.” The Biden’s just aren’t willing to take the cut, even for a brief stint in the White House.