Can We Give Glenn Beck A Way Out of His No-Trump Vow?

Katie Kieffer
|
Posted: Jun 20, 2016 12:01 AM
Share   Tweet
The opinions expressed by columnists are their own and do not necessarily represent the views of Townhall.com. 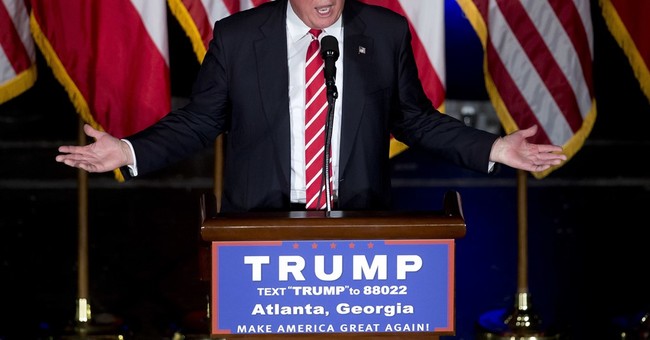 Glenn Beck is one of America’s most influential commentators, and we need to help him save face while abandoning his “Never Trump” vow.

“My children” is the primary motivator Beck lists for refusing to endorse Donald Trump now that his favored candidate, Sen. Ted Cruz, is out of the race. “Trump is the face of the GOP. Well, that makes us… pretty racist. It makes us big government guys. …I’m none of those things. …and I refuse to have my children think that I tolerated that.”

Beck sounds perplexed. He claims a moral stand against Trump for the sake of his “children,” “capitalism,” and the “Constitution.” But isn’t it interesting that Beck’s concerns about Trump echo the concerns of one of the most liberal, anti-capitalist politicians in America: House Speaker Paul Ryan?

Indeed, Ryan has been dragging his feet in support of Trump—and calling Trump’s comments “racist.” Yet Ryan is the last person in America qualified to throw the first stone at Trump. Ryan’s $1.15 trillion splurges are anti-human and the textbook definition of big government.

Beck put himself in a corner by saying he could never endorse Trump. Instead of admitting his mistake outright, last week, Beck started to give equal air-time to pro-Trump guests. He says his goal is to let his listeners make up their own minds. Which makes you wonder if Beck is beginning to question his “Never Trump” vow.

The stakes are too high for Beck to crouch in a metaphorical corner. His influence is too vast for him to delegate his commentary role to other lesser communicators. Here’s his two-step plan to break his “Never Trump” vow, and save face.

“With Erick Erickson joining us on this program, it’s a little like the Island of Misfit Toys. …We’ve just kind of been stranded on this island where principles still matter, and yet we seem to be among the very, very few,” Beck introduced his radio interview with Never-Trump commentator Erick Erickson last week. “Erick thank you for your stand… you’ve been amazing.”

Erickson went on to opine on why Trump’s “nomination is in jeopardy [at the 2016 Republican National Convention], deservedly so.”

Erickson insisted that the GOP should break its own rules and nominate someone other than Trump because “it’s the right thing to do. Sometimes you’ve got to do the right thing even if it’s not the comfortable thing.”

If for no other reason, Beck and Friends should drop their moral superiority for the sake of their self-described primary motivator: their children. Because no young person in the history of the world thought their parents sounded smart on a soapbox. A more effective way to influence your children is to be pragmatic.

Explain to your children that voting for a president is different from driving a car. The latter activity is one in which you personally assume nearly all responsibility for your actions. For example, if you’re texting while driving, and get into an accident—you can only blame yourself.

On the other hand, when you’re electing a political leader, you are not culpable for their personal flaws or sins. Nor are you culpable for voting for the individual who is superior to the alternative—but still far from perfect in terms of the policies they espouse. Because you cannot completely control the candidates nominated and you have even less control over the choices elected officials make once in office. You can only do your best. If a vote for a candidate meant endorsing their character and all their decisions, then most of us are very culpable indeed.

JFK isn’t the only brilliant man who made big mistakes in his personal life. Alexander Hamilton—America’s founding father and first Secretary of the Treasury—had an affair with a married woman while he was married to the amiable mother of his eight children. King David—a biblical leader who received a special covenant from God—committed adultery with Bathsheba before he repented and passed his throne to Solomon.

Bottom line, no one will vote for a “Never Trump” candidate because some conservative commentator thrusts his nose in the air and tries to fill them with shame. Why hand the White House to Hillary out of self-righteous pride?

David Brock is a little-known political consultant that Hillary Clinton employs. He lurks in the shadows and plays dirty, subscribing to the Saul Alinsky philosophy that ends justify means.

TIME Magazine recently reported that Brock: “has personally raised more than $150 million from rich liberals to fund his sprawling empire, which also includes a group that files mostly spurious ethics complaints against Republicans.”

Translation: Hillary’s campaign will stop at nothing. Trump is the only candidate with the moxie to deflect her low blows. Who else could get more media coverage after banning 10 major media outlets from access to his campaign, including: BuzzFeed, The Washington Post, Fusion, Univision, The Huffington Post, The Daily Beast, the Union Leader, Politico and The Des Moines Register?

As I articulated last week, Trump is the only viable candidate who could beat Bill Clinton’s wife in a general election.

When pushed by Beck’s team, even Erickson could not articulate whom he saw as the “Never Trump” candidate capable of defeating Clinton. “I’m still hoping someone steps forward,” Erickson said. “We’ve got to have an adult run for president. …I’m not voting for either one [Trump or Clinton].”

Sitting at home on your moral high horse and refusing to vote is the comfortable thing to do. Voting for Trump is not comfortable, but it just so happens to be the right thing to do. Not because Trump is the ideal candidate but because he is a candidate opposed to someone far worse.