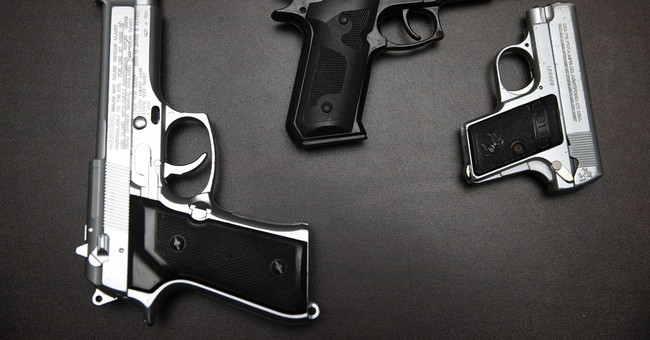 Gunpowder is bullet-proof preventative medicine for American physicians. Every doctor should have the option to carry concealed in clinics and hospitals.

A 55-year-old man named Stephen Pasceri walked into Boston’s Brigham and Woman’s Hospital last Tuesday and asked for renowned cardiovascular surgeon Dr. Michael Davidson. When the surgeon appeared, Pasceri pulled out a .40-caliber pistol and hit the surgeon twice before turning the gun on himself.

Dr. Davidson was rushed to the emergency room and operated on but the gunshot wounds proved fatal. His pregnant wife – also a surgeon – was left to mourn the death of her loving husband and care for their three (soon-to-be four) young children alone.

Pasceri’s surviving siblings said their brother was angry at Dr. Davidson because their mother died shortly after he had treated her for cardiovascular issues. But, they also said they never expected him to act upon his anger in such a vicious manner. It appears Pasceri was suffering from an underlying mental instability that made it hard for him to control his anger.

This is not the first time that a doctor has been violently attacked by an armed madman in a gun-free zone. Last summer, a mentally ill patient stormed Mercy Fitzgerald Hospital in Darby, Pennsylvania with a loaded firearm and killed his female caseworker. More lives would have been lost if it had not been for a psychiatrist named Dr. Lee Silverman who technically broke the letter of the law by carrying concealed at work. He courageously saved innocent lives by pulling his trigger on the mad gunman before other staffers even had time to dial 911.

Speaker of the House John Boehner was recently threatened by his former country club bartender, Michael Hoyt. The bartender actually called the police to tell them that he wanted to poison or shoot the Speaker. Hoyt claimed to be Jesus Christ and said he was on a mission to end Boehner’s life with a Beretta in retaliation for “Ebola.” Ultimately, armed men—specifically local police, the FBI and Boehner’s security detail—shielded Boehner from the mad mixologist.

Taxpayers help pay for Boehner’s armed protection, ostensibly because he is an asset to our country. Ask yourself whether you think your doctor is an equally important asset. You and I rely on the expertise of specialists like Dr. Davidson to help heal us when we become ill. So, doesn’t it follow that we should champion the right of healthcare providers to carry concealed at work?

Dr. Davidson was a brilliant man. He studied at Yale and Princeton. In addition to practicing medicine, he worked as an assistant professor at Harvard Medical School. He was a Type-A personality who ran the Boston Marathon on his 40th birthday and touched those around him with his kindness and generosity. His colleagues honored the 44-year-old surgeon as: "almost always the smartest man in the room."

The day after the Boston hospital shooting, “solutions” such as metal detectors and invasive pat-downs were being touted as the cure-all for armed madmen with a thirst for preying on defenseless healthcare providers.

Just as doctors advise hockey players to wear mouth guards to protect their teeth from flying pucks, doctors must be allowed to wear firearms to defend themselves from flying bullets. A healthy diet and regular exercise are not enough to save a hockey player’s teeth from pucks just as metal detectors, pat-downs and cardboard gun-free zone signs are insufficient to save a doctor’s ticker from bullets; something stronger must be prescribed in both cases.

These tragic shootings offer further proof that gun-free zones fail to deter violent criminals who suffer from mental illness. Repeat after me: firearms within reach of doctors during the day will help keep mentally ill gunmen at bay.