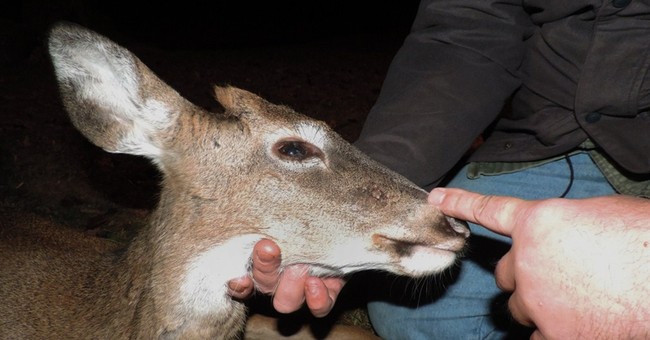 New York Mayor Michael Bloomberg and New York Governor Andrew Cuomo feign to keep us healthy and safe by restricting our dietary choices and attacking our constitutional right to use guns for hunting and self-defense. Both men are dead wrong about health, hunting and guns.

Bloomberg chastises folks who slurp sugary soda pop while lambasting hunters who eat organic, lean, high-protein venison. Meanwhile, Cuomo has been known to holler at the top of his lungs: “No one needs 10 bullets to kill a deer!” Cuomo’s claim is completely irrelevant. You could need ten shots to defend yourself and your family from intruders.

Elites with an entourage of armed guards like Bloomberg and Cuomo prioritize their own political power over our health, safety and freedom. Here are some reasons why you should include more venison—and hunting—in your diet and lifestyle:

Venison is Healthy: Venison is high in protein (there are 24 grams of protein per four ounces of venison) and low in saturated fat (1 gram per four ounces). Venison supplies more iron than beef. Venison also provides you with high levels of B vitamins and all of the ten essential amino acids. Plus, venison is low in both cholesterol and calories.

Conservationist hunting is the most merciful way to kill an animal: In the wild, animals die slow and painful deaths by starvation, disease, or the claws of a predator. Instead of letting an animal die slowly and painfully in Nature, hunters offer a quicker death with less pain and allow animals to serve a higher purpose.

Deer hunters do not kill to mutilate. Rather, hunters kill deer for purposes that include putting food on the table and balancing the animal’s population. Thus, the deer serves a noble purpose instead of rotting or becoming carrion. In addition to the meat, other parts of the animal can also serve a higher purpose. The deer’s hide can be utilized for a rug or for clothing. The pelt, or the skin layer, can be made into leather.

We have an over-population of deer: Bloomberg likes to label hunting rifles as “assault weapons,” as if hunters were out to assault deer. In truth, humans will be assaulted by animals if conservationist hunters do not keep their populations in check.

TIME Magazine reported in December that Coyotes are threatening New York City while black bears are stressing out parents and pet-owners in New Jersey; our population of over 30 million white-tailed deer and 5 million feral pigs is becoming a nuisance: deer cause traffic accidents that kill around 200 Americans a year and feral pigs cause $1.5 billion of annual damage to residential areas.

Here’s an idea: give Bloomberg a pet feral pig as a present. Within ten minutes he’ll be hollering for hunters to rescue him!

Hunting helps you learn about and appreciate nature: As you hunt for your food, you’ll learn about the deer and the surrounding flora and fauna. You’ll naturally educate yourself on the deer’s habitat; rutting behaviors; how they care for their young; and the vegetation that they eat. You’ll learn how to attract them and, in the process of gutting them, you will learn about the animal’s anatomy. Overall, hunting helps you learn so much about the animal that you’ll develop a deep sense of appreciation for the beast that gives you its meat for your sustenance. You will conserve the animal’s population—while enabling the animal to serve a higher purpose.

Stick to your resolution to become healthier in the New Year. But instead of cotton balls, consider a healthier diet—The Deer Meat Diet. In addition to nurturing your own body, you will be caring for Mother Nature.