More Than Enough To Go Around

Kathryn Lopez
|
Posted: Nov 09, 2019 12:01 AM
Share   Tweet
The opinions expressed by columnists are their own and do not necessarily represent the views of Townhall.com. 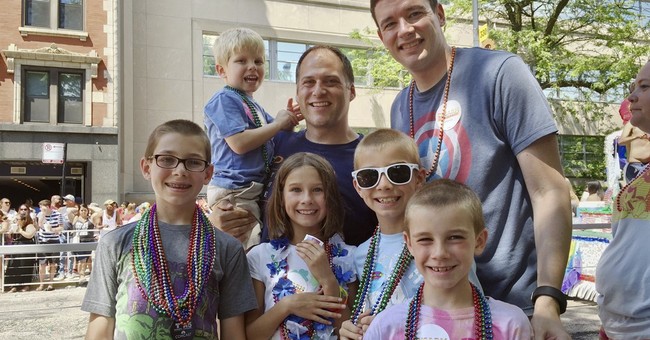 Four-hundred forty-two thousand: That's roughly the number of children in foster care in America. I was with a former foster child, now a mother herself, earlier this month. We were screening a short, powerful documentary called "I Lived on Parker Avenue," about the challenges and rewards of adoption. Sarah Zagorski told us about growing up with her mother -- fighting for food at 5 years old, among other challenges -- eventually leading to her being placed in foster care in Louisiana for almost eight years, before finally finding a home with a loving adopted family. When you look at and hear from her now, it's hard not to want to pray for the young Sarahs of today.

Of the hundreds of thousands of children in foster care, more than 100,000 are adoptable, eligible for placement in "forever families." We've got some 330 million people living in the United States. This can be done. These Sarahs can find loving families. These Sarahs should be given a fighting chance.

November is National Adoption Month, giving us an opportunity to rally to the cause and shine a light on something everyone should be talking about. It coincides with the start of the holiday season, which traditionally brings families together. So, what about the kids who don't have food, family or fun? What about the children who have no sense of normal?

We screened the adoption documentary at the Sheen Center for Thought & Culture, which happens to be next to a Planned Parenthood clinic -- sharing a wall -- yards away from Margaret Sanger Square, named for the founder of what became Planned Parenthood. Recently while leaving the Sheen Center, I was confronted with clinic escorts and pro-life sidewalk counselors. And then I saw a young couple who looked like their dreams had died. The woman looked like life had been sucked out of her. Which is, of course, exactly what had happened.

So, what are we going to do about this all? The Christian Alliance for Orphans has a campaign, dubbed "More Than Enough," that is rallying people behind the conviction that our country has the means to adopt all its unhoused foster children. This should be true and will be true if religious communities, in particular, step up to the plate. Christians, in a particular way, believe we are adopted children of a merciful creator. Both the New and Old Testaments emphasize God's care for the widows and orphans. We must do as God does! And an important part of the message of this or any other similar initiative is: We all have our roles. There's more than enough for all of us to do -- including being practical supports to families with foster and adoptive children, who are often dealing with past trauma and other systemic problems.

It's a whole different column, but I appreciated a talk Florida Sen. Marco Rubio delivered at my alma mater, the Catholic University of America, recently. He talked about our duty to the common good. And the common good is not just a civic/philosophical phrase; the common good has faces. That's why I'm so grateful that Sarah tells her story, to advocate for children who can't come out to say "Help me. Love me. Save me."

There's the particular tragedy, too, of abortion. And couples want babies! Occasionally, I hear a story about a couple who stands outside an abortion clinic and says: "We'll love your baby." This needs to be ubiquitous in our culture, making it a culture of life and love when it seems the very opposite some days. More Than Enough. Let's make it all so.