No One is Disposable 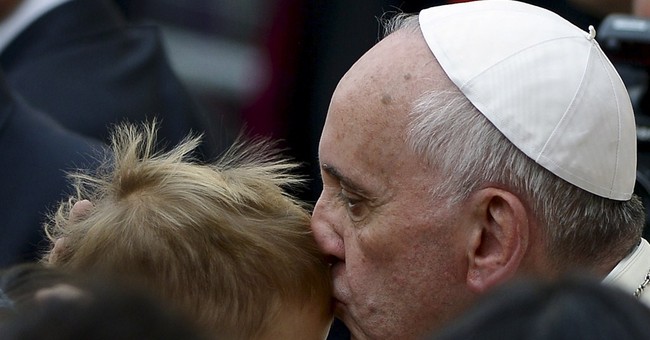 "He was just kind of left by himself," a friend of Richard Shoop commented to reporters.


I never met Shoop, but I nearly ran into him a few nights ago at a Nordstrom in Paramus, N.J. He had just shot a rifle in the air there, starting a mass panic and police lockdown that ended in Shoop committing suicide. Like every other customer and worker in the mall at the time of the incident, I'm unharmed -- Shoop evidently wasn't prepared to hurt anyone but himself. I just can't get Shoop off my mind.


Based on the media testimony of family and friends, Shoop seemed like he was trying to be functional. He went to work and lived his life. But he would fall into addiction, violence and confusion. And he's not alone.


In her book Men on Strike, Dr. Helen Smith writes that in 2010, more than 38,000 people killed themselves in the United States -- more than 30,000 of them men. Why would Shoop choose to terrorize a mall before taking his own life? Perhaps because we don't notice people until they do something really crazy.

"People care almost as little about suicide in young men as they do about men in general, which is to say, not a lot," says Smith, also the author of Scarred Heart, a book about teens who kill. She adds: "In a world where everyone is so busy and the culture full of hostility for men and boys -- their inner psychological life is taboo unless it conforms to the societal ideal ... Add to this a constant barrage of cable news giving media time to mass shooters over and over, and it is little wonder that a confused young man thinks that the way to gain recognition and attention to his plight is by a public display of suicide, or worse, harming others."

Judging from reports, it seems clear Shoop "was deeply unhappy" for presently unknown reasons, and appeared to want to kill himself in a dramatic way, Dr. Sally Satel, a staff psychiatrist at the Oasis Clinic in Washington, D.C., and author of many books on psychiatry, policy and treatment, comments.

"When people start talking about giving away their possessions and they already seem withdrawn and hint at killing themselves, you have to take that combination very seriously," she cautions.

My general advice to friends, family and co-workers is to take an interest, pay attention, and inquire when they see another person appearing to 'drift' in strange directions,&quot; says Aaron Kheriaty, a clinical professor in the Department of Psychiatry at the University of California, Irvine, and lead author of The Catholic Guide to Depression.

Make the effort to get to know the person a little bit, and then get below the surface chit-chat,&quot; Dr. Kheriaty says. "If you simply take the trouble to ask with an attitude of wanting to assist, most people will open up. If they open up, then you can begin to build some trust. This does not need to take a long time. From there, a suggestion to seek help from a mental health professional is more likely to be well-received than if it came at the person out of the blue."

Shortly after Shoop had been found dead, a picture of Pope Francis embracing the severely disfigured head of a man with a genetic disorder went viral, capturing the public imagination with the possibilities of love, of real encounters with one another, beyond, as Kheriaty said, the superficial.

The pope has recently been talking about a throwaway culture where we treat people as if they are disposable; something in Shoop's life -- or a tempting darkness in his head, an ache in his heart -- seems to have led him to believe that he was. But nothing could be further from the truth. If he could only be reached by the outpouring of love of family and friends as they faced the watching world in the aftermath of the tragedy.

It's too late to embrace Shoop and give him the love and help he needed. Instead of screaming about gun laws, let's grapple with better ways to reach the tormented, to keep them from abandonment, to help families aid the mentally ill, and to let every man and woman know they are not disposable, that we have not thrown them away to be alone with scars on their hearts and darkness in their heads. There is no magic wand to keep what happened at the Paramus mall from happening again, but building and nurturing a culture where we have actual, fulfilling personal interactions amid a supportive, nourishing culture couldn't hurt.