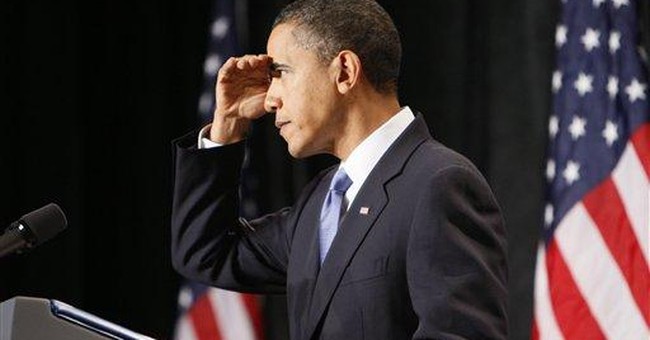 They called it a "miracle." Maybe it wasn't the Spirit of 1776, but something like it was in the air as Republican Scott Brown was elected to the U.S. Senate seat held by Edward M. Kennedy for six decades. Running on resetting health-care reform in Washington, tax cuts and fiscal responsibility, Brown did what was considered utterly impossible: he flipped a long-held Democratic seat in Massachusetts. But one of the messages the Brown victory sent was that there are no safe seats. There is no inevitability in politics. Even the memory of Teddy Kennedy, a liberal icon, with all the weight of his family's romance, and his widow on the campaign trail, couldn't get this election away from issues.

It was a powerful, inspiring statement. From around the country that special-election day in Massachusetts, I received e-mails from Americans who felt a newfound connection to what happens in Washington, who, in some cases, even wondered, for the first time in their lives, whether they should run for political office.

But there was an entirely different spirit emanating from the teleprompter during President Barack Obama's first State of the Union address. Obama seemed determined to squash the Brown fervor like a bug. Without using the senator-elect's name, the president dismissed growing frustrations with himself, his party and its policies -- the indisputable sources of Brown's victory -- as a "campaign fever," a sort of sickness that impedes reasonable government.

Characteristically, the president swatted his critics like pests. He chided them as if they had no plans of their own to offer -- especially on health care. But it's not that they have no plans: it's that Obama has no interest in the views of opponents, seeing them merely as annoying obstacles to be overcome in the face of his grand agenda.

This is the wrong attitude. These are the wrong lessons.

Obama also functions as the worst kind of leader of his party -- one who is willing to let it fall on its sword, rather than compromise. The president's bullheaded attachment to his misguided policies will take its toll in the voting booth. In New Jersey, Virginia and Massachusetts, the White House has lost dramatically. And the outlook for this November doesn't get better for Dems.

And so when Obama talks about "a stubborn resilience in the face of adversity" that Americans share, one gets the impression he's really talking about himself. Opponents of the president's agenda are many, and the numbers are growing. But he will not take a deep breath and start again, will not listen to his critics or negotiate.

As he said during the speech, regarding health care: "I take my share of the blame for not explaining it more clearly to the American people. And I know that with all the lobbying and horse-trading, the process left most Americans wondering, 'What's in it for me?'"

But Americans are not only asking, "What's in it for me?" They are wondering: "Why does the federal government have to do it?" They can legitimately wonder: "Don't we have a limited government that serves a natural law, based on a moral law?" Why then has the president watched as the U.S. Senate passed a health-care bill that includes federal taxpayer funding of abortions, that violates the moral consciences of millions of Americans?

In a new poll of likely voters, the National Review Institute found that, by 65 to 25 percent, people worry about big government more than big business. As board member Ramesh Ponnuru puts it: "Likely voters do not believe that this administration knows how business works or how to help it succeed, by 53 to 42 percent; independents and people who own small businesses were even more skeptical. Seventy-nine percent of voters agree that Congress has lost sight of its constitutional limits; 53 percent of them 'strongly' agree."

Americans are not victims who need handouts. Americans need the freedom to flourish. And until our president realizes this, he, and America, will lose out.