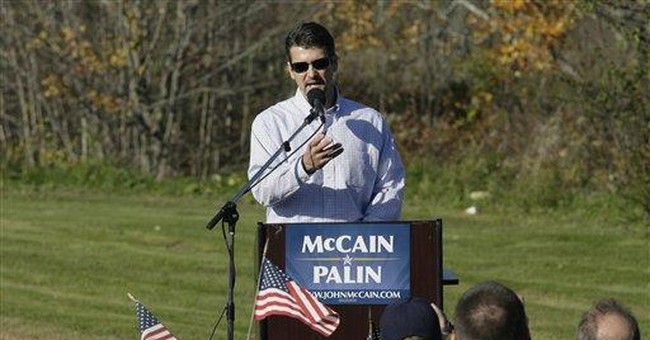 Paisley’s I’m Still a Guy rose to the top of the Billboard Hot Country Songs chart this summer.  He cleverly sings about the way men and women see the world differently, “When you see a deer, you see Bambi and I see antlers up on the wall.  When you see a lake, you think picnics and I see a large mouth up under that log.  You're probably thinkin' that you're gonna change me.  In some ways, well, maybe you might.  Scrub me down, dress me up, oh, but no matter what, remember, I'm still a guy.”

In this politically incorrect song, Paisley humorously points out the societal pressures on men to become more feminine and rejects these pressures.  Remember John Edwards’ $400 haircut?  Paisley sings, “Yeah, with all of these men linein' up to get neutered it's hip now to be feminized.  I don't highlight my hair, I've still got a pair.  Yeah, honey, I'm still a guy.”

Americans loved the song, men and women alike.  The message of the song resonates with listeners—it is ok for men to embrace their masculine side.

Like the “guy” described in Paisley’s song, Todd Palin appeared on the campaign trail as a guy’s guy, a manly man, in all the right ways.  He is manliness in action.  He is tough, yet gentle.  He is a champion snowmobile racer, even finishing a 400 mile race this year with a broken arm.   He seamlessly weaves between the oil fields, commercial fishing waters and a home full of children.  Through it all, he looks at his wife with glowing adoration.

Todd Palin, who Alaskans know as the First Dude, is so natural in his role as a male spouse to a female candidate that he was one of the least criticized aspects of Sarah Palin’s Vice Presidential run.  There were not endless stories printed about his dress, hair, speeches or parenting.

We watched in awe and sometimes in horror at the way former President Bill Clinton handled himself as the husband of a female candidate.  He danced between being her cheerleader, attack dog and advisor.  Like wearing someone else’s clothes, none of the roles fit quite right.

Todd Palin found an appropriate role for himself on the campaign trail as a loving husband.  He stood beside his wife and did what was necessary for her to succeed, whether it was introducing her at events or taking primary responsibility for the children.   He did not steal her spotlight, overshadow her or act threatened by her.  Through it all, the fact that his wife was running for Vice President did not emasculate him.

Todd Palin acted out the gentle masculinity that Paisley sings about, “And I'll pour out my heart, hold your hand in the car, write a love song that makes you cry.  Then turn right around knock some jerk to the ground 'cause he copped a feel as you walk by.”

Too often equality of the sexes is sought through emasculating men.  We should observe this marriage and the role Todd Palin has embraced on the campaign trail.  Sarah Palin has become one of the most powerful women in America without neutering her husband.  He is still a guy.