A Role for Parents in the Election 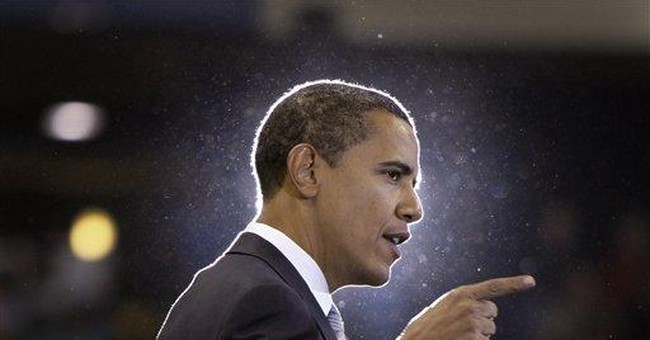 The Obama Campaign has infiltrated college and graduate school campuses throughout the United States. One day last week, on my way to class I was asked if I wanted to sign-up to volunteer for the Obama Campaign. On my way to my seat, I passed a student with an Obama button pinned to her shirt. Before my evening seminar, one of my fellow classmates handed out Obama bumper stickers.

Even away from law school in the comfort of my home I am told that as a young person I should be voting for Obama. In a spoof of ads encouraging parents to talk to their children about drugs, smoking and sex, Penn Badgley and Blake Lively, stars of Gossip Girl, along with some other young people implore young people to, “talk to your parents about John McCain.” Sponsored by MoveOn.org, the ad opens with Badgley saying, “Mom, Dad, I found this in your room today,” as he holds up a trucker hat that reads, “Drill Baby Drill, McCain-Palin 2008.” It ends with Lively offering, “And if you’re ever out somewhere and you’re considering voting for McCain, just call me, and I’ll pick you up. No questions asked.”

Students are being pressured by their peers and young Hollywood actors to vote for Obama. Voting for Obama is being sold as the cool thing to do. According to the ad, it is time for young people to even have “The Talk” with their parents to convince them to vote for Obama. It should be the other way around: Parents should be initiating another version of “The Talk” with their college-aged children, but this time not about drugs, alcohol or sex—instead, about the upcoming election.

And if parents think this is a difficult topic to cover, author Hugh Hewitt has articulated the case for young people to think again about voting for Barack Obama in his pamphlet, Letter to a Young Obama Supporter.

Hewitt approaches this topic with the seriousness it deserves, laying out the arguments specifically to appeal to young people. He writes, “There are tremendously appealing reasons to support Senator Obama, especially for young people who think the country is broken, its politics bitter and boring, elected officials stupid and President Bush and Vice President Cheney at best incompetent and at worst evil. The only way to change a young voter’s mind about supporting Obama will be to sincerely and persuasively explain to them why the charismatic senator from Illinois would be a disaster as the president and how that will gravely impact their future. In short, you have to make an adult case to your adult children based on the facts.”

Ultimately, Hewitt argues that Obama is not ready to be President in a time of war and economic uncertainty. His writing style is easy to digest and he gets straight to the point, “Let me be blunt: The government never gives productive people their money back in equivalent economic benefits.”

Rather than writing in the abstract, Hewitt uses examples that resonate with young voters. For instance, instead of getting bogged down in the details of Social Security and Medicare, he addresses these topics by asking, “In fact, if your parents are relatively healthy and relatively young, the retirement system isn’t even going to be able to keep the commitments it made to them unless those changes are made. Are you ready to step in? Are you ready to have them move in with you?” This question should wake up young people.

Discussing politics can be challenging. But parents should not leave it to other students or Hollywood actors to educate their children on sensitive topics. They should play an active role in educating their children on the candidates.

We may roll our eyes, but we are listening.