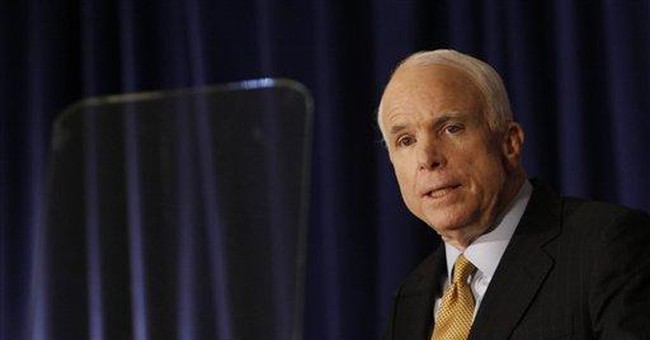 Both Presidential candidates are fighting vigorously to win over women voters, recognizing women could decide their fate on November 4th.

How does Barack Obama plan to win over women voters? By highlighting his pro-choice record? By promoting his healthcare policies? By promising to make America more secure?

In 2000, the candidates fought over an important voting block of women labeled “soccer moms.” In 2004, this influential voting block of women was relabeled “security moms.” In 2008, Obama’s campaign is trying to turn these women and others into “equal pay moms,” women who will vote for him because they think Obama will solve the pay disparity among men and women in the workforce.

Obama plans to win women voters by informing them of the pay gap between men and women, firing them up about the issue and then encouraging them to vote for him because of it. He is creating an issue to win on.

I recently attended a “Women for Obama” Rally in Charlottesville, Virginia to observe the atmosphere, identify the important issues being discussed and investigate the question, “What does the Obama campaign think women really want?”

As soon as I arrived, I noticed a variety of signs. Standing out from the many signs reading, “Change We Need,” “Women for Obama” and “Yes We Can,” were poster-size cut-out letters spelling, C-H-A-N-G-E. The signs focused on the generic message of change, not the divisive issues of abortion, healthcare or security. I was curious to discover the priority issues for Democrats. There were three featured speakers at the rally. As expected, one was Michelle Obama. Not surprising, another was Jill Biden. The third? Lilly Ledbetter.

To many students at this rally and many Americans, Ledbetter is an unknown figure. As soon as she was announced, a few people around me whispered, “Who is that woman?”

Ledbetter is an Alabama woman who lost her equal pay case against Goodyear Tire and Rubber Co. before the Supreme Court because of statutory timing limits. At the Rally, she said, “My story could be anyone’s story. It could be yours. What happened shows what can happen when America’s ideals of equality and fairness are betrayed.” She also was a featured speaker at the Democratic National Convention in Denver.

Ledbetter has become the flag bearer for Obama’s attempt to win over women voters. She symbolizes a new direction in Democratic politics: a significant move away from focusing on the divisive issue of abortion to the economic issue of pay discrepancy. Obama’s campaign is pushing the equal pay issue in all forums, trying to make it a decisive campaign issue.

In the Senate, Obama and Joe Biden were co-sponsors of the Lilly Ledbetter Fair Pay Act, which purported to make it easier for women to sue employers for discriminatory pay differences by changing the timing requirements. On the campaign trail, Obama and his surrogates highlight the equal pay issue. In his acceptance speech in Denver, Obama said, “And now is the time to keep the promise of equal pay for an equal day’s work, because I want my daughters to have exactly the same opportunities as your sons.” On Obama’s campaign website under the headline, “Fighting for Pay Equity,” his position statement reads, “Despite decades of progress, women still make only 77 cents for every dollar a man makes.”

The 1963 Equal Pay Act prohibits wage differentials based on sex. Obama, however, is still promoting the idea that women are not paid the same as men because of discrimination. What is he really talking about? While he prefers to talk in generalities instead of specifics as to how he will achieve equal pay, he seems to be advocating “comparable worth,” a means to achieve pay equity by requiring employers to pay people in jobs “comparable” to each other the same. For example, a coal miner, a job traditionally fulfilled by men, might be judged “comparable” to a secretary, a job traditionally fulfilled by women, so employers would have to pay people in these jobs equal wages. Advocates for “comparable worth” lost the battle because of the feared consequences of trying to compare jobs. As a result, Obama is pursuing his quest for “comparable worth” under a different label, equal pay. He even cosponsored the Fair Pay Act, which refers to “equivalent jobs.”

The issue of equal pay has risen and fallen in popularity since the 1960s. Obama has again put the issue in the spotlight and is using it to try to win over women voters. We will see on November 4th if Obama’s call for equal pay and the comparable worth solution he advocates will motivate women to cast their vote for him.