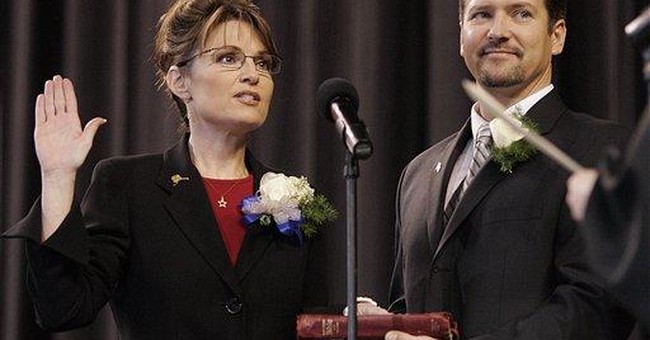 Throughout the Democratic National Convention, media outlets highlighted the faction within the Democratic Party composed of Hillary Clinton supporters who intend to vote for John McCain. They showed pictures of women wearing Clinton t-shirts, women proudly displaying “NOBAMA” buttons and women crying during Clinton’s speech. It is tempting to laugh-off this news coverage as media exaggeration, but these women are standing their ground and organizing. JustSayNoDeal.com is the website clearinghouse for this exact group of Democratic discontents—women (and men) who are saying “no” to Barack Obama. They believe the election was stolen from Clinton. Their unifying philosophy is, “If the parties won’t uphold democratic principles, who will? If the voters don’t hold the parties accountable, who will?”

An “Open Letter to JustSayNoDealers” prominently posted on the website reads in part, “I hope you do not give into intimidation or persuasion and remain committed to the cause. This movement is no longer invisible and with that there will be effort to divide you and concur. I hope, for the sake of all the people you have energized, you stay unified with a single voice and a single purpose of undoing the wrong. Let’s say ‘NO DEAL!’ with our votes in November and make sure the candidate who is not qualified will not be the occupant of 1600 Pennsylvania Avenue in 2009. Long live the movement.”

This effort is bigger than one woman or one group. Justsayno.com includes a long list of affiliated websites, which promote a similar message, such as writehillaryin.com, clintondems.com, hireheels.com, hillarysupporters.com, clintons4mccain.com and puma08.com. Most of these domain names are pretty self-explanatory, except for puma08.com. “Puma” originally stood for “Party Unity, My Ass!,” but some more moderate members now argue it is short for, “People United Means Action.”

This coalition is actively fighting the Democratic Party. The website features press releases criticizing of Obama and calling for more Americans to reject him at the polls. A June 27th press release written in response to “Unity Day” reads, “While the Just Say No Deal Coalition respects the genuine nature of Senator Clinton in keeping her word to campaign with and for Senator Obama, we will not support him now or on November 4, 2008. Senator Clinton's vote is her own; our votes are our own and they will not be cast for Senator Obama. The Just Say No Deal Coalition members will either choose to stay home in protest, write-in Senator Clinton's name or vote for Senator John McCain. Our votes are our voices and Just Say No Deal's voices are 2 million strong and growing.”

It is difficult to measure the strength of this movement. Usually supporters of presidential candidates who lose in the primary eventually rally around the party candidate, even if reluctantly. What is different this time?

Feminist Susan Faludi diagnoses the problem in her latest New York Times article by placing the frustration these women feel in a larger historical context. For these women, it is not just about this moment. Faludi writes, “Many Clinton supporters say no, and to understand their gloom, one has to take into account the legacy of American women’s political struggle, in which long yearned for transformational change always gives way before a chorus of ‘not now’ and ‘wait your turn,’ and in which every victory turns out to be partial or pyrrhic.” For Clinton’s supporters, her loss is just one more example of women being told to wait. For them, once again their supposed allies have blinked when it mattered most. Victory was so close, yet they interpret its elusiveness as signaling that true gender equality has not been achieved.

This Democratic discontent along with McCain’s pick of Governor Sarah Palin as his Vice Presidential candidate provide a unique opportunity for women to unite behind one candidate and vote as a block in a way that has not been expected since women won the right to vote. It is the perfect storm. At a time when many feminist women feel the weakest within American electoral politics based on Clinton’s loss, they could swing the election by uniting behind Palin. Since so many of these feminists claim they care more about electing a woman to high elective office than whether she is a Republican or Democratic, Palin gives them the chance they have been told by Democrats to “wait” a bit longer for and she provides a compelling reason (and cover) for them to reject the Democratic ticket in November. This unity and power, however, depends on if these women are willing to stand their ground, reject the deal Democrats delivered to them and embrace a Republican woman in November.