How Trump Can Dismantle Obamacare Without Congress

Justin Haskins
|
Posted: May 21, 2018 12:01 AM
Share   Tweet
The opinions expressed by columnists are their own and do not necessarily represent the views of Townhall.com. 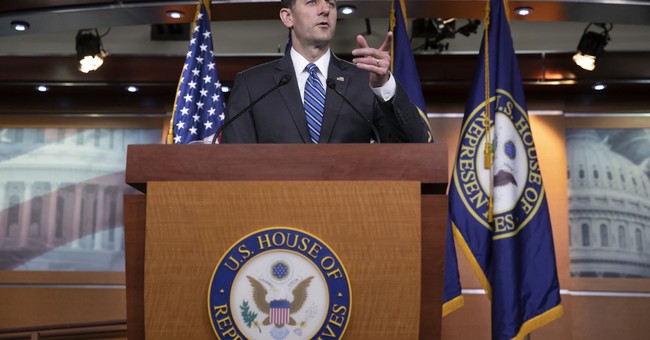 After more than eight years of promising to end Obamacare, Republicans in Congress—despite having control of both the House and Senate—have failed to stop this disastrous health care law. But thanks to an important provision Republicans included in the Tax Cuts and Jobs Act when they passed the law in December 2017, the Trump administration may soon have an opportunity to end Obamacare without Congress, which might force Republican congressmen to finally get their act together and pass health care legislation that would empower states and local governments and free health care markets from costly federal government mandates.

As I have previously noted in several articles on the subject, including in a May 14 article for Townhall, a very strong argument can be made that Obamacare will soon no longer be constitutional. The short explanation is that in the 2012 decision upholding the legality of the Obamacare individual mandate, Chief Justice John Roberts cast the tie-breaking vote in favor of the Affordable Care Act’s individual mandate on the basis that the penalty imposed for not having “qualifying” health insurance is not a fine, penalty, or fee, but rather a tax. Since Congress has the power to tax, Roberts reasoned, it has the power to impose the individual mandate.

When Congress and the Trump administration passed their tax reform legislation in December, they lowered the Obamacare penalty to $0 (effective January 1, 2019), eliminating any possibility of the fine being considered a “tax.” They did not, however, eliminate the mandate to purchase health insurance (because they couldn’t under the congressional rules used to pass the tax reform law). Without the so-called “tax” tied to the mandate, the foundation of Roberts’ argument will completely disappear when the penalty is removed.

This argument, which was also made recently in a lawsuit filed in federal court by 20 states and several other plaintiffs, creates the opportunity for the Trump administration to end Obamacare without Congress having to pass a law. But how?

In other articles, I noted the Trump administration would need to officially declare that the law will no longer be constitutional when the tax is eliminated in January 2019, but as I’ve been instructed recently by former Virginia Attorney General Ken Cuccinelli, that’s only partially correct. In addition to declaring that the Trump administration will not recognize the constitutionality of the law, it would need to settle the lawsuit with those plaintiffs alleging the individual mandate is no longer constitutional. By settling the lawsuit and effectively acknowledging the plaintiffs’ argument is correct, Obamacare could be dismantled without Congress’s approval. With a settlement, it would be legally difficult, if not impossible, for Obamacare to be eliminated because the Trump administration has a duty to enforce existing federal law.

Some of you might be wondering why the entire Obamacare law might be tossed out if only the individual mandate is determined to be unconstitutional. The answer is that in previous Supreme Court cases, the Court has determined that when a particularly important provision of a law is deemed unconstitutional, the entire law should be struck down. The primary reason for this is that the Court’s job is not to create or alter legislation; that power, at the federal level, belongs to Congress alone.

Former Justice Antonin Scalia explained in the dissent he authored in the 2012 case that there is a two-part guide for determining whether one or more provisions ruled to be unconstitutional ought to compel the Supreme Court to strike down an entire law. As Scalia noted in the second part of the guide, the one most relevant for the current situation, “even if the remaining provisions can operate as Congress designed them to operate, the Court must determine if Congress would have enacted them standing alone and without the unconstitutional portion. If Congress would not, those provisions, too, must be invalidated.”

Obamacare is not constitutional, and the Trump administration has the power to end Obamacare on its own. For the sake of the country’s failing health insurance market, let’s hope it acts by settling the lawsuit challenging Obamacare and declaring the law to be what it always was: an illegal act by the federal government to force people to buy a product millions of families can’t even afford to use.