Why Ben Carson is the Perfect (Vice) Presidential Candidate 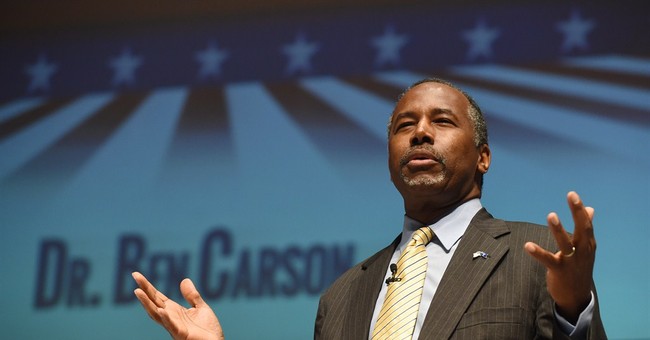 When Dr. Ben Carson took the stage at the 2013 National Prayer Breakfast, few would have guessed the prominent pediatric neurosurgeon from Johns Hopkins would be running for president just a few years later. His now famous—or infamous, depending on which side of the aisle you sit—bludgeoning of the Affordable Care Act, the Obama administration’s signature law, almost instantly went viral and put Carson on U.S. conservatives’ radar.

The newly anointed Tea Party hero presents a rare and exceptional mix of character, poise, and dazzling intelligence, all alongside a passionate Christian faith and love for the Constitution. It’s not surprising then to expect many conservatives to support Carson in the coming Republican primaries.

But despite his tremendous charisma, brilliance, and compassion, this rags-to-riches story is unlikely to end with a 2016 presidential nomination, and almost certainly not in the White House—at least not yet.

Carson is a real political novice. He’s never held an elected office at any level, which may be why the otherwise savvy doctor has already found himself in several small controversies during his short stint on the national stage. For instance, in March Carson acknowledged he believed homosexuality was a choice, suggesting that prisoners who once considered themselves heterosexual but now engage in homosexual sex is proof of his claim. Yikes.

Carson has a strong Christian faith and his worldview has been greatly shaped by those beliefs, but few established political figures would find themselves making a comment like that, especially on CNN. Regardless of what you believe about homosexuality and gay marriage, you have to admit a serious national political figure cannot say something like that without significantly harming his or her chances with much of the nation.

Even if Carson wins the GOP nomination, his lack of experience would stand in stark contrast to the Clinton political dynasty. The last thing Republicans should do is put a candidate up against Hillary Clinton who would actually help Clinton highlight her most significant asset: experience.

Despite his lack of political know-how, Carson has a lot to offer on a presidential ticket—just not at the very top of it. Carson has an incredible personal narrative much of the nation will admire and relate to. He’s perhaps the only candidate on the Republican ticket in the past 30 years or more who can walk into devastated urban environments such as Detroit, Carson’s hometown, and deliver a message of hope and prosperity. He can also sell himself as an expert on health care reform and the need to provide an alternative to Obamacare.

Perhaps most importantly, Carson would be the first candidate in over a decade evangelical Christians, a group often overlooked by many mainstream political pundits, would be excited to support in droves.

Without evangelicals, it’s almost impossible for a Republican to win a presidential race—just ask Sen. John McCain (R-AZ), who was beaten badly in 2008 after evangelicals refused to throw their backing his way after providing historic levels of support for George W. Bush in 2000 and 2004.

Carson is a political newcomer who needs additional time in the national spotlight before thrusting himself in a grueling duel with the national Democrat machine, but his charisma, intelligence, and personal story would be a tremendous asset to a number of more qualified presidential candidates.

What better way to obtain needed political experience prior to a 2020 or 2024 White House run than to serve as the nation’s first African-American vice president?