Promising, Private Efforts to Save the Oceans

Julie Gunlock
|
Posted: May 03, 2019 12:01 AM
Share   Tweet
The opinions expressed by columnists are their own and do not necessarily represent the views of Townhall.com. 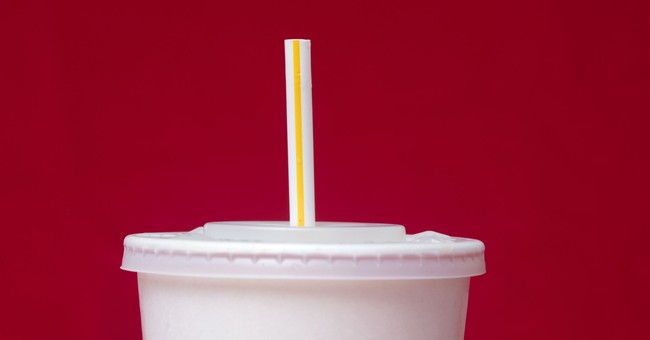 This corporate anti-straw position isn’t new. Last year, Starbucks announced it would eliminate single-use straws in all of its locations by 2020 in order to reduce plastic pollution in the oceans. McDonald’s quickly followed suit with its plans to switch to paper straws in the UK and to an as-yet-to-be-determined (although likely inferior to plastic) alternative in the US in 2019. Hotel chains Marriot and Hilton also banned straws, as did some airlines and tourist destinations. Cities got in on the action with plastic straw bans in New York City, Berkeley, Seattle, Miami Beach, and Washington, DC, to name only a few cities.

The media and environmental groups applauded these policies. Finally, something was going to be done about ocean pollution!

But there was a snag. Disability and autism advocacy groups objected, trying, mostly in vain, to explain to myopic environmentalists, virtue signaling corporate heads, and desperate to appear to be “doing something” city officials that plastic straws have become vital to their communities and general welfare.

Pamela Smith, an Alexandria, Virginia mom of a bright and friendly young man who is also autistic, explained her own reliance on plastic straws, saying, “My son is 13 years old and has restrictive diet behaviors and food sensory issues. He will only drink from McDonald’s cups using McDonald's plastic straws. He will literally dehydrate himself rather than drink from another type of cup or straw. I've been purchasing and hoarding cups and straws each time we visit McDonald’s fearing the day they’re no longer available.”

Sadly, Pamela’s and many other stories from the disability community meant little to environmentalists who enthusiastically pushed through a straw ban in Washington, DC. In fact, the District now has a straw ban enforcer—a straw cop—who, according to the Washington Post, can occasionally be seen patrolling District food courts, lecturing startled food court cashiers that their restaurants could be fined up to $800 dollars if it doesn’t comply with the no-straw rule by July 2019.

And then there was another snag. People began to realize that straws make up a tiny fraction of ocean pollution. Why ban a product that’s convenient for consumers and actually necessary for many in the disability community if it won’t result in cleaner oceans?

Ocean pollution is a serious problem. According to the National Oceanic and Atmospheric Administration, billions of pounds of trash is dumped into the ocean each year. Yet, 90 percent of that comes from Asia and Africa—not the United States. In fact, analysis by the World Economic Forum found that 10 rivers—the Yangtze, Indus, Yellow, Hai He, Fanges, Pearl, Amur, and Mekong in Asia, and the Nile and Niger in Africa are responsible for the vast majority of trash in the ocean.

Consider the work of SC Johnson, whose CEO Fisk Johnson, has embarked on an information-gathering journey to the very places responsible for much of the pollution. His and SC Johnson’s social media accounts often post pictures of his travels and meetings with local officials.

Though dedicated to ocean health, Mr. Johnson isn’t calling for bans on the specific products western countries and consumers enjoy. Rather, he’s calling for the development of better waste water treatment facilities (SC Johnson is helping to build eight facilities in Indonesia this year) in areas where the pollution actually originates and better education so that locals can care for their own environment.

Fisk Johnson has even made a commitment to provide more eco-friendly packaging from his own company by making use of the plastic collected—using local workers—from the coastlines of Haiti, the Philippines and Indonesia. By 2025, Mr. Johnson hopes to make 100 percent of its plastic packaging recyclable, reusable or compostable.

That’s not putting the onus on consumers in the US, but on him, and his company. Rather than virtual signaling, Fisk Johnson is focused on addressing the actual causes of the problems and helping to fund real solutions. That may not earn public accolades, but will make the world a better place.