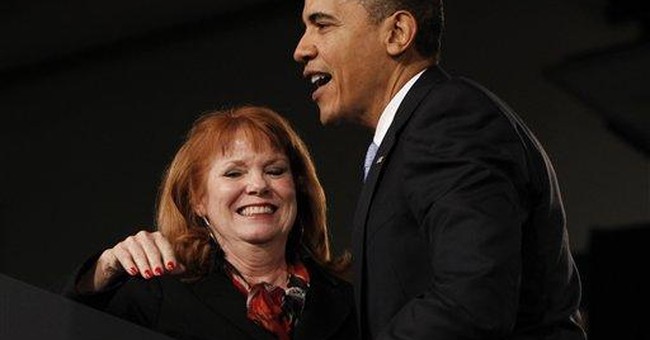 If current indicators are correct, Obama faces a steep uphill climb this November. The question then becomes, does the road within his own party stay so steep? His two Democratic predecessors faced the same midterm challenge. Their early electoral travails, and more importantly, their party’s differing reactions to them, provide instructive lessons for today’s Democrats.

Many on the Right have already worn out the description of the current Administration as Carter’s second coming. However in one aspect, it may be very apt. If current and recent trends – both in the polls and at the polls – continue, midterm losses for the president’s party are a surety.

In fact, the same midterm losses befell Clinton as well. If a third repetition is already out of Democrats’ control, all that remains within their control is their response to it. Here, the diametrically different Democratic reactions to the Carter and Clinton precedents present two very discordant options.

Although Carter ultimately prevailed, he emerged severely weakened. November’s results were devastating. Democrats lost 34 House seats and control of the Senate with a 12-seat loss.

The reasons for these very different results lies in another striking similarity that these Democratic presidencies share: control of a key electoral group. In the case of Carter and Clinton, it was their southern strength.

In 1972, Democrats failed to win any Southern states (and only MN and DC overall). In 1976, with Georgia governor Jimmy Carter atop the ticket, Democrats virtually swept the South – losing only VA – winning 14 states and 143 electoral votes. Carter’s victory margin was just 2% in the popular vote and 57 electoral votes. Absent Carter’s southern dominance, Gerald Ford wins the presidency.

Clinton shared a similar, but a sustained, southern strength.

In 1988, George HW Bush, running against MA governor Michael Dukakis, lost only WV in the South. In 1992, with Arkansas governor Bill Clinton atop the ticket, Democrats won 8 southern states. While third party candidate Ross Perot’s siphoning of votes from Bush muted the importance, the shift was dramatic.

Four years later, and without a primary opponent, Clinton successfully ran for reelection. He again carried 8 southern states (exchanging FL for GA in the process).

The current president also holds a key group for Democrats’ electoral success: black voters. While Obama’s approval ratings hover at 50% overall, his support among African-Americans voters is enormous. According to a 1/18/10 ABC News/Washington Post poll of 1,083 adults (3.5% +/- margin of error), Obama’s support level among blacks was an incredible 96%.

Obama’s base of support in the Africa-American community is even more important to the Democratic party than Carter and Clinton’s in the South. It is not limited to a single geographic region. Black votes can be the determining factor in a multitude of high electoral vote states nationwide.

The current president appears likely to share his two predecessors’ midterm congressional losses. Right now, Democrats would probably glad take Carter’s losses this November. Yet the reaction to Carter’s reelection was a strong primary challenge. The result was the complete loss of Carter’s southern base and even larger congressional losses for the party.

History therefore offers Democrats a strong caution in the face of potentially looming electoral adversity. Over-reaction to it is likely to be very costly. Even more so than in 1980.

What if a primary challenge to Obama undercut Africa-American support for the Democratic party, the way a primary challenge contributed to Carter’s loss of key southern support? Democrats’ mid-term loss expectations are already being attributed to a lack of motivation in the base that elected Obama in 2008. What if such participation were further eroded and concentrated in the black community?

In sports, it is often said that the coach of a losing team is fired because the whole team cannot be. In this case, an attempt to fire the coach could in fact lead to a firing of the team. Or at least a large part of it.