Plato Wants Paul: Reluctance as a Virtue for Paul Ryan as Speaker 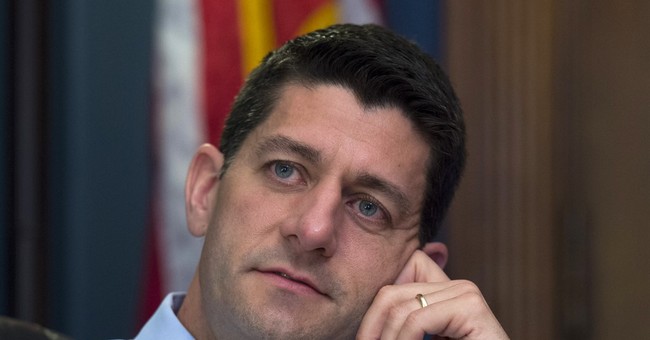 Washington is a roaring dumpster fire—or, at least saying so on the stump whips up the type of thunderous applause that’s capable of putting a reality T.V. star within striking distance of the White House. Yes, I agree with most Americans that something’s definitely rotten in the state of Denmark, but sometimes our best saviors are not the ones yelling the loudest from the outside, but the ones quietly working the hardest on the inside.

Enter Paul Ryan…or not, unfortunately. When Speaker John Boehner announced his impending resignation last month, the name “Paul Ryan” inevitably entered the race with neither the namesake’s effort nor consent. Forced to comment, Ryan offered an emphatic “No” when asked whether he’s interested in the House’s top spot. Pressed further, he simply replied, “Because I don't want to be Speaker.”

With Ryan’s refusal, the party wagons quickly circled around Majority Leader Kevin McCarthy. Then yesterday, Washington was treated to yet another jarring surprise when McCarthy backed out of the race in the eleventh hour. Again, Ryan’s name catapulted to the front of succession talk. But yet again, he refused, stating, “while I am grateful for the encouragement I’ve received, I will not be a candidate. I continue to believe I can best serve the country and this conference as Chairman of the Ways and Means Committee.”

Ryan seems to be among the few candidates with both the necessary policy chops and political capital to be Speaker. Yet, it’s his complete disinterest in the latter and complete immersion in the former which makes him so appealing—but more importantly, qualified.

Let us, for a moment, consider the House of Representatives as a nation-state and the Speaker the appointed ruler. Like the state, there are plenty of actors clamoring for power and influence. Consequently, it would seem that the best one to lead is the one most willing and able to take on the heavy burden of leadership, not the one most reluctant to do so.

In Plato’s Republic, this concept is turned on its head. Engaging in dialogue, Socrates understands the difficulty of attracting a just ruler, stating that “it won’t be surprising if those who get so far are unwilling to involve themselves in human affairs, and if their minds long to remain in the realm above.” In this observation, ‘human affairs’ can be substituted with ‘politics’ or ‘governance,’ while the ‘realm above’ can be understood as the contemplative life of the philosopher seeking the form of the good, which leads to happiness and fulfillment. As a result, Socrates recognizes the dilemma we face—why would someone sacrifice their sense of fulfillment to pursue the difficult task of governing other than having a selfish desire for power? Well, the short answer is they won’t. They would have to be compelled by a genuine sense of duty in order to give up the “realm above.”

In this way, Paul Ryan’s mind has long been in the ‘realm above,’ that realm being policy and big ideas. It’s no surprise that Ryan, despite his commitment to conservative orthodoxy, is not the one trying to burn down Congress in a fit of ideological rage. Rather, he’s been crafting budgets, proposals, and seeking consensus-building as a way to advance the ball down the field. Lest any firebrands suggest that Ryan’s willingness to work across the aisle or support House leadership is tantamount to apostasy, they should remember that it was Ryan behind the “Road Map for America’s Future,” the ultra-conservative budget plan that scared GOP establishment types eager to win the House in 2010. Yet, despite his “radical” plan, the GOP was swept into power later that fall and Ryan suddenly became the GOP’s go-to conservative policy wonk. He’s refreshing in his recognition that sheer will-power and subversion usually translates to flat defeat and Pyrrhic victory.

Ryan is happy right where he is, and he is genuine in his belief that he can do more in the realm of policy rather than the cave of politics. It would seem then that only duty can compel the Chairman of the Ways and Means Committee to disband his dream job in order to save his conference. This is what makes Ryan the only qualified candidate for the Speakership, for “the state whose prospective rulers come to their duties with the least enthusiasm is bound to have the best and most tranquil government, and the state whose rulers are eager to rule the worst.”

The pressure is mounting on Chairman Ryan because both outside observers and colleagues in the House understand the dire circumstances. Although political stunts and inflammatory remarks might have propelled others into varying levels of power, Ryan’s relentless pursuit of sound policy has earned him the respect and admiration that Congress as an institution has lost. If Ryan thinks it’s his duty to give up what he loves to be Speaker, he will do so despite his reluctance. But, if he genuinely believes he can do more in his current role, then he will stick to that instead.