Does “Smart Power” Involve Respect or Empathy for Child-Murderers? 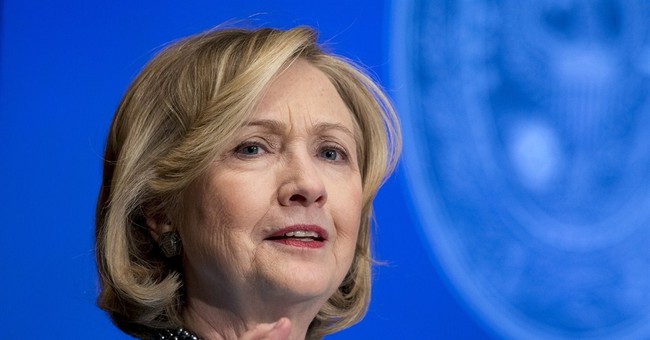 On December 16, Taliban militants gunned down children at the Army Public School and Degree College in Peshawar, Pakistan. Disguised as paramilitary Frontier Corps soldiers, the militants scaled the south wall of the school’s main building and opened fire on an unsuspecting community. At least 135 people lost their lives as a result of the attack, and most of those killed were boys and girls aged four to 16. If the international community seeks to understand such barbarity, should it begin by attempting to respect or empathize with these killers? Former Secretary of State Hillary Clinton may think so.

Earlier this month, Clinton—the presumptive Democratic Presidential Nominee—made comments supporting the use of “smart power” as an effective foreign policy tool during a speech at Georgetown University in Washington, D.C. According to America’s former top diplomat, “smart power” involves, “leaving no one on the sidelines, showing respect even for one’s enemies, trying to understand and insofar as psychologically possible, empathize with their perspective and point of view.”

The call to “respect” and “empathize” with America’s enemies against the backdrop of barbaric terrorism should get a speechwriter fired, especially if it was a lazy semantic error, or “wrong language” as former Bush adviser Karl Rove quipped. During a recent hearing before the Senate Foreign Relations Committee, Secretary of State John Kerry defended his predecessor, explaining, “I don’t think she was referring—I’m confident, I know she was not referring to a group like [ISIS],” offered Kerry. Kerry added that Clinton must have been, “referring to those out there with whom we are not actively fighting or engaged in a war but who are behaving in ways that are clearly opposed to our interests.”

There it is again, just poor semantics. Those seeking to explain or defend Clinton’s comments are forced to blame poor word choice because most Americans understand that there is no room for “respect” or “empathy” for child-murderers. Nevertheless, if it is a question of genuine policy belief—that this is the application of “smart power”—then there is much to worry about if Clinton assumes the world’s most powerful office come January 2016.

In effect, the report is emblematic of its time, as many Americans desired a genuine change in direction. The opening lines of the report assert that, “to maintain a leading role in global affairs, the United States must move from eliciting fear and anger to inspiring optimism and hope.”

Ultimately, the underlying theme of the report is that the United States is experiencing a decline in image and influence due to the Bush Administration’s overemphasis of “hard power,” a euphemism for perceived warmongering. As a result, the recommendation is the addition of more “soft power” in order to dilute America’s foreign policy cocktail. In other words, the right amount of “soft power” mixed in with “hard power” gives the U.S. “smart power.”

President Obama seemed to take this recommendation to heart once he assumed office. Obama added copious amounts of “soft power” with several visits overseas in an attempt to strengthen international ties and signal a change from the Bush years. During the 2012 presidential race, Romney characterized these trips as an American “apology tour.” Regardless of how one characterizes it, Obama’s inaugural travels are a clear illustration of “soft power” in practice.

Six years later, what is the result of Obama’s “soft power” in an attempt to balance U.S. foreign policy towards “smart power?” Well, a few highlights include Benghazi, the Crimea, the “reset” with Russia, the nonexistent “red line” with Assad in Syria, and now the rise of ISIS.

Obama’s foreign policy blunders alone could merit a semester course on the subject, but what is more important is the fact that each foreign policy stumble under Obama is a result of a “do nothing and hope for the best” attitude that has resulted in the U.S. suffering from a reactive, rather than proactive, foreign policy. Although no one actually knows where the phrase originated from, the “leading from behind” characterization of Obama’s foreign policy appears to be an accurate one.

Is this what the optimistic scholars at CSIS envisioned? Is this the kind of “smart power” that Clinton likes to talk about? Arguably no. Rather than add “soft power” to the leftover “hard power” of the Bush years, Obama tossed out all the “hard power” and ordered a tall glass of “soft power” with extra ice. Sure, Obama supporters are quick to highlight the killing of Osama bin Laden and various, successful drone and airstrike campaigns, but these achievements are quickly paling in comparison to his missteps.

There is nothing wrong with the idea of “smart power” when it is correctly articulated and applied. According to CSIS, “smart power” is dependent on “investing once again in the global good—providing things that people and governments in all quarters of the world want but cannot attain in the absence of American leadership.” That makes sense, especially the call for American leadership. Nevertheless, it should be remembered that not everyone wants the same things in all quarters of the world. There is little to nothing that American leadership can provide for Islamic fundamentalists committing egregious crimes in the pursuit of global jihad.

The U.S. cannot assume that Islamic terrorists are simply misunderstood and require different, diplomatic approaches. Zealotry—be it religious, political, or both— is uncompromising, a fact that the world learned the hard way in World War II. It does not matter if it is a military group, a radicalized religious sect, or a nation state—actively seeking out innocents in warfare, especially children, should automatically relegate one to illegitimacy.

Admittedly (hopefully), Clinton did not mean that the U.S. should empathize with or respect enemies that include terrorists who target children. Rather, Clinton was probably trying to reiterate the fact that the U.S. needs to understand its enemies and adversaries in order to defeat or manage them. In that regard, she is not saying anything new. Knowing your enemy is as old as Sun Tzu.

If fundamentalist groups like the Taliban, Al Qaeda, and ISIS continue to murder school children and behead journalists, the international community is under no obligation to “empathize” or “respect” them. The only obligation the global community has is the security of human rights and the promotion of democratic systems. CSIS is correct in recognizing that such “global goods” are impossible without American leadership; therefore, the first step in establishing American leadership is to actively condemn and fight Islamic terrorism rather than assume that it is an ideology that can somehow be empathized with or respected.