Joseph Semprevivo
|
Posted: Dec 23, 2020 12:01 AM
Share   Tweet
The opinions expressed by columnists are their own and do not necessarily represent the views of Townhall.com. 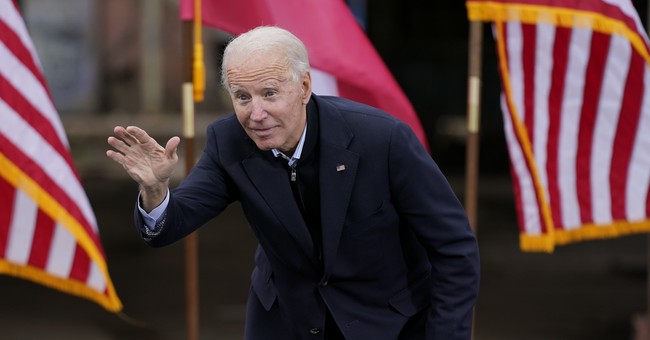 As the COVID-19 vaccine is distributed, what’s next for the U.S. economy? That’s the $21 trillion question, impacting employers and employees alike.

The liberal media is unsure, although President-elect Biden’s enablers are eager to give him the benefit of the doubt. Politico predicts a “massive boom ahead,” with “economic forecasters hop[ing] for a blockbuster 2021.” New York Times columnist Paul Krugman similarly sees a “coming Biden boom,” claiming the economic outlook is probably brighter than you think.” Of course, you should take that proclamation with a grain of salt: In 2016, Krugman infamously claimed the stock market would “never” recover under a Trump presidency. (After sky-high market growth and record-low unemployment, he was forced to reverse course last January.)

In truth, you should take all of today's politically driven optimism with a grain of salt. Democrats and their media allies suddenly believe in the U.S. economy simply because President Trump is leaving office. That is the only reason.

Dig deeper, and there is plenty of cause for alarm. The incoming Biden administration already plans to promote a federal minimum wage increase to $15 an hour, which would raise employer’s labor costs while making it more difficult for them to hire new employees and retain current ones. At the same time, liberal interest groups are pushing the House of Representatives to raise taxes on middle-class families (employers included), at a time when financial security comes at a premium and tax hikes do nothing but undermine it.

The same House aims to extend mortgage foreclosure protections, but their expiration may make 2008 look like a walk in the park. Once those protections expire, low interest rates will begin to creep upward, thus disqualifying millions of potential new homeowners from buying a first home. When banks are able to foreclose next year, new homes will be released into the real estate market, thus causing a shift from a seller’s market to a buyer’s market. However, the flood of new homes will cause a price drop that could make valuations fall below 2008 levels.

Then there’s the small business angle. In cities like Boston and New York, more than one-third of small businesses have closed for good. Millions more are at risk. And, with COVID-19 restrictions lingering, small business activity will sink into a deeper and deeper hole. Current turnover is unprecedented, and it takes months and months for new businesses to form and expand. Trust me: I’m a longtime small business owner, and there is no on-off switch for business activity, especially when job creators are faced with minimum wage hikes, tax increases, and other barriers.

What about the Biden administration’s looming attack on the oil industry, putting downward pressure on energy prices and employment in that sector? Or how about Biden’s overtures to China, which threaten U.S. manufacturing jobs?

Unfortunately for the U.S. economy, there are now more questions than answers. Nevertheless, liberal media elites are so blinded by their allegiance to President-elect Biden that they’ll see any economic forecast with rose-colored glasses. Positioning the incoming administration as our economic savior in 2021, when President-elect Biden is reuniting an Obama administration that presided over the weakest economic recovery in American history, is premature at best and deeply irresponsible at worst.

Here’s my advice to Americans: Hope for the best, but prepare for the worst. As a longtime politician, President-elect Biden is the wrong man to lead America out of a pandemic-induced recession. He is poised to create a new one in 2021.

The owner and manager of Joseph’s Premier Real Estate, Joseph Semprevivo serves as an adjunct professor of finance, business, real estate and insurance at Indian River State College. He is also the author of the best-selling book “Madness, Miracles, Millions" and the former state economic development commissioner of New Mexico.