Health Care and the Moral Imperative 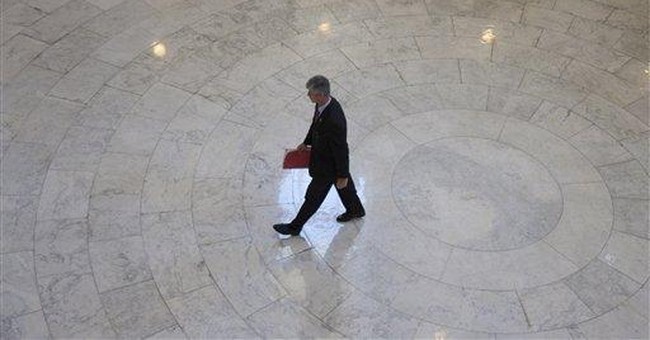 I am always troubled by those in government claiming they have a moral imperative to enact this or that policy. A little digging often reveals that their motives are more self serving than moral. I am doubly troubled when those raising the moral banner tend to reject the very idea of an objective morality applicable to all men at all times.

Such is the case with liberal Democrats and their insistence that the moral laws of the universe – laws that have been with us since God breathed life into man (or as some would have it when we rose from the primordial soup) – command Government to supply every citizen (and many that aren’t) with health insurance.

But as is generally the case all we need do is scratch the surface and the truth reveals itself.

As reported in the Wall Street Journal, John Cassidy of the New Yorker lets the cat out of the bag when he writes on The New Yorker website that we must be clear about what the reform amounts to. "The U.S. government is making a costly and open-ended commitment," Cassidy writes. “The Obama Administration . . . is creating a new entitlement program, which, once established, will be virtually impossible to rescind." And why are they doing it? Again the WSJ quotes Cassidy: Because “ObamaCare serves the twin goals of making the United States a more equitable country" and furthering the Democrats' "political calculus." In other words, the purpose is to further redistribute income by putting health care further under government control, and in the process making the middle class more dependent on government. As the party of government, Democrats will benefit over the long run.”

That might explain why this massive 2000 page bill uses the command “shall”- business “shall” do this, you “shall” do that -- 3,345 times; creates 111 new government boards, commissions and bureaucracies all overseen by a healthcare czar and subjects every aspect of healthcare to government regulation; all this at a whopping cost to taxpayers of $1.5 trillion over 10 years, which will be paid for through a host of new taxes, penalties and fees. In spite of rumors to the contrary; there is no free lunch.

This bitter pill might be easier to swallow if the new left was at least honest in admitting that the cost of seeing this imperative through will be paid for in freedoms. These new Knights Templar have defended their cause with constant references to affordability and yet under their plan what is affordable ceases to be a subjective measure that each man can make for himself according to his individual needs and priorities. Rather it becomes an objective measure defined by the new “Commissioner of Health Choices.” Every American will be forced to purchase an insurance policy. The government will decide what benefits those policies must include. Even if you are happy with your current insurance plan you will have to switch to a policy that includes the government mandated benefits even if you don’t want them, will never use them and their inclusion will increase the price you pay for coverage. And suppose you decide for whatever reason that you are simply not going to pay? Well the house bill specifies “a fine of up to $250,000 and/or imprisonment of up to five years.” Imprisonment…whereupon you will of course receive free government healthcare.

There is nothing quite like morality imposed at the point of a gun, or which benefits some at the expense of others.

The Pelosi bill narrowly won passage in the house after Rep. Bart Stupak (D-Mich.) offered an amendment prohibiting abortion coverage in the public option as well as any private plans accepting people receiving taxpayer subsidies. But be not dismayed; Rep. Debbie Wasserman Schultz (D-Fla.), the Democrats’ chief deputy whip in the House of Representatives has promised that she and other pro abortion democrats will work overtime to ensure that the Stupak amendment is not included in the final version of the health care bill. During an appearance on MSNBC Wasserman Schultz declared, “I am confident that when it comes back from the conference committee that that language won't be there.” That’s right; those claiming a moral imperative to reform healthcare are the same folks that believe they also have a moral right to murder children in utero AND force others to pay for it.

It seems obvious why those claiming the mantle of righteousness chose to pass this monstrosity of awfulness under cover of darkness. Thankfully -- to quote the pop star Jeffry Osborne -- “I really don’t need no light to see through you.”