SNL Has Trump-Hating Standards? Maybe They Can’t See Their Own Level of Bias

Joseph Bilello
|
Posted: May 18, 2017 10:08 AM
Share   Tweet
The opinions expressed by columnists are their own and do not necessarily represent the views of Townhall.com. 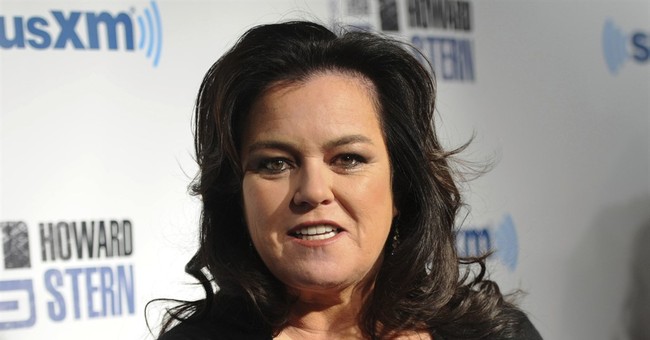 Apparently, even the weekly Donald Trump/Republican hatefest known as Saturday Night Live has some standards when it comes to the level of hatred they are willing to dish out.

Back in February, comedienne and former View co-host Rosie O’Donnell tweeted that she was ready to play White House chief strategist Steve Bannon on the long-running NBC comedy show if she were to get the nod from the show’s producers.

“I am here to serve,” O’Donnell wrote when asked if she was ready for the role of Bannon on the iconic NBC sketch comedy show. “Alec has trump – melissa has spice – i would need a few days to prepare – so if called – i will be ready.”

But during a recent interview with The Hollywood Reporter, SNL cast member Leslie Jones claimed that the show’s creator and executive producer Lorne Michaels had not considered O’Donnell for a role because she might just be too filled with hate, even for the ultra-Trump-hating SNL.

“When you’re playing a character, you can’t play it from hate,” Jones said Michaels had told her. “You have to play it from funny, because when you play it from hate, it looks like you’re just being mean.” Because SNL has made every effort to avoid being mean to anyone affiliated with the new administration, right?

I suppose SNL should be applauded for at least having some semblance of standards when it comes to Republican hate. But is it possible that the folks at SNL are actually not aware of their own blatant partisanship?

Obviously, cast members do not make much effort to hide their bias on a personal level. In the same Hollywood Reporter story, cast member Colin Jost recalled, “The day after the election got extremely sad and very disorienting. People didn't know what to write. No one was feeling very funny.” Cast member Cecily Strong added, “I saw Kate [McKinnon] in the hallway, and we hugged and sobbed.”

But perhaps the cast at SNL genuinely believes that they are equal opportunity offenders when it comes to political figures, at least in terms of their performance on the show. Their level of bias actually blinds them to their level of bias.

Sometimes, a comedian’s bias is best exemplified by their attempt to deny their bias. They say things like, 'I’d really like to make fun of Obama equally but it’s just too hard, you know, with him being almost perfect and all. Donald Trump on the other hand... I mean, c’mon, that’s endless material right there.'

Barack Obama was often depicted as a guy who might just be too damn cool to be President of the United States. Bill Clinton’s sexual exploitations often seemed more celebrated then mocked. He just loves the ladies, doesn’t he? In contrast, George W. Bush and Donald Trump are portrayed as incompetent morons, unfit to hold the highest office in the land.

See, we make fun of everyone here at Saturday Night Live.

They literally can’t see the difference between making fun of someone for being too cool and smooth with the ladies and questioning someone’s level of intelligence. And questioning someone’s mental capacity isn’t mean…..if they are a Republican. Let’s face it, Republicans are usually pretty stupid, right? It’s not mean, it’s just true. They don’t want to be mean at SNL.

The culture of Trump and Republican hate runs deep at SNL. For the show’s top brass to express concern over the potential of too much hate toward the president is truly telling. At least they seem to be making an effort. Now if they can just learn to recognize how their blatant bias is on display every Saturday night. With an entire ensemble of creative talent, I’m sure they can find some Democrats out there who have some flaws to be exploited.