I'd Rather Invest In Taylor Swift Than The U.S. Government

Jon Schweppe
|
Posted: Jun 27, 2016 1:01 PM
Share   Tweet
The opinions expressed by columnists are their own and do not necessarily represent the views of Townhall.com. 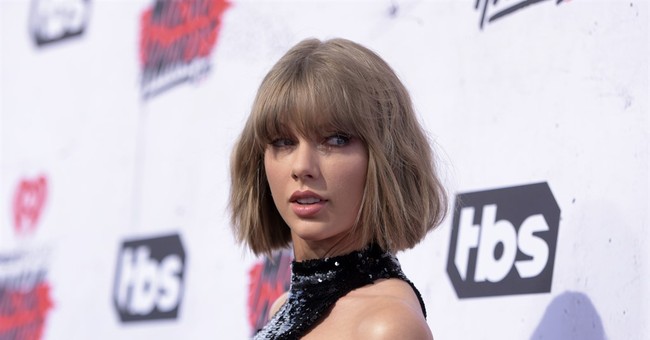 When I sat down to read John Tamny’s fantastic new book — Who Needs the Fed? — I expected a tome about the errors taking place at the Federal Reserve, specifically in regard to zero-interest rate policy and quantitative easing.

And yes, in some respects, Tamny fulfilled that expectation. But Who Needs the Fed? digs into big picture topics that are far more relevant to our daily lives than esoteric concepts such as money supply, M1 and M2, capital requirements, liquidity, and — hey, wake up! — I promise you, this isn’t that type of book.

Instead, Tamny has formulated a revolutionary new way to understand the economy. Who Needs the Fed? will lead you to question everything you thought you knew about the federal government’s role in our daily lives. It will also make you skeptical of what you hear on TV from so-called “experts”.

Who Needs the Fed? is an incredible read, even if you don’t have much of a knowledge base about economics. Tamny uses pop culture and the world of sports to describe complicated concepts and make them easy to understand. Some of these topics — I mean seriously, we’re talking about monetary policy here — have no business being exciting. And yet Tamny manages to bring them to life in a way that makes his 202 page book positively engrossing.

Credit is the central concept of Tamny’s book. “Credit,” Tamny writes repeatedly, “is not money.” Instead, it is “always and everywhere the actual resources — tractors, cars, computers, buildings, labor, and individual credibility — created in the real economy.”

To illustrate the meaning and value of credit, and why it exists as an independent phenomenon unaffected by central planners at the Federal Reserve, Tamny uses more than a dozen real-world examples. He cites technology firms like Uber, Amazon and NetJets. He tells fascinating stories about investors like John Paulson and venture capitalists like Peter Thiel. He employs a clever sports analogy about former Michigan football coach Brady Hoke and eventual replacement Jim Harbaugh. He explains the differences between investment in Silicon Valley and investment in Hollywood, referencing the careers of Spike Lee, Robert Downing, Jr., and Warren Beatty.

And he writes about Taylor Swift. A lot. Because she is awesome.

In a brilliant example demonstrating the real-world value of credit, Tamny constructs a hypothetical where Taylor Swift, who

In stark contrast to that, if I, Jon Schweppe, went to a venture capitalist — let’s say Shark Tank’s Mark Cuban — and asked for a million dollar investment for my upcoming hit album, “Songs About The Silver Line”, I would be mercilessly mocked. Taylor Swift, a born and raised American superstar, has far better credit than I do, even if I imagine otherwise after a couple drinks at the karaoke bar.

Taylor Swift might even have better credit than the Federal Reserve. Tamny uses this example, along with dozens of others, to demonstrate that the Federal Reserve’s attempts to decree credit “easy” or “tight” are ultimately feckless. Tamny argues that the free market, not the federal funds rate, determines who is deserving of credit and who is not based on an individual’s credibility.

An economist might counter, what about government spending? Doesn’t that constitute credit?

Tamny explains his assertion by highlighting a major difference between innovators in the private sector and bureaucrats in the federal government. In Silicon Valley, failure is viewed as a positive. It is, as George Gilder often refers to it, learning. Indeed, the vast majority of start-ups fail. But through failure, our economy learns. And through learning, we discover the ideas that are truly successful: Uber. Facebook. The iPhone.

There is no such thing as failure in the federal government. Instead, when a government program fails, the answer from politicians is often to direct even more money to the boondoggle! Tamny refers to Medicare, a quintessential example of government folly. When Medicare was signed into law in 1965, its budget was forecast to be just $3 billion annually. And in 1967, the House Ways and Means Committee projected the program would cost just $12 billion by 1990. As we now know, Medicare costs have ballooned. By 1990, Medicare costs had jumped to $110 billion. By 2014, those costs had risen to $511 billion. And by 2020, Medicare costs are expected to increase to an ungodly $1 trillion.

Tamny mocks the government phenomenon of subsidizing failure by imagining a world where government had backed Friendster, an early social media flop, at the expense of Facebook. In Silicon Valley, bad ideas die because they are ultimately starved of credit. In the federal government, politicians, indebted to special interests, refuse to accept failure and continue to invest in bad ideas. Medicare is, by any reasonable measure, a fiscal failure. But in government, bad ideas never die. By allocating resources toward bad programs, after stealing credit via taxes from the private economy, Tamny argues that the federal government is stifling economic growth and robbing us blind.

Obviously, this is a great book for monetary policy enthusiasts. It is sure to please many of Tamny’s fans who are already aware of his exceptional work. But Who Needs The Fed? is an important book at an important moment in our nation’s history. It is optimistic at a time when we desperately crave optimism. And it serves as a needed blueprint for achieving equitable prosperity for all.