Environmental Bureaucrats Need More Lessons in the Rule of Law

Jonathan Wood
|
Posted: Jun 08, 2016 12:01 AM
Share   Tweet
The opinions expressed by columnists are their own and do not necessarily represent the views of Townhall.com. 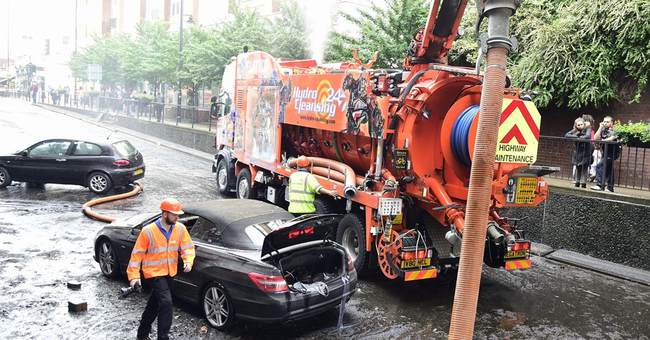 When will federal bureaucrats learn that they are not above the law?

Last week (Tuesday, May 31), the Supreme Court of the United States issued a stinging rebuke to a federal agency’s contention that, under the Clean Water Act, it could assert control over private property without the owners having any right to go to court to defend themselves. That is a brazen assertion, even for unelected, unaccountable bureaucrats.

In a welcome sign, the Supreme Court justices unanimously rejected the government’s extreme argument in United States Army Corps of Engineers v. Hawkes, Co. Justice Anthony Kennedy, long considered to be at the Court’s center, opined that shutting the courthouse door to such property owners would raise questions “whether the Clean Water Act comports with due process.”

Now, thanks to the Supreme Court’s decision, property owners no longer face a lose-lose choice of acceding to federal control of their land, pursuing an expensive and unnecessary federal permit, or risking massive fines and potential imprisonment if they do not dance to the bureaucrats’ tune.

This decision follows on the heels of another major Supreme Court defeat for unreviewable bureaucratic power. In Sackett v. Environmental Protection Agency, an Idaho couple began constructing a family home on their small, residential parcel, only to receive an order from the EPA accusing them of violating the Clean Water Act by placing sand on their property. The order demanded that they abandon their plans and return their property to its prior state, on pain of $37,500 in fines for every day that they did not comply.

In that case, too, the bureaucrats insisted that the property owners could not challenge the abusive order. Instead, they must either abandon any hope of ever building a home on their property or go forward with construction and wait for EPA to try to collect the ever-mounting fines.

The Supreme Court, again unanimously, rejected this bald assertion of unreviewable power and held that property owners receiving these threatening orders were entitled to have their day in court. To rule otherwise, Justice Samuel Alito explained, “would have put the property rights of ordinary Americans entirely at the mercy of Environmental Protection Agency employees.”

Despite these two overwhelming rejections of agency immunity from judicial review, the fight continues.

Pacific Legal Foundation, the public-interest property rights organization that won both Sackett andHawkes, has now petitioned the Supreme Court to hear a case that asks whether decisions to regulate private lands as critical habitat under the Endangered Species Act can be challenged in court. The U.S. Fish and Wildlife Service, which administers the Endangered Species Act, contends that such decisions cannot be challenged because the agency has unfettered discretion to include or exclude areas from its regulatory reach.

The case concerns designation of nearly 12,000 square miles of habitat on the west coast for the North American green sturgeon. The Endangered Species Act requires the agency to consider economic impacts before designating habitat, and allows areas to be excluded where costs exceed the benefits of designation. Yet the bureaucrats refused to even consider excluding many areas where the costs of designation were disproportionately high. Businesses and landowners affected by the designation filed a lawsuit challenging this failure to follow the statute, but the Ninth Circuit agreed with the agency, holding that affected property owners have no right to have a court review these decisions.

As with the two prior cases, this question is of profound importance. According to a study by Brian Seasholes, Director of the Reason Foundation’s Endangered Species Project, critical habitat designations impose more than $10 billion dollars in economic impacts. These huge impacts include private property owners’ costs of pursuing time-consuming and expensive federal approvals, modifying their plans to satisfy demanding bureaucrats, and abandoning plans entirely because navigating all the red tape is too expensive and uncertain.

Fundamental fairness demands that such impactful decisions be subject to serious independent scrutiny.

One would think that, after the two unanimous defeats, federal bureaucrats would get the message. But they continue undeterred. Perhaps, as they say, the third time will be the charm.