On Earth Day, Let’s Commit to Protecting the Environment – and Property Rights

Jonathan Wood
|
Posted: Apr 22, 2016 12:01 AM
Share   Tweet
The opinions expressed by columnists are their own and do not necessarily represent the views of Townhall.com. 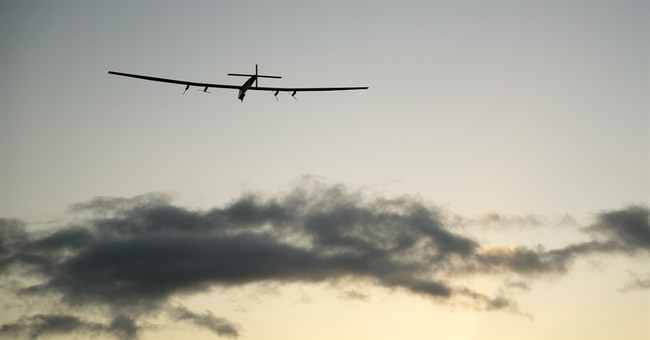 Can the federal government regulate all private property as if it were a national park?

Although it might not always seem like it from the nightly news, we have made great strides in improving the environment. Compared to the first Earth Day nearly half a century ago, we have clearer air, cleaner water, and are producing more with less – allowing deforestation to give way to reforestation.

Much of this progress has come through voluntary efforts and sensible regulation. Increased awareness of environmental impacts has made us better consumers, more sensitive to how our consumption affects our world. A budding movement of “enviropreneurs” is developing opportunities to make conservation and restoration more profitable. Several environmental groups leverage their donors' dollars to encourage voluntary conservation of ecologically important lands.

However, our thirst for environmental protection goes too far when we trample others' rights for some perceived environmental benefit. Several environmental groups are trying to do just that in a recently filed lawsuit concerning Grand Teton National Park in Wyoming.

Grand Teton National Park, like most national parks and federal lands, neighbors private property, and there is private property – called inholdings – within its boundaries. Under the Constitution, the federal government has broad power to regulate federal lands. But that power, referred to as the Property Clause, cannot generally be used to regulate privately-owned lands.

The environmentalist lawsuit challenges this limitation.  It contends that the National Park Service must ignore the constitutional boundaries on federal power and regulate inholdings as if they were part of the federally owned park. In particular, the groups want the federal government to prohibit hunting on state- and privately-owned lands, which they contend would benefit the park by promoting larger wildlife populations.

There is simply no logical stopping point to this sweeping expansion of federal power.  To begin with, it would allow federal regulators to run roughshod over property rights.   If environmentalists believe that a park would be better if views from within it did not include homes or other structures on private lands, federal bureaucrats could forbid private owners from making any use of their lands.

Moreover, if the federal government can control private lands surrounded by public land, why not private lands just outside the park?  And if it can reach those lands, why not other private property just beyond them?

Consider, for instance, what the environmentalists’ theory would mean if applied to federally owned migratory bird sanctuaries.  It would give the federal government control of any private property where birds might land during their migration. It could literally be used to regulate any private lands in the country.

If this lawsuit succeeds, it will radically broaden the scope of federal power.  The amount of private property that is near or adjacent to federal lands – and could come under federal control – is vast.   The federal government owns 28% of the land in the United States (47% in the western states). National parks are only a part of this. Hundreds of millions of acres are owned by agencies like the National Forest Service and the Bureau of Land Management.

Most people value environmental benefits, but that does not mean that we should violate our neighbors’ rights. A central precept of the Constitution is that the government cannot simply impress private property into public service, be that as a road, school, or park. As the Supreme Court has explained, rather than "forcing some people alone to bear public burdens," "fairness and justice" demand that these burdens be "borne by the public as a whole." If the government wants to control private property as if it were public, government must buy it.

This lawsuit threatens to subject private property to federal control without consent or compensation.  Such an unfair approach to environmental protection could undermine much of the goodwill for the cause that has built up since the first Earth Day. As we approach this holiday's fiftieth anniversary – which will be marked in 2020 – shouldn't we instead be celebrating progress and looking for more ways for people to voluntarily contribute to bettering our world?