Cutting Off the Head of the Trojan Horse

Jonathan Feldstein
|
Posted: Oct 29, 2020 11:41 AM
Share   Tweet
The opinions expressed by columnists are their own and do not necessarily represent the views of Townhall.com. 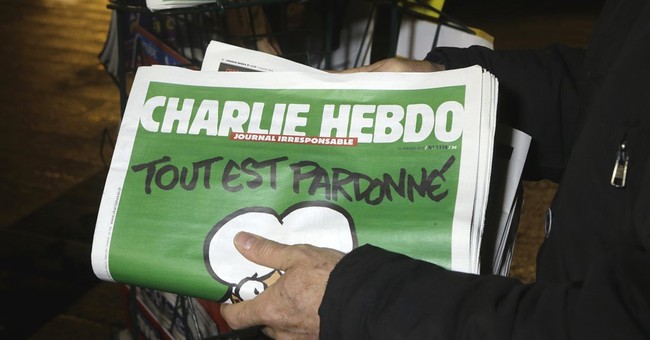 I have written before how the last decade’s trend of Europe in general, and France specifically, opening their doors to Islamic and Arab migrants with no limitations is akin to feeding a dangerous Trojan horse within its walls.

The most recent terror attack in France, the second in as many weeks, involving the beheading of innocent victims, must be a wake-up call to all those who care about the survival of western values, and to Moslems who care about how Islam and Mohammed are perceived.  It’s time to cut off the head of the Trojan horse that they have nurtured.

France has come under attack recently by a growing wave of extremist Moslems around the world related to comments that French President Macron has made not condemning the depiction of Mohammed in cartoons. The extremist reaction is fostered by heads of major Islamic countries who believe that the depiction of Mohammed in any way that they deem unflattering is blasphemous, and ought to be a crime punished by death.  Indeed, in their societies, it is. Macron has straddled a delicate line to retain “peace” within his country and not offend Moslems there.  But maintaining this balance has not only not maintained peace, but it has sown the soil for more violence to emerge.

While Macron mistakenly continues to walk the tightrope in fear of offending Moslems, the Mayor of Nice, Christian Estrosi, has been more forthright. Shortly after the attack he tweeted, "Enough is enough. It's time now for France to exonerate itself from the laws of peace in order to definitively wipe out Islamo-fascism from our territory."

By speaking his mind, he could become a contender for president among French citizens who want to see real peace and security restored to their country. At the same time, however, he has probably placed a target on his own back for other extremist Moslems seeking to kill him.

The problem is not unique to France but in recent years France has disproportionately suffered. It’s widely known that throughout French cities, there are areas that are simply off limits to police.  They have become semi-autonomous lawless areas, or at least areas no longer governed or controlled by local civil law.  These areas are governed by Islamic Sharia law which is problematic in and of itself, having a religious or ethnic group deciding that it is not accountable to the laws of the country in which they live, regardless of where that may be. It’s all the more problematic when the residents of these places who are adherents to the ideologies that govern these areas, spill over into other areas.

My suggestion is that to Moslems who read this and are annoyed and uncomfortable, you consider how you and others depict Islam and your prophet, and do so in a way that generates respect and understanding, not fear and violence, which only serves to erode respect and sympathy.

There’s a famous scene in “The Godfather” when a Hollywood producer refuses the request of Don Corleone to cast Johnny Fontaine in an upcoming movie in exchange for Corleone’s “undying friendship.” After the producer refuses, he wakes up in bed next to the head of his prize, a $600,000 horse. Who killed the horse remains a mystery, but not so with the trend of violence and beheadings in the name of Islam, the perpetrators shouting “Allahu Akbar!” God is great. Really?

Either innocent terror victims will continue to be sacrificed to preserve the honor of Mohammed, or the societies that have allowed extremist Islam to run wild need to behead the Trojan horse. There’s no room for moral relevance, political correctness, or the fear of being branded Islamo-phobic.

Let’s pray for the victims who are recovering, for the families of those who have been murdered, and that those who seek to exalt God will do so in ways that are more spiritual and honorable, rather than chopping off the heads of innocents.