A Sacred Obligation and a Solemn Opportunity

Jonathan Feldstein
|
Posted: Apr 18, 2020 12:01 AM
Share   Tweet
The opinions expressed by columnists are their own and do not necessarily represent the views of Townhall.com. 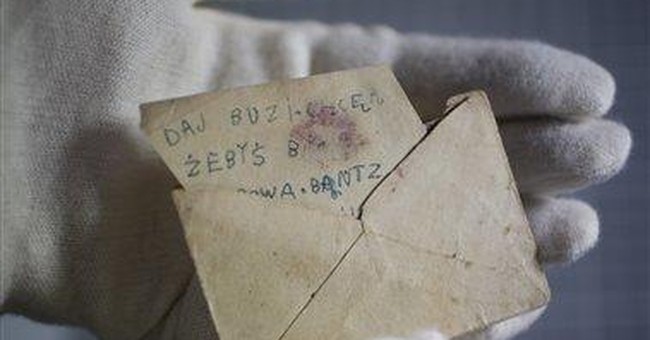 This week, Israel will observe Yom Hashoah, Holocaust Memorial Day. Seventy-five years since the end of the Holocaust, the number of now elderly survivors in the world declines by nearly ten percent each year, a number that will increase annually over the next decade. Many of these survivors live in dire need and suffer fear for their survival, different from but no less real than what they faced as young men and women.

In January, corresponding to the 75th anniversary of the liberation of Auschwitz, it was announced that in Israel alone there are only 192,000 remaining Holocaust survivors. Nearly 15,000 survivors died during the preceding year. At this rate, within 13 years, there will be no more living survivors among us.

Envisioning the time when there are no more firsthand witnesses, and the threat of Holocaust denial continues, there’s a great need to make a commitment to educate and inform people so that the horrors that survivors’ experienced are never forgotten.  The good news is that there is an abundance of material that’s available at the click of a mouse that one can access instantly; from Hollywood films to books and educational curriculums. Thanks to people like Steven Spielberg (if you haven’t seen “Schindler’s List,” please do so) who created a virtual library documenting Holocaust survivors’ testimonies, you can watch and learn from their first-hand experiences today and will be able to do so generations from now. The challenge is making time to do so, and for schools to make it a priority to teach it forever. (Please be in touch for recommendations.)

Amid the imperative to educate and remember, there’s a sacred obligation and solemn opportunity at hand with a very narrow window to make a difference. At the same time, Israel reported on the number of survivors still among us, it was also reported that a shocking 25% of them live below the poverty line.

There are many reasons why this situation exists including Israel’s disproportionate need to spend resources on defense, the influx of a large proportion of survivors among immigrants from the Soviet Union in the 1990s, and a political system in which, sadly, government ministers change with great regularity and prevent the implementation of a long term plan to be sure that their needs are met without a hiccup.

The faults notwithstanding, the obligation to help these people who suffered unspeakable horrors as young men and women is critical. As survivors age, and get sick and die at a faster rate, it is an opportunity that will only exist for, at most, another dozen or so years.

If aging and declining health were not a challenge enough, this year Israel’s elderly Holocaust survivors face threats that they have not seen been since they were young and living the daily threat of survival and death under the Nazis. With the impact of the Coronavirus, survivors are increasingly alone and lonely as they are at higher risk of contracting and succumbing to the pandemic.  Survivors are prevented from the warm embrace of their own children and grandchildren as much of the country has been living in lockdown.  The loneliness creates a level of PTSD that many have not felt in decades.

Financially, the array of social services that Holocaust survivors receive is threatened because of lack of resources. The situation is so bad for some, even many who live above the poverty line don’t have money to pay for heat in the winter, medicine, and food, and must choose what to spend their limited money on to survive during a global pandemic.

In response, this week the Genesis 123 Foundation announced a campaign to fill the gap and provide needs where they are not being met. Working with existing organizations in Israel to provide survivors with what they need, they are appealing for broad-based and immediate help.

With the mission to build bridges between Jews and Christians, there’s a critical added obligation and opportunity that the Genesis 123 Foundation seeks to address.  For most elderly Jewish survivors, the only experience they had with Christianity was negative, rife with hate and anti-Semitism. Jews in Europe grew up fearing the church.

This initiative allows the healing of a rift for which many Christians today repent, given the hate and other crimes committed in the name of “the church,” and in the name of Jesus. Knowing that support is coming from Christians who love Israel and the Jewish people unconditionally will create a tremendous amount of healing.

Rev. Linda Chandler, a Genesis 123 Foundation board member who has studied the Holocaust, emphasized the urgency and imperative for Christians to support this appeal. “As Christians, we have a unique and sacred obligation to care for and comfort people who survived unspeakable horrors, who will not be alive a generation from now, so they should be able to spend their remaining years without fear of any basic needs, whether physical or emotional.”

In announcing the campaign for immediate needs, the Genesis 123 Foundation also announced a bigger vision and is calling upon churches, synagogues, and all religious institutions to join for the long term. Plans are underway to create the Holocaust Survivor Relief Fund that will provide for an array of survivors’ needs for the next 15 years. The vision is to provide any unmet basic needs from food and medicine to heat and warm clothes as long as there is a living Holocaust survivor among us.

Rev. Chandler added, “We know that people are struggling now with their own needs. We are not asking for a specific commitment now, but we do call upon everyone to declare their intention to do so. God willing, we will show abundant love that will bless these precious people who suffered so much so they live their remaining years in comfort, without any fears.”

Jim Jordan: FBI Is Engaging in Purge of 'Conservative Employees'
Townhall
Another Ron Klain boast (an attempted dunk on Trump) is aging like fine milk in the summer sun
Twitchy
Past Statements Come Back With a Vengeance to Haunt Joe Biden and Ron Klain
Redstate
Ginny Thomas Ruins J-6 Committee's Plan to Destroy Her
PJ Media