Jonathan Feldstein  |  Aug 05, 2019
The opinions expressed by columnists are their own and do not necessarily represent the views of Townhall.com.
Top Columns
Trending on Townhall Media 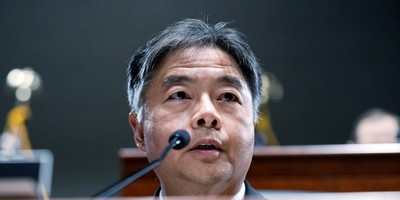 At the beginning of a recent trip to the US I was privileged to find myself in the office of my congressional Representative, Bonnie Watson Coleman, (NJ 12th District) discussing legislation related to providing security in the Middle East against the rising tide of Islamic extremism, and combatting anti-Semitism. I left the meeting hopeful, and grateful as an American to have the privilege to express my views with my elected representatives.

Last week, my hopes were dashed when, in one of the most sweeping, nearly unanimous, and indeed hopeful, bipartisan votes that Congress has seen in some time, 398-17, Watson Coleman voted against Israel, along with 16 opposed.  The anti-BDS resolution, which she voted against, condemns boycotting Israel in a way that’s become synonymous with anti-Semitism and delegitimizing its very existence as a Jewish state.

Albeit joining a tiny minority against the resolution, her “nay” vote was not insignificant. It needs to be challenged and called into question for the very anti-Semitic nature that it represents.

Not only to me personally but to all Americans, her vote turns her very title on its head as being un-representative.

BDS portrays itself as “merely” opposing certain policies of the sovereign government of Israel.  BDS supporters would have you believe that once the Israeli government policies (or the government itself) change, there will be no more boycotting of Israel.  But what they really want is no more Israel.

The co-founder of BDS, Omar Barghouti, is unambiguous: “No rational Palestinian will ever accept a Jewish state,” and “We are witnessing the rapid demise of Zionism, and nothing can be done to save it, for Zionism is intent on killing itself. I, for one, support euthanasia.”

The fact is that BDS is a recent incarnation of an anti-Semitic economic war that saw its seeds sown in Nazi Europe with boycotting of Jewish businesses. The irony of this is two-fold; first that supporters of the “right to boycott Israel” liken it to the US boycott of Nazi Germany.  Second, earlier this year the German parliament passed a similar anti-BDS resolution, likening BDS to the Nazi boycott of Jews and Jewish businesses. Talk about having your cake and eating it too!

Why is opposing BDS so important as Americans?  In response, Rep. Lee Zeldin called out BDS as a “movement (which) attempts to undermine and destabilize Israel, our greatest ally in the Middle East. Israel is a beacon of hope, freedom and liberty surrounded by existential threats. BDS attempts to use economic tools to boycott Israeli goods and services and punish individuals and entities supporting Israel. It attempts to use harassment and intimidation to turn Israel’s supporters against the country.”

Making BDS even more perverse, and all the more so that Rep. Watson Coleman supports it as being legitimate, its backers dispense rhetoric of supporting “Palestinians.”  Yet as much as BDS makes any economic impact against Israel, it hurts Palestinian Arabs no less, possibly more.  By boycotting companies that operate over the “green line,” employing Palestinian Arabs in jobs with salaries and benefits greater than they could get in the Palestinian Authority, they directly harm those for whom they allegedly advocate.

Also, by not calling out terror and incitement that’s rabid among Palestinian Arabs, including Hamas and Fatah, and runs deep throughout Palestinian Arab society, they avoid really advocating on behalf of the people whose interests are hijacked by their leaders. If allegedly acting on behalf of the “Palestinians” one would think that BDS leaders would decry Hamas and other Arab terror groups using women and children as human shields, and decrying their investing more in building terror tunnels from Gaza than building homes and schools with the same resources.

This makes BDS not only anti-Semitic, but racist in not holding Arabs to the same international standard to which Israel and others are held.

You’ll never hear a peep from BDS advocates who seek to undermine Israel at every turn, when Palestinian Arab terrorists fire rockets at Israeli communities, or send incendiary devices to burn down towns and fields downwind from their deadly and dangerous terror-inspired activities. That’s considered legitimate “resistance.”

BDS also prevents a negotiated peaceful settlement by deluding Palestinian Arabs into thinking that this is another way to defeat and delegitimize, rather than live alongside, Israel.

Numerous examples abound how BDS is no longer even secretly cloaking its anti-Semitic activities as “just” being anti-Israel. BDS has become synonymous with rabid anti-Semitism. With the recent rise in violent anti-Semitism across the US, how is it possible that a US Congressperson of any integrity would vote against a resolution (not even a law) that seeks to condemn anti-Semitic BDS activities? Does she not know, or not care? Either way, through her vote she’s thrown herself in with the anti-Semites.

When I asked for clarification, I was told that she does not support BDS, but voted this way to express her support of the right of people to boycott. I pushed back asking if it’s OK to join a boycott that’s uniquely anti-Semitic. Is this not at least passive acceptance of and incitement to more anti-Semitism?

Had Congress been presented with a resolution opposing boycotts of businesses owned by Asians, blacks, LBGTQ persons, Hispanics, Christians, Hindus, or Moslems, Rep. Watson Coleman would surely have voted in favor.

In fact, just two months earlier Rep. Watson Coleman voted in favor of a resolution condemning virtually all forms of bigotry. Now, she directly contradicted her own vote, along with 16 others, by siding with the anti-Semites.

Americans know and deserve better. “Hate Has No Home Here” signs are ubiquitous.  How is it that any “representative” in Congress can be opposed to all other forms of hate and bigotry other than anti-Semitism, as this misguided vote against the recent BDS resolution indicates?